Three days to cross the heart of Australia, enjoy the comfort and independence of a platinum private box and the rich Australian cuisine in the car? This is not a fantasy! 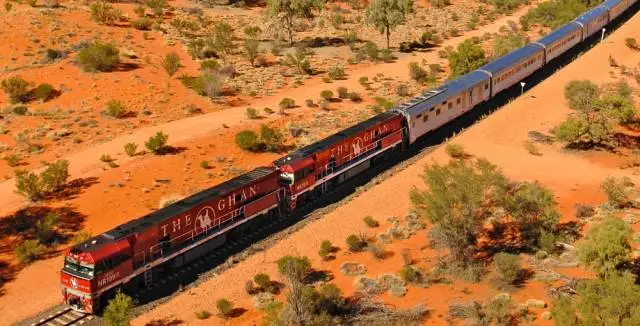 Watch a crocodile food on a small cruise ship. The helicopter overlooks the lush rainforest of Lichfield National Park. At sunset, enjoy the feminine and tranquility of Darwin's sunset at the sea-view restaurant in Cullen Bay. This is not a daydream! 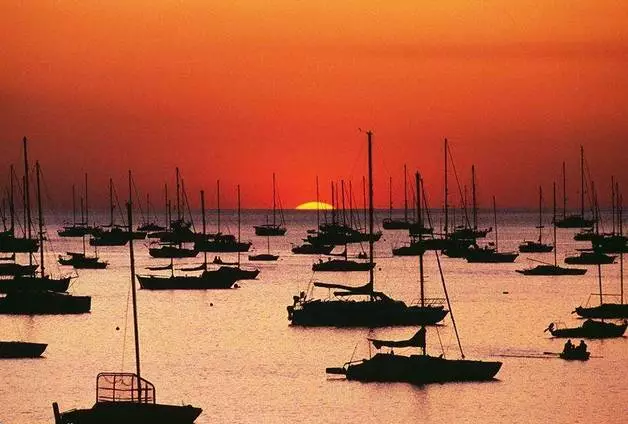 Private jets fly to Kangaroo Island, Seal Bay and Hansen Bay, and visit the unfenced zoo; stay in the island's super five-star luxury camp, lie in a private bathtub and enjoy the magnificent view of the South Pacific Ocean and the boundless seascape and the sandy beach~ 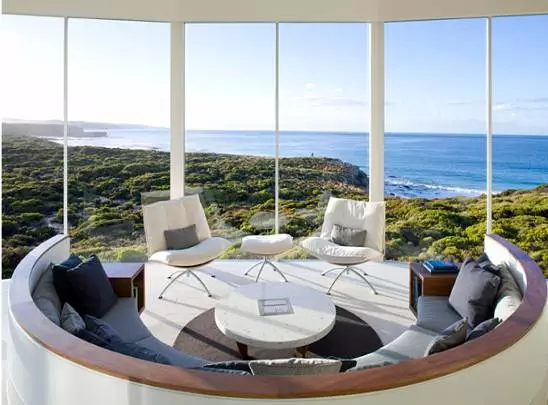 At the winery, you can make a wine that suits your taste of tannins. Stay overnight in the middle of the vineyard, and sleep with the smell of grapes... These are not idiotic dreams! 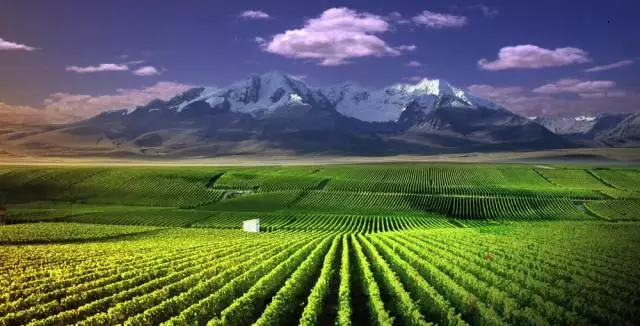 Who said that the superb wild luxury experience can only be played in Africa? ! Come to Australia's "Gan" limit crossing tour, you can definitely subvert your impression of this continent!

Darwin is the capital of Northern Australia and a relatively famous tourist city. The British biologist Darwin visited it in 1839, so the city was named after him. Originally a place of residence for indigenous people, it was developed rapidly after the discovery of gold mines in the 1970s. In 1974, it was severely damaged by hurricanes and later rebuilt to become a beautiful and highly developed city with modern streets and buildings. . 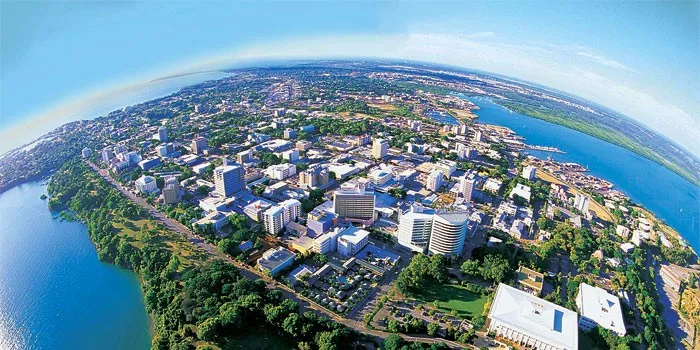 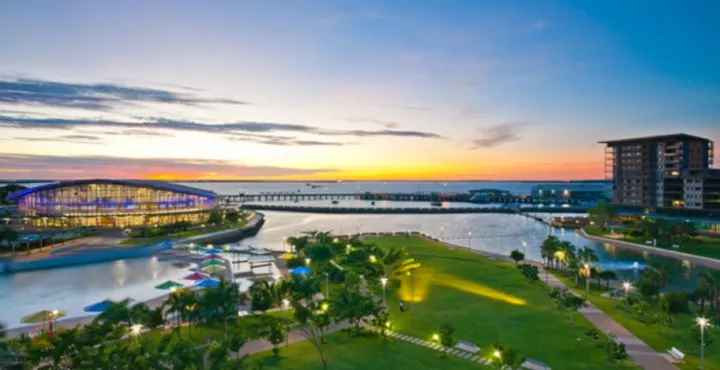 Take a private yacht to the sea, accompanied by a professional guide to the fish-rich sea fishing, bring back to the shore to cook fresh ingredients and enjoy a seafood dinner. 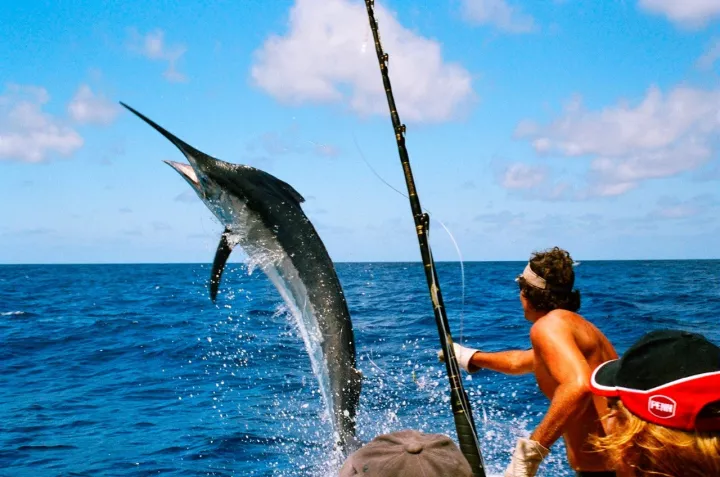 Every year from October 1st to February 28th, the Northern Territory Government holds the Million Fishing Grand Prix. Applicants will have the opportunity to catch up to 99 AUD 10,000 and 1 million in Darwin's offshore and river waters. Australian dollar lungfish. 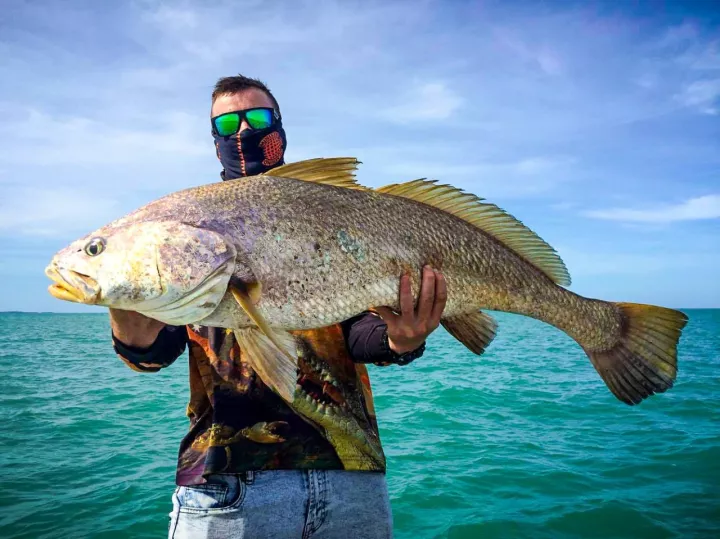 A bird's eye view of the lush rainforest is dotted with crystal clear water pools, thundering waterfalls and tall termite nests. Walk to Tormer Falls and enjoy the sweeping valley views and swim in Buriyantan. Take a four-wheel drive adventure to the Turnera Falls, the historic Bryce farm ruins and the eroded sandstone hills of the Lost City.

It is the gateway to Australia's heart and has the opportunity to explore some of Alice's iconic sights and trace its remarkable achievements in Australian history.

Take a trip to the elite in a short time, visit the Telegraph Station, the Royal Flying Doctor, the National Pioneer Women's Hall of Fame or the Reptile Center - the only reptile park inland. In addition, look out over the entire Alice Springs city landscape in the Anzac Mountains!

It is a well-known ecological nature reserve and holiday resort in Australia. The island has 21 national virgin forest parks and animal and plant nature reserves, accounting for 1/3 of the island's area, the largest of which is Flinders Keys National Park. 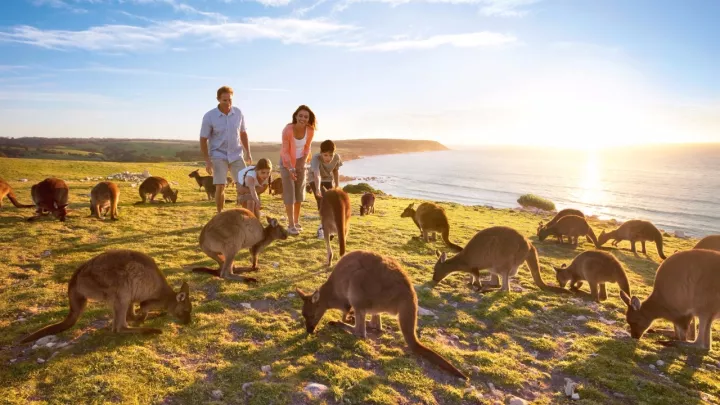 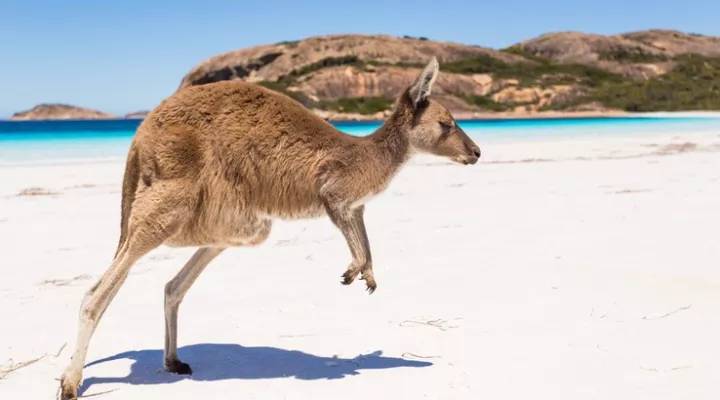 The island’s well-known attractions are mainly located in national parks and conservation parks, including: Battleship Arches in Flinders Chase National Park, Magic Rock, Seal Bay, Caves at Kelly Hill, Lighthouses at Cape Verde, It is able to look around the island's Prospect Mountain, the small Sahara on the southern coast, the Murray Lagoon and the Padna Wild Park where many waterfowl inhabit. 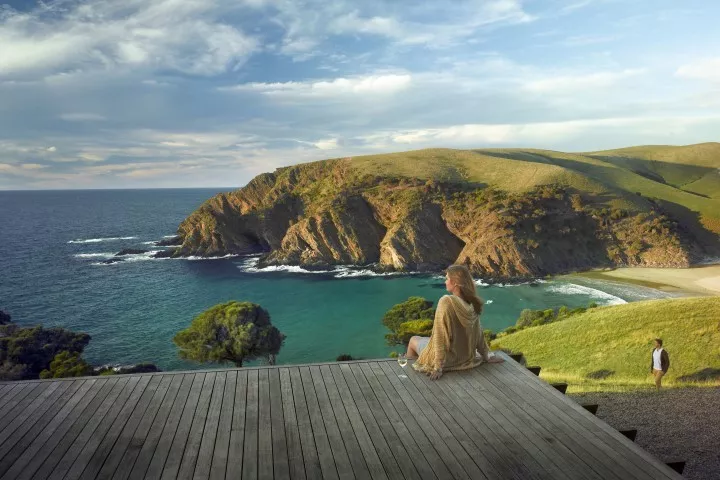 The Barossa Valley in South Australia is a world-class wine region. The mellow wines here have a history of generations. With 150 vineyards and over 70 wine cellars, you can enjoy a drink in the Barossa Valley. In addition to the winery, you can also visit the charming cultural heritage towns and visit the works of local galleries, antique shops and craft shops. 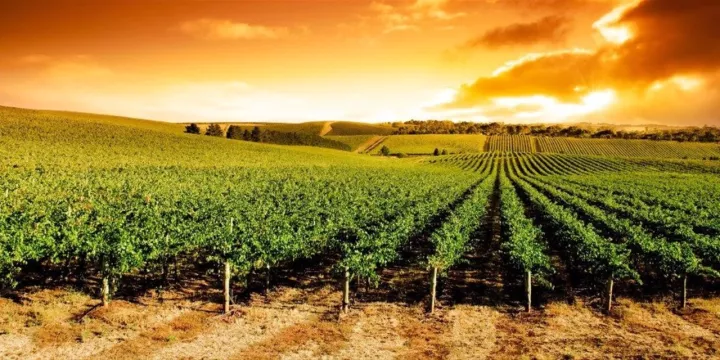 It is Australia's most famous and largest winery, and it is regarded as a symbol of Australian red wine, known as the aristocrat of the Australian wine industry. In Australia, this is a brand that no one knows, no one knows. At Penfold, you can make your own label wine, I believe this will be an unforgettable experience. 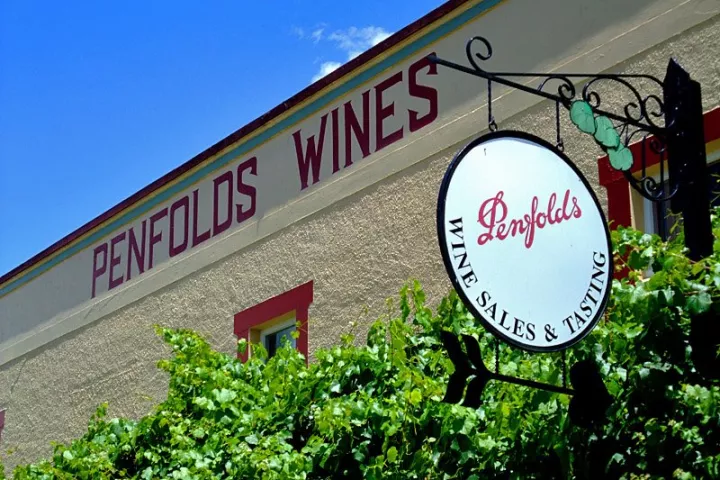 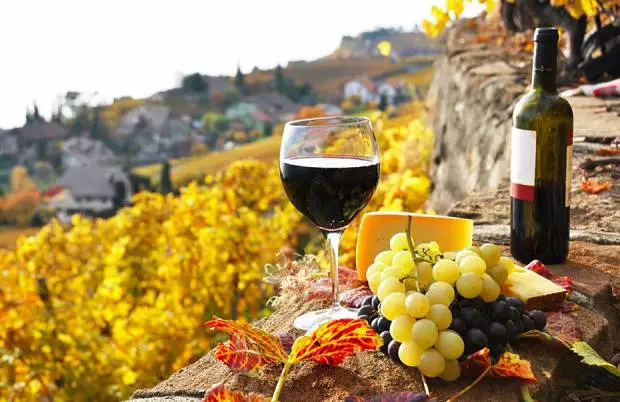 It is different from other wineries, it has a large garden, an old wine cellar, an art center, a shopping mall, a superior holiday villa and a restaurant. There is also a barrel factory where VIPs can see barrel craftsmen using old craftsmanship to produce oak barrels. You can also find the wine of your birth year here, if you want, you can buy it as a souvenir. 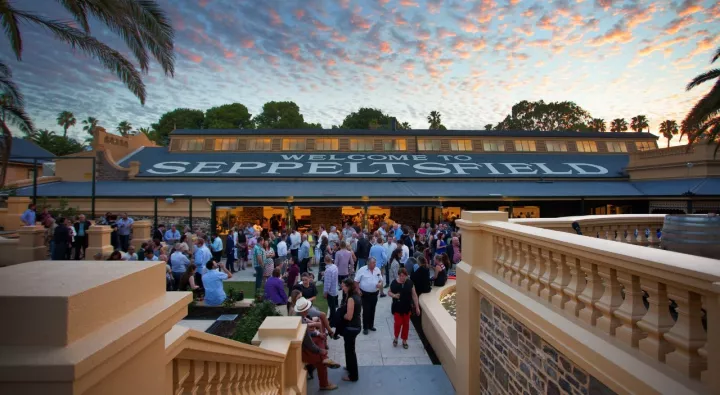 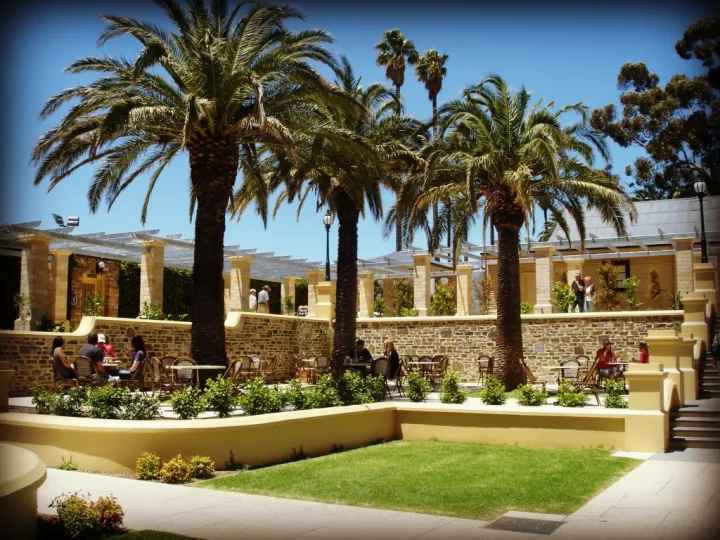 Adelaide, also translated Adelaide, Australia's fifth-largest city and the capital of South Australia, has been named one of the most liveable cities in the world for many years. Adelaide has many monuments such as the Anglican Cathedral and the Roman Catholic Cathedral. 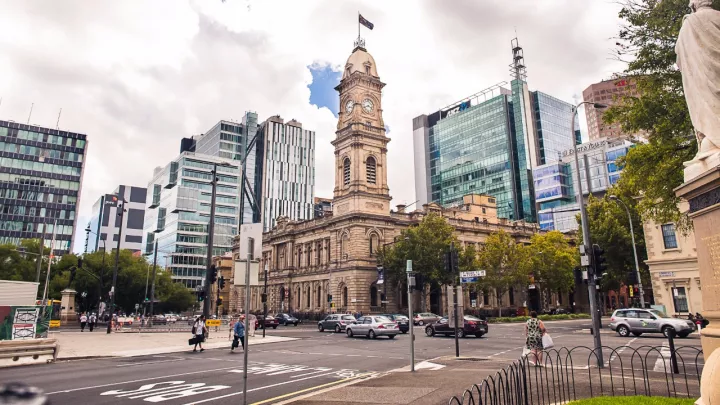 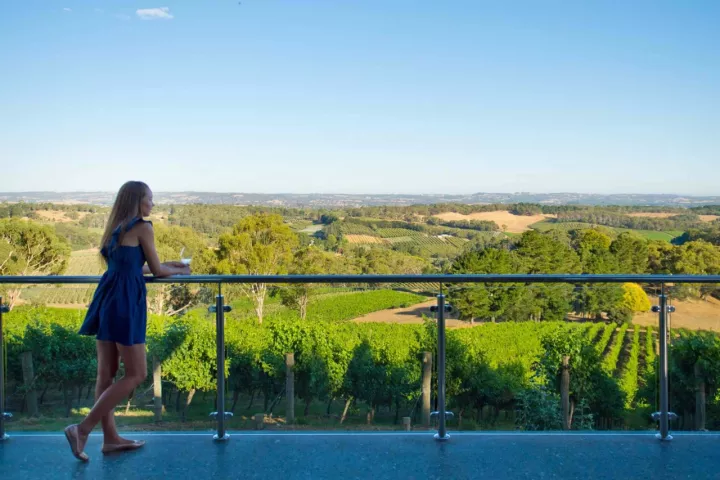 One of the most popular beaches in South Australia, where you can swim with dolphins and watch the sunset. In addition, Adelaide has Henry Beach, Brighton, Glaxo and Safari Beach, among others, with excellent fishing piers, snack bars, cafes and restaurants. 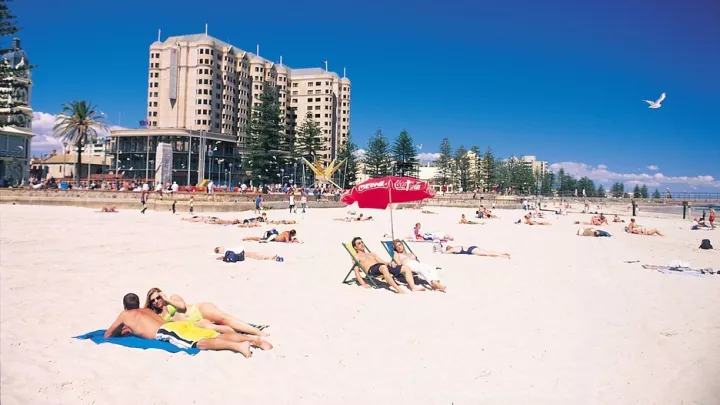 This is ranked as one of the top five train routes in the world by the famous travel magazine Lonely Planet, occupying the first place on the list. The Gan train is named after an Afghan cavalry who has been on the railway line. Its route runs through the entire continent through the central region of Australia. It experiences a journey of excellence across Australia's north and south continents within three days, and visits the two treasures of Australia's Northern Territory. Stone center and tropical high end. 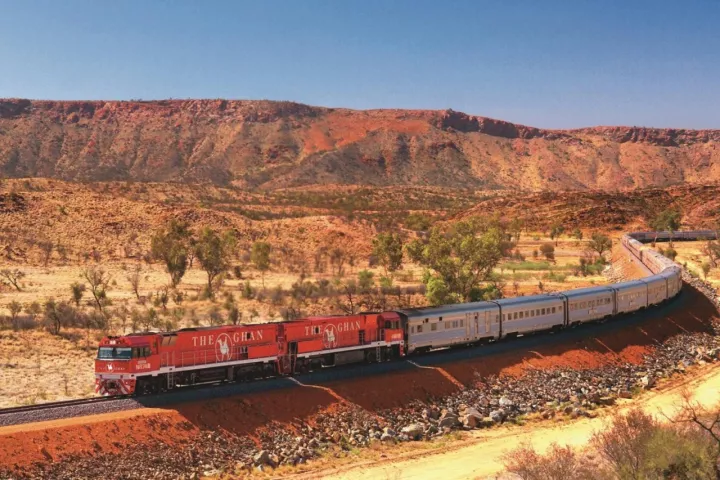 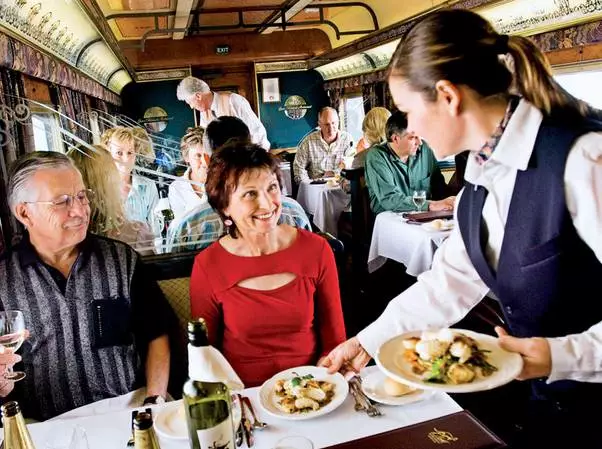 The Platinum Cabin offers approximately twice the size of a luxury accommodation in a gold standard twin cabin. Each room has a double bed and a spacious bathroom with 24-hour room service and breakfast in bed. In theory, they don't even have to step out of the room because the room is equipped with a set of sanitary facilities and an oversized window to take in the scenery along the way. Serving in the classic Adelaide theme dining car, enjoy the finest freshly prepared food from Australia's top chefs and Australian mellow wines. 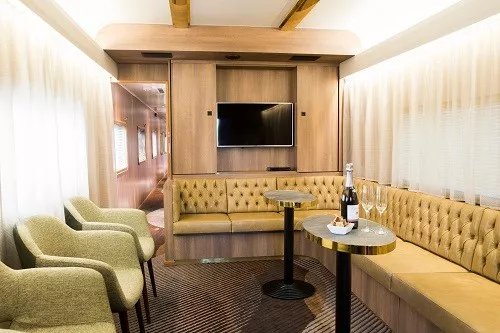 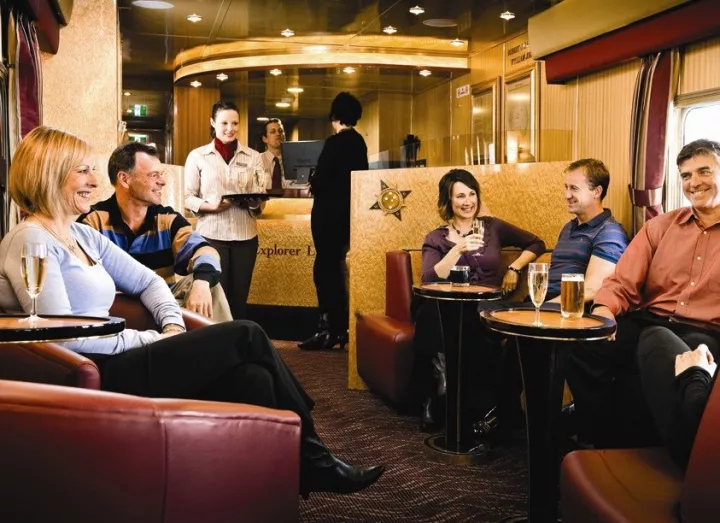 Exclusively designed, this award-winning, world-class hotel combines a romantic experience with a natural and pure atmosphere on the southwest coast of Kangaroo Island. 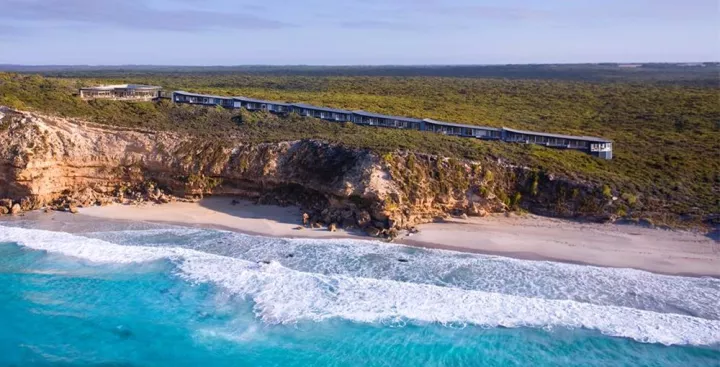 Through the floor-to-ceiling windows, you can see the magnificent landscape of the South Pacific Ocean and the boundless seascape and sandy beaches, while the interior is an absolutely private space for rest. 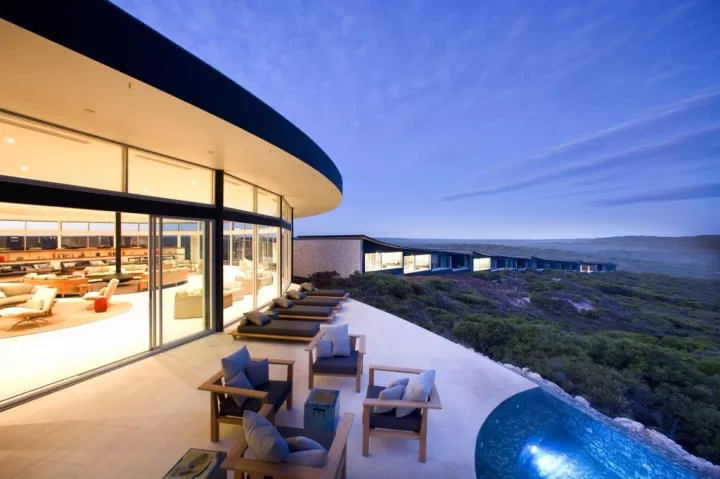 There is also an exclusive personalized travel route design to create a beautiful encounter with Kangaroo Island. In the evening you will have the opportunity to enjoy an exclusive spa massage for a relaxing and enjoyable experience.