Mysterious than Angkor Wat, with the name of the Great Wall, explore the Javanese country hidden in the jungle

What are the four wonders of the ancient East?

There is the Great Wall, which we are most familiar with and proud of, the Taj Mahal that is praised by Tagore as "a drop of eternal tears", the Angkor Wat recommended by Lonely Planet, and what? 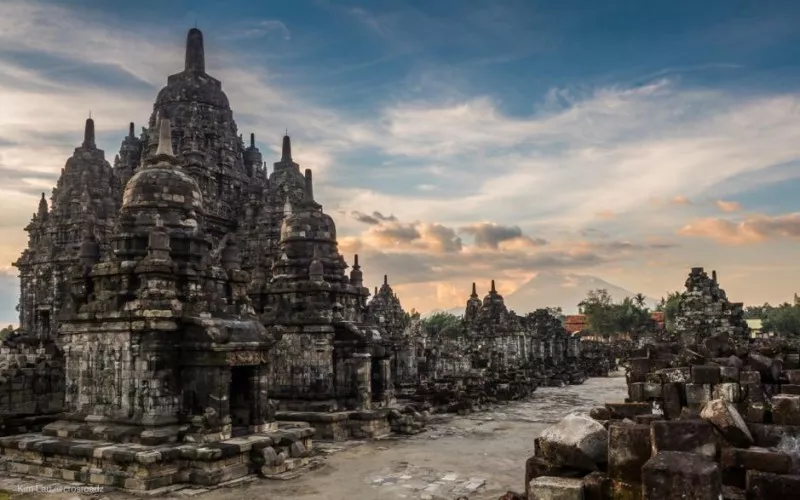 a smile that has been buried for millennia

Speaking of Yogyakarta, many people are not familiar with it, but most of them have heard of the "Java State", and the origin of the Java State is in Yogyakarta. The oldest part of Indonesian culture is Javanese culture.

Indonesia is now the country with the largest Muslim population in the world. In the 14th century, Islam began to be introduced from the northern coastal areas of Java, and gradually integrated with local traditional culture to develop a diverse Islamic cultural system. But in fact, from the 5th century AD, Buddhism and Hinduism flourished in Central Java. 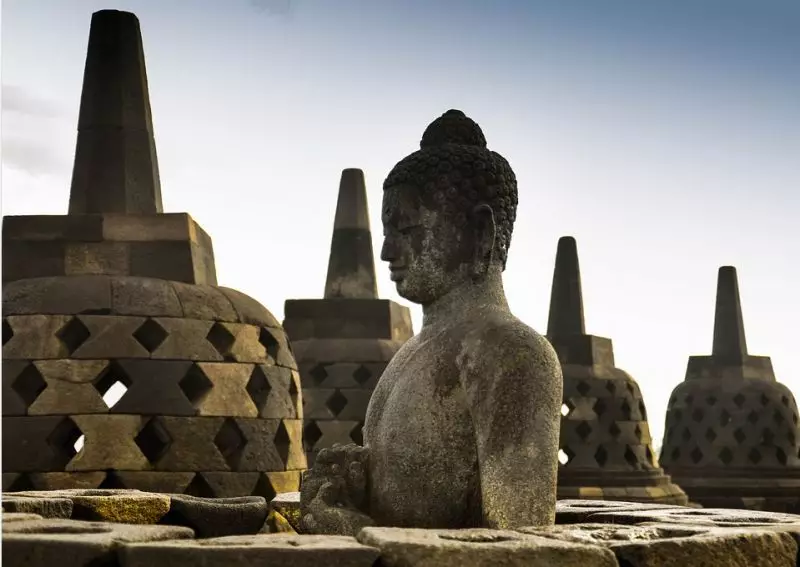 Located at 40 km west of Yogyakarta, the Borobudur Temple is the largest Mahayana Buddhism temple in the world, witnessing the long history of Java. 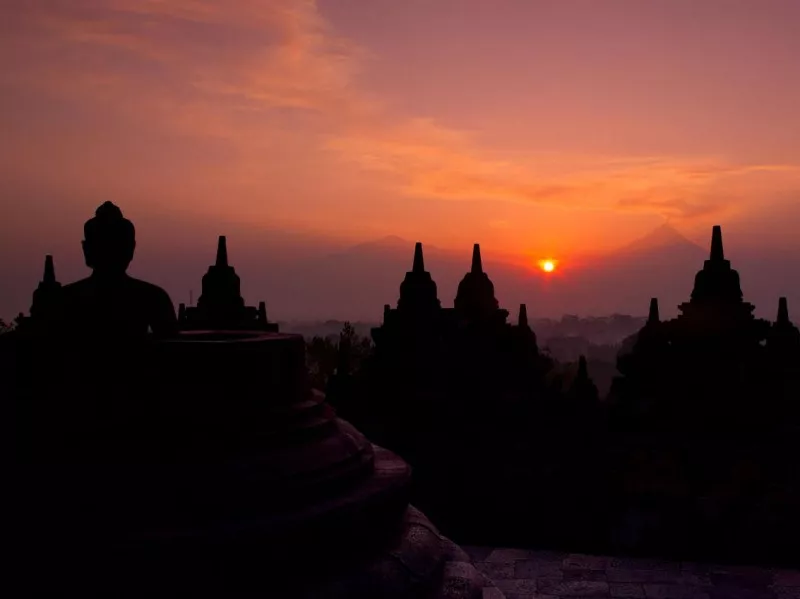 The name "Borobudur" may come from the Sanskrit word "ViharaBuddhaUr", which means "the temple of the top of the mountain." Later, because of the volcanic eruption, this stupa group, sleeping in volcanic ash and jungle for thousands of years, was not cleared until the early 19th century. It is also known as the Great Wall of China, the Taj Mahal of India, and the Angkor Wat of Cambodia. 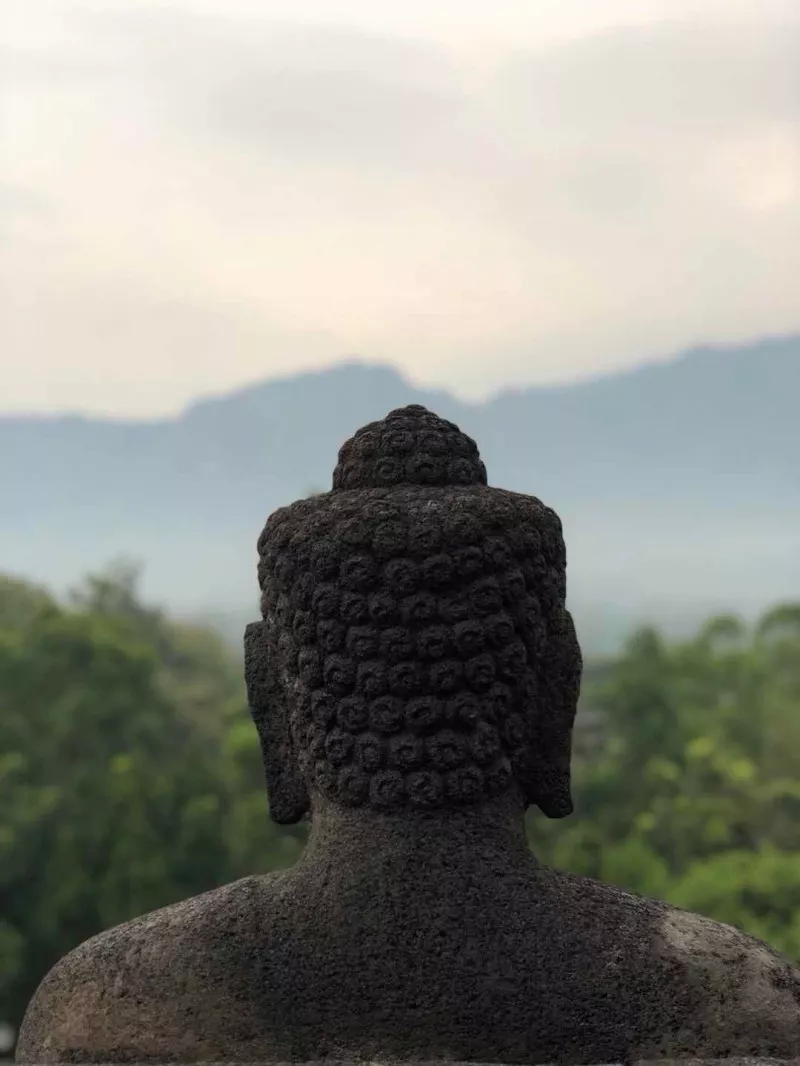 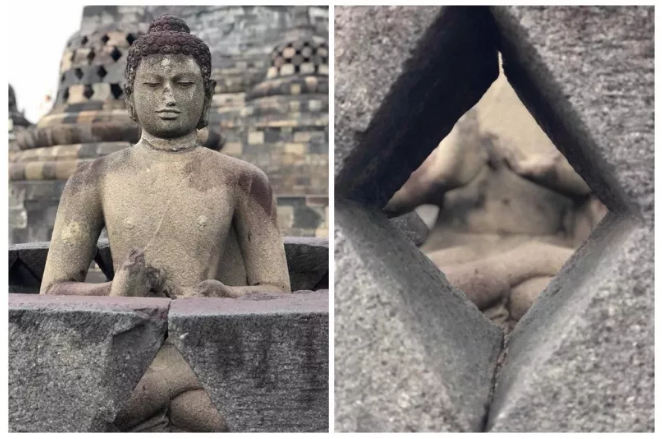 CNN selected the world's "27 scenes in this life" selected in 2012, and Borobudur ranked first at sunrise! Such a high evaluation, of course, can not miss this dreamlike beauty! 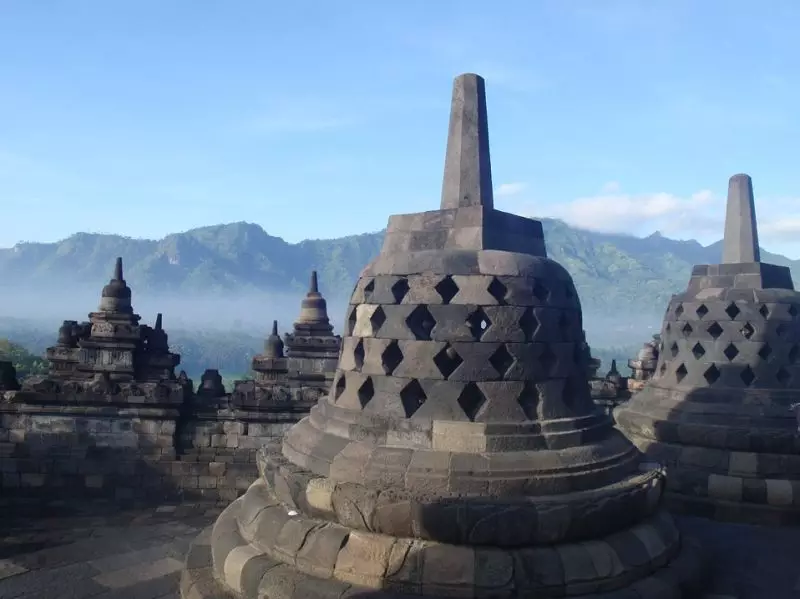 On April 1, 2011, the Indonesian Borobudur Stupa, standing on the spectacular sight of the Borobudur Stupa in Indonesia. The sun rises from behind the Merapi volcano in the distance, illuminating the smoke from the volcano. A stupa with a hollow structure and a statue of Buddha admire the appearance of this wonderful scene. The forests and villages are shrouded in dense fog, making this photo full of beauty and art. 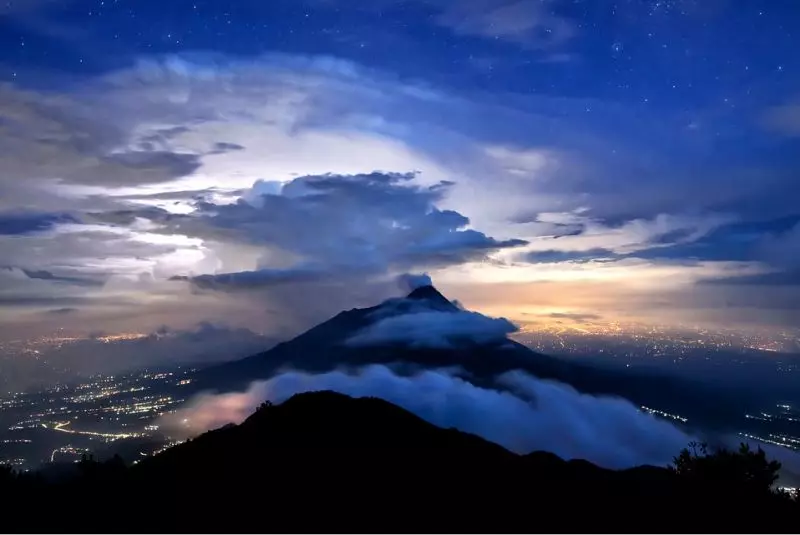 Mount Merapi is a conical volcano that has been erupted 68 times since 1548 and is the most active volcano in Indonesia.

With the gradual decline of Buddhism, Hinduism has risen in the Java region.

Built in the 10th century, the Prambanan temple complex is the largest Shiva complex in Indonesia. Six temples rise in the middle of the Concentric Square: three of the main temples are decorated with reliefs of the Ramayana epic, dedicated to the three Hindu gods (Shiva, Vishnu and Rama); The temple was built to protect the animals of the gods.

The 2006 earthquake severely damaged more than 200 mausoleums under the platform. As the stone on the ruins was gradually reduced, the restoration project could not be completed in a few years. 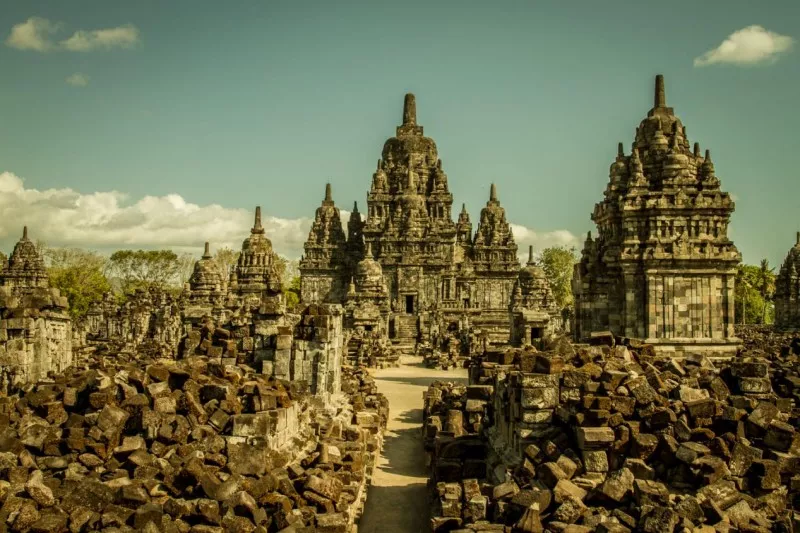 The main shrine in the center courtyard is 47 meters high. The decorative patterns on the walls are drawn from mountains, lotuses, exotic animals and figures, fairies, etc. The leaves and branches are curved and wrapped between various patterns. The whole building creates A fantastic fairy world. 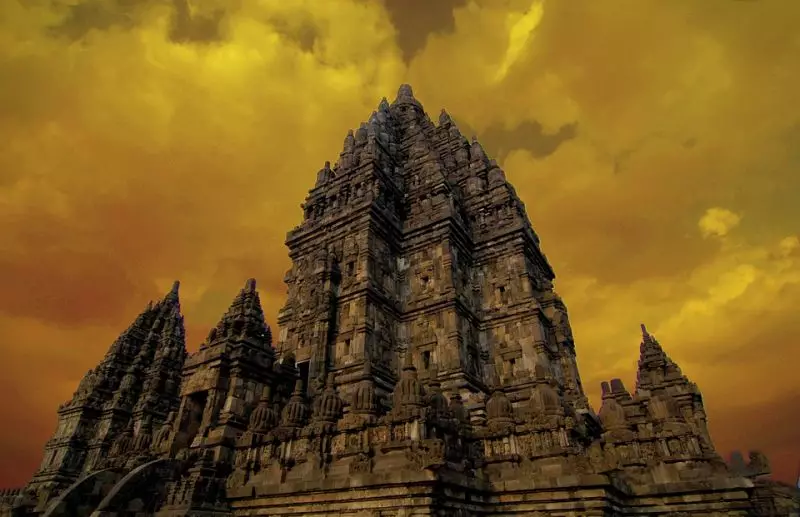 The world's three major religions have left a clear mark in the Java region, so Java has formed an Islamic world based on Hinduism and Buddhist culture, which is unique to other historical cities in the world.

The well-known designer Ed Tuttle draws inspiration from the Borobudur, blends the cultural heritage of Yogyakarta and Borobudur, and builds a stunning and low-key palace with a sense of humility in Buddhism. The name of this palace is - Anzhen Jiwo. 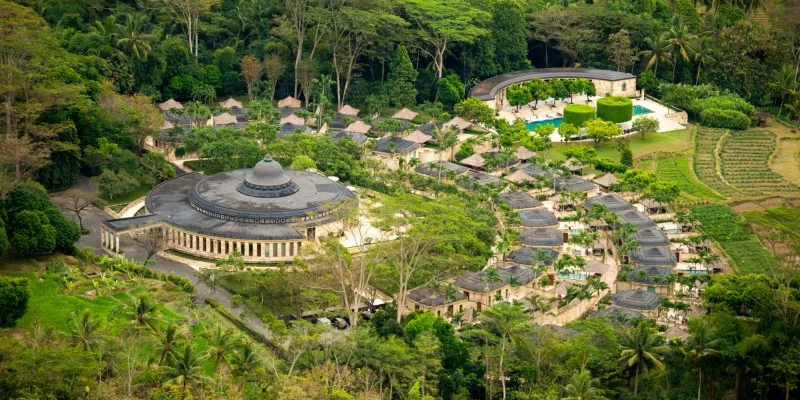 At first glance, it has a stunning feeling, a kind of harmonious and peaceful beauty that irons the heart, and the realm of emptiness and swaying cannot be said. 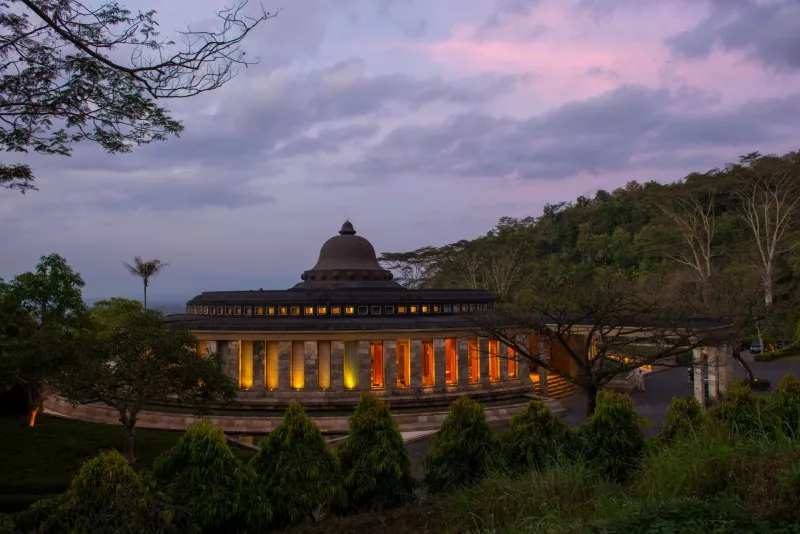 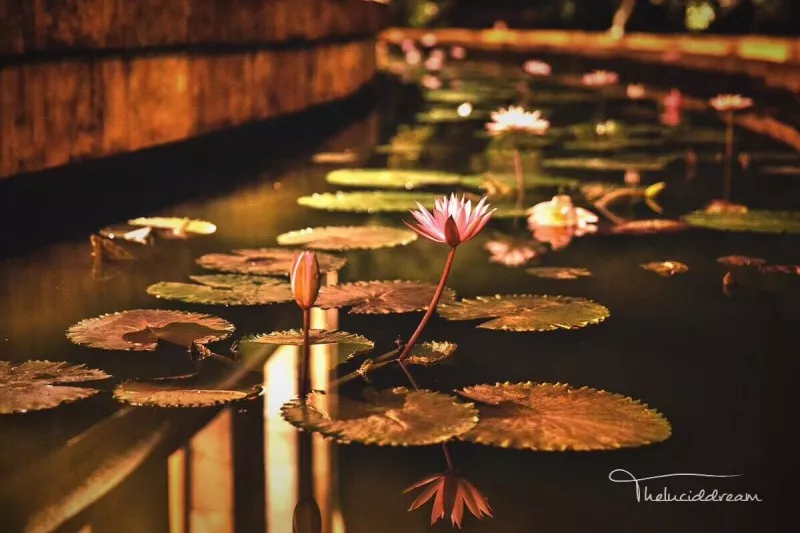 The circular dome is also the hotel's breakfast room, looking out through a stone pillar, or the mountain, or Borobudur. Let people forget both life and mind. 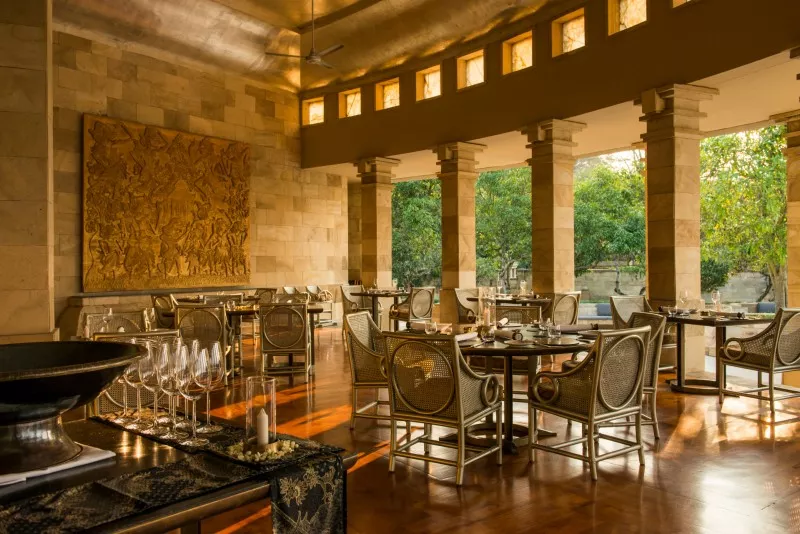 || When Hume becomes a ritual

35 separate single-family rooms, semi-circular around the hotel's iconic dome main building, interspersed with intricate laneways. No matter where you are in the hotel, you can easily look at the top of Borobudur and enjoy a unique perspective. 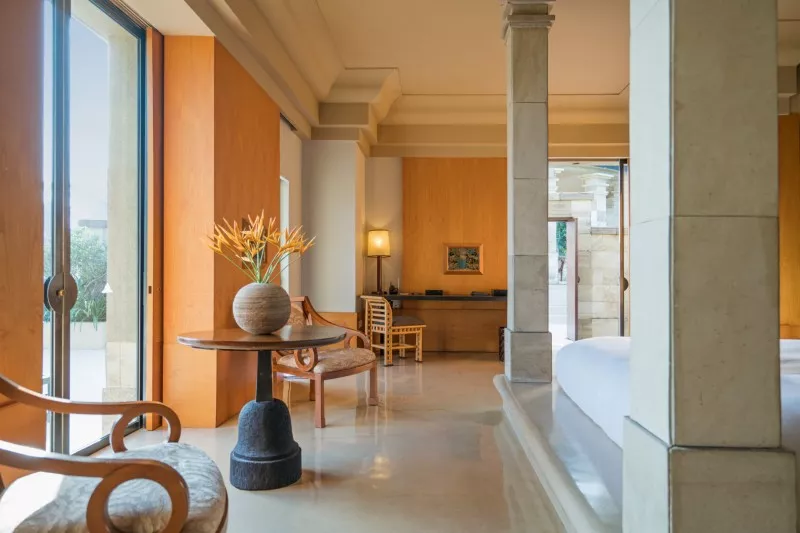 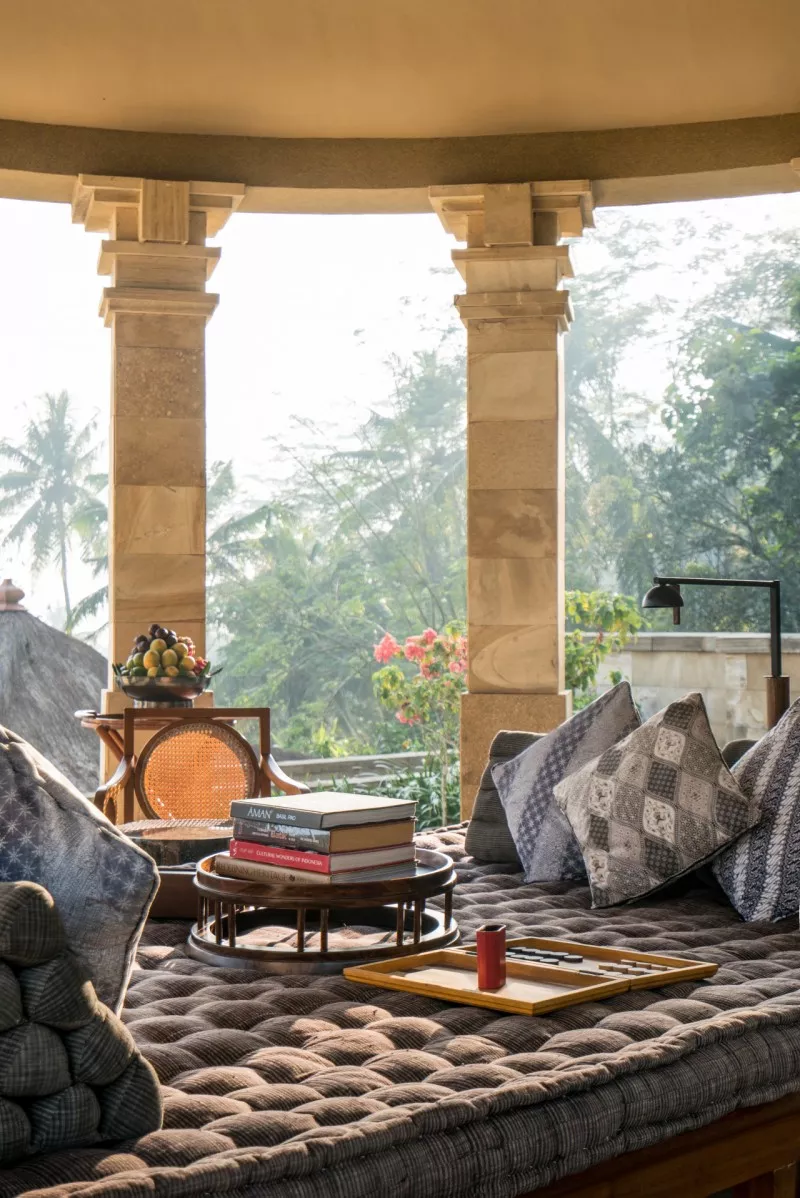 Balance and harmony were infinitely magnified, and local children were seen playing from time to time. They wore costumes from Yogyakarta and spread a pure smile. The hotel removed the wall and blurred the border with farmland. People and people, the original harmonious coexistence between man and nature, this is the way of life. 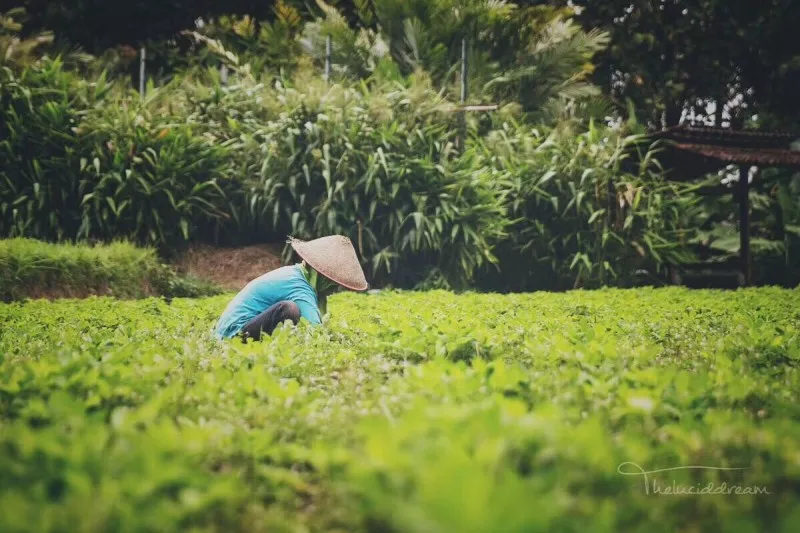 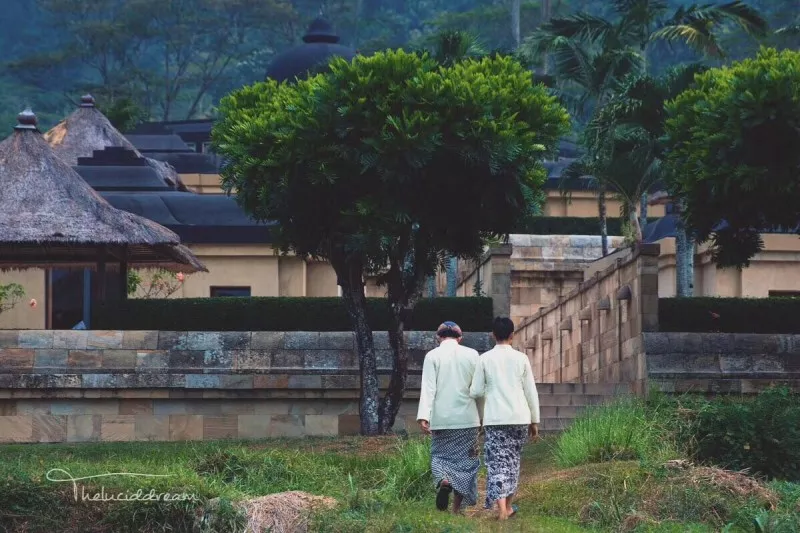 The harmony of mind and body is handed over to the well-kept pool of Anzhen. Looking out from the pool is a return to the basics of farming. 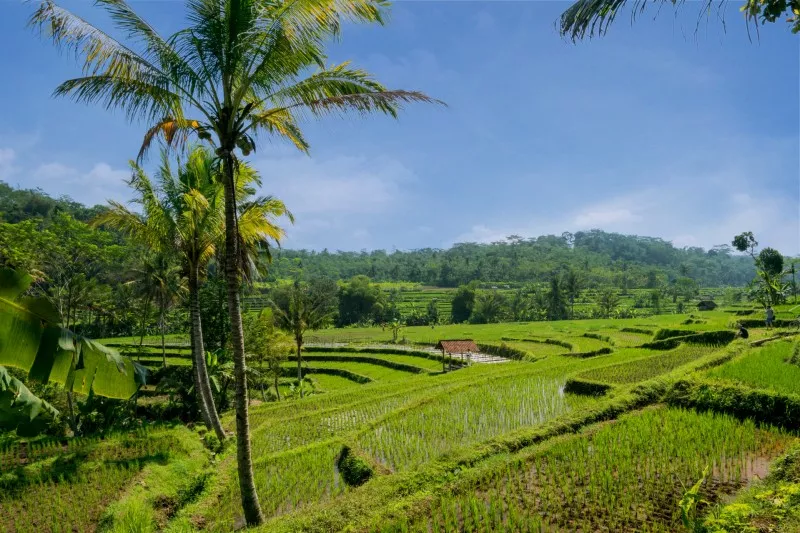 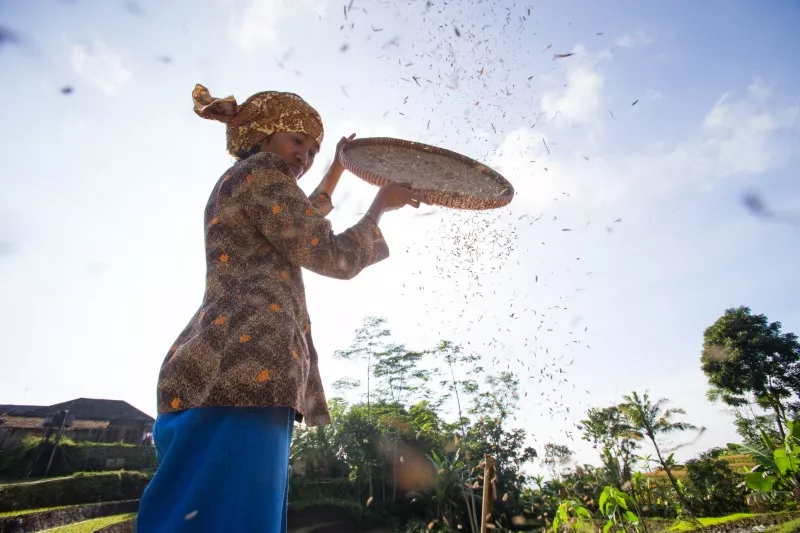 Anzhen Jiwo has its own farmland, and most of the ingredients come from here. The professional chef will cook Javanese and Indonesian cuisine for you. With the long history of Indonesian folk music gamelan, you can enjoy the natural scenery in the distance and enjoy the moment. 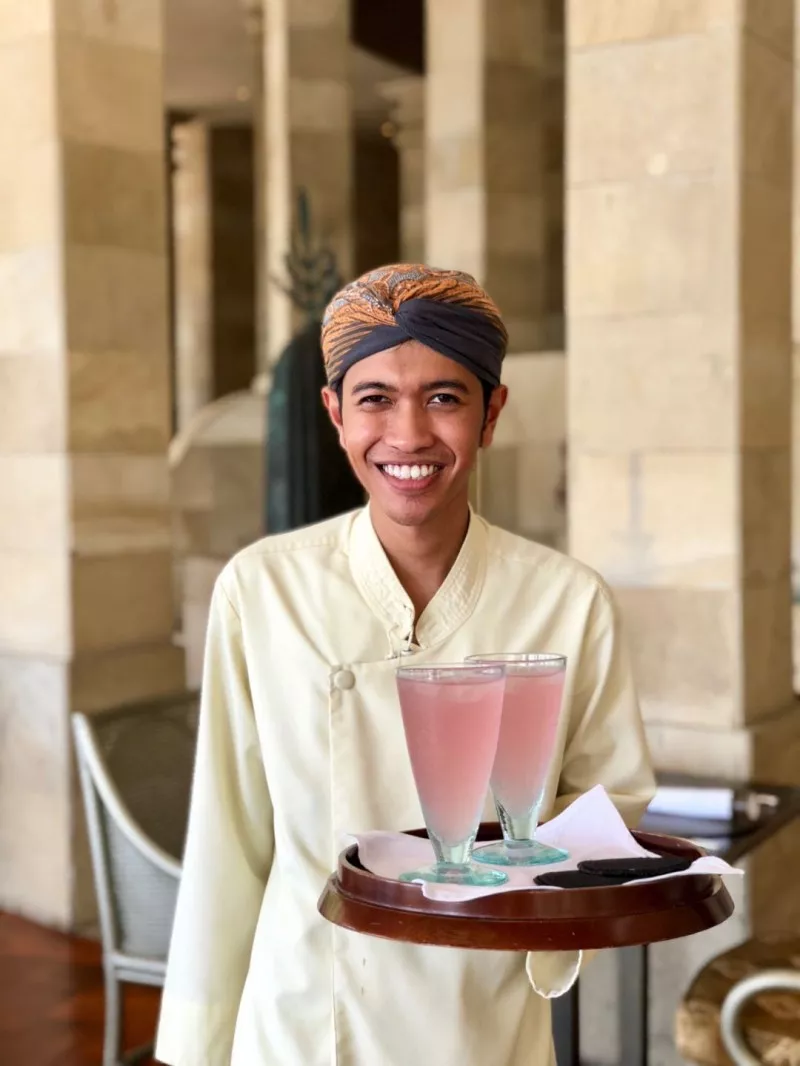 The Angkor’s restaurant is decorated with antique silver leaf ceilings and the entire space is integrated with the outdoor, serving authentic Indonesian cuisine and Western cuisine. The restaurant has its own traditional Indonesian orchestra, which is a great show for every dinner. 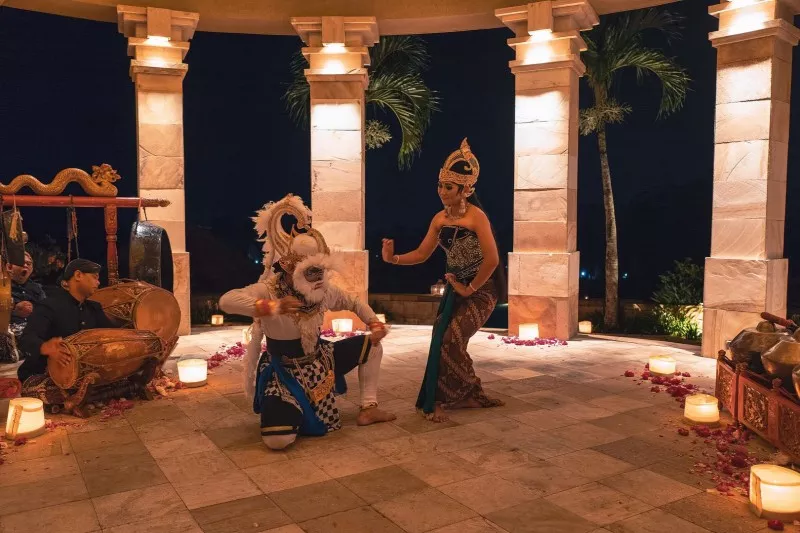 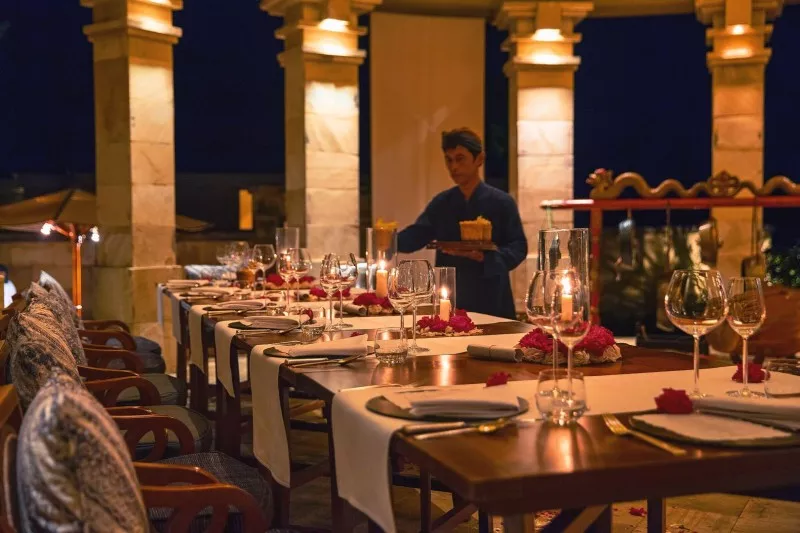 Ride in the rice field village to explore the traditional crafts of the local village. 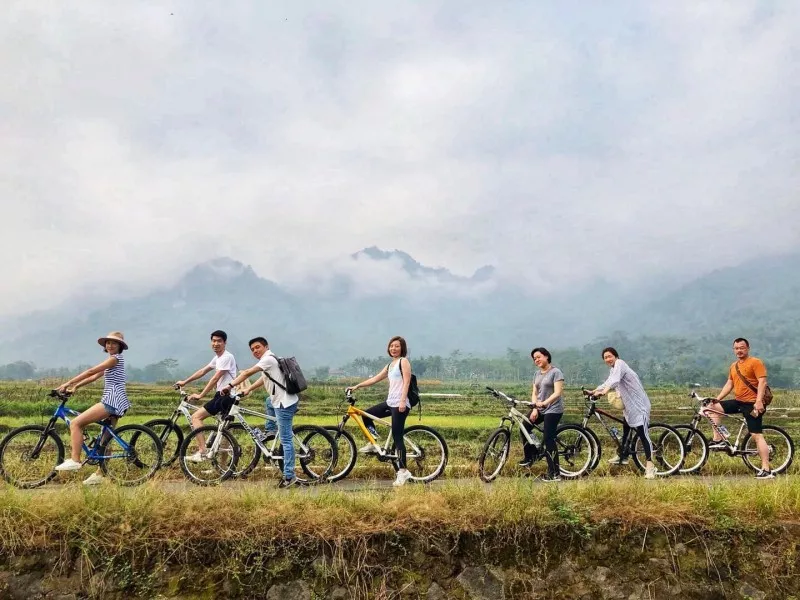 Head to the 100-year-old traditional old building in Yogyakarta, where you can sample local cuisine, wonderful music and laughter from the children in the surrounding villages. 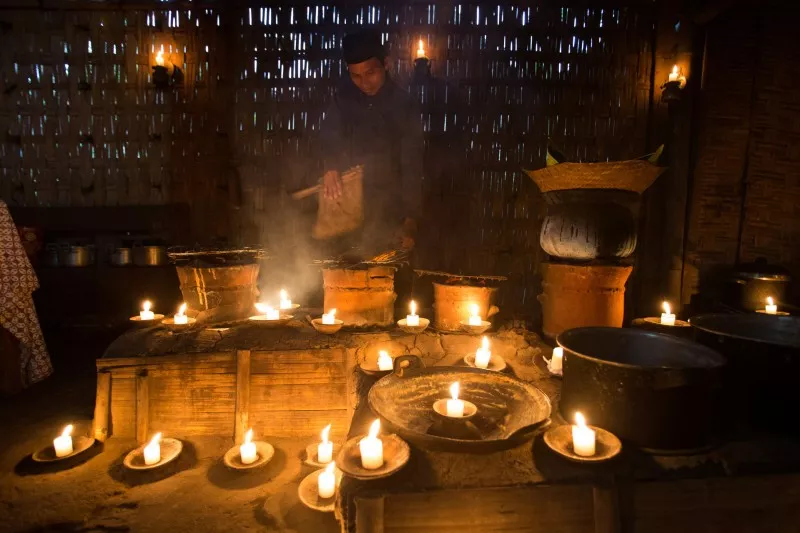 Learn yoga from the world's top yoga masters and experience peace and tranquility. 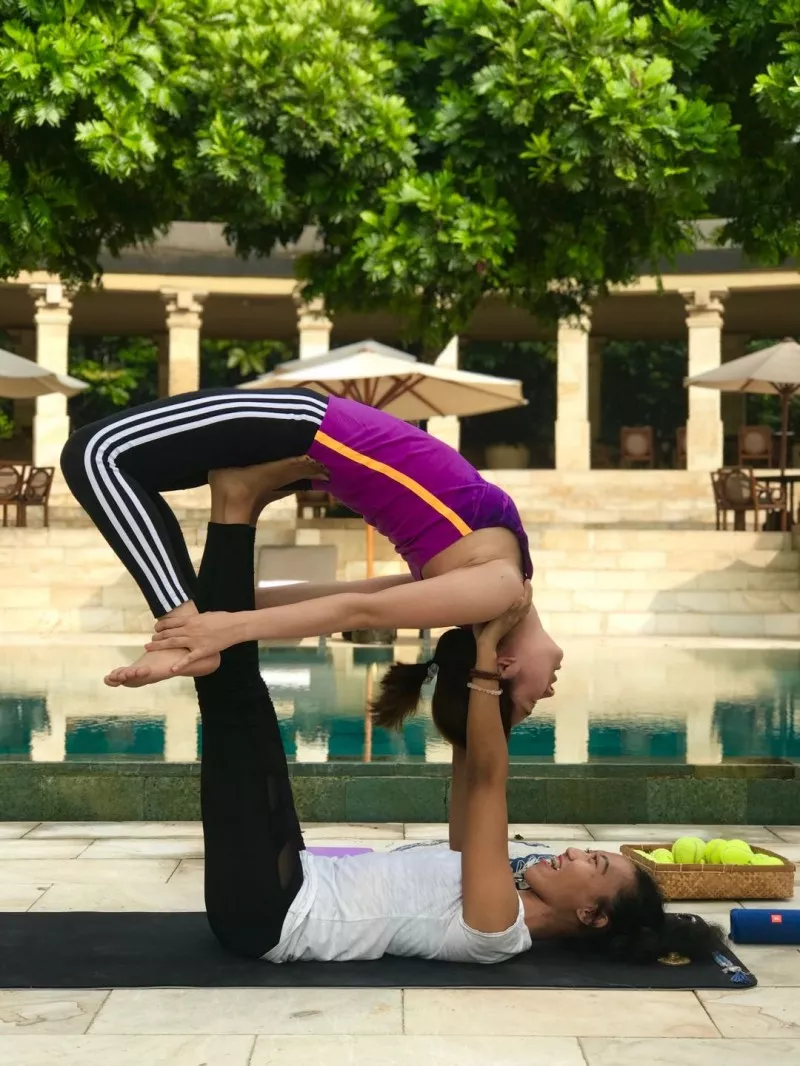 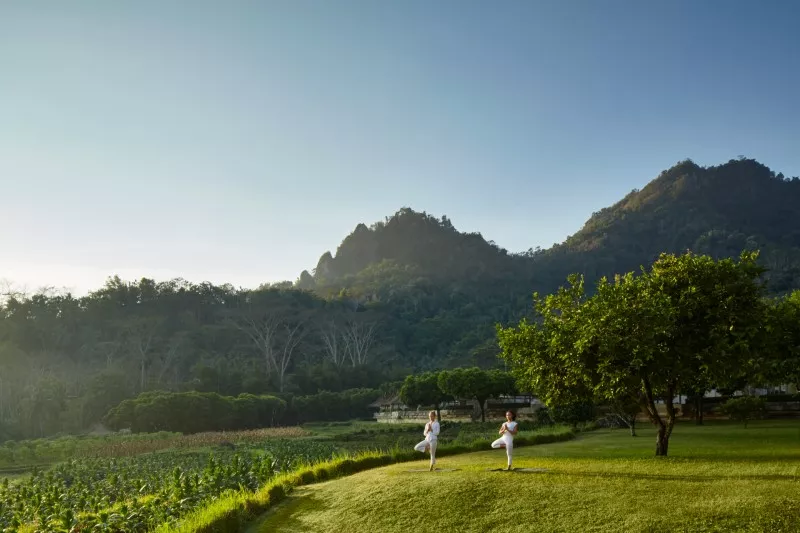