Komodo Island to find the dragon: to see the real "Jurassic

Komodo is a small island in the western part of East Nusa Tenggara, Indonesia. There are no direct flights to the country. You need to fly to Bali and take the inland flight to Komodo.

The beauty of Bali is well known, but Komodo Island, which is only one hour's flight from Bali, is rarely known, but its beauty is not lost to Bali. 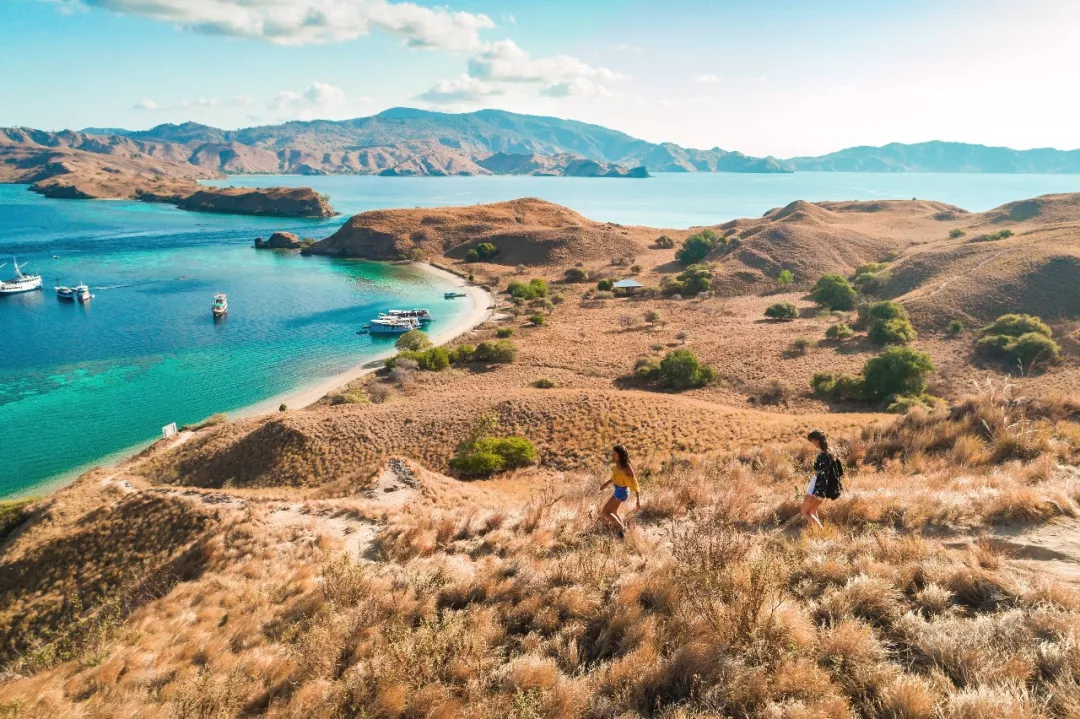 Komodo is a national park located 200 nautical miles east of Bali, between the larger islands of Sumbawa and Flores. The entire national park includes the west coast of Flores, Komodo Island, Padar Island, Rinca Island, and 26 other small islands.

Komodo Island is hidden in the depths of the Indian Ocean and has the reputation of being the seventh largest natural wonder in the world. Here, the locals only have more than 200 people. The rest is a large expanse of wilderness, mountains, beaches, oceans... no retouching and artificial simplicity, so it is in front of you, full of mystery. On this tour, you will explore the island of Komodo to explore the world's largest lizard, the Komodo dragon. 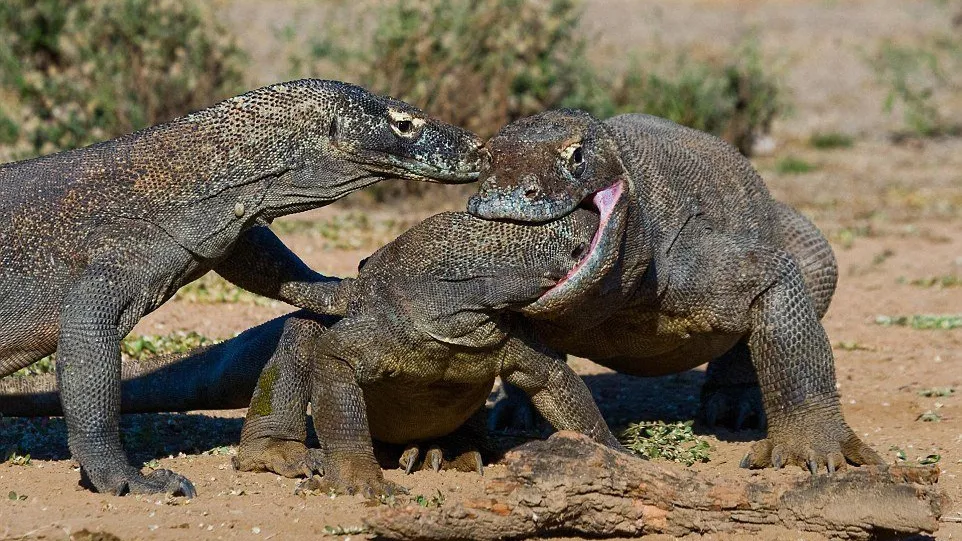 Their unusually large bodies have attracted the interest of many scientists who study evolution. Scientists believe that Komodo dragon is a close relative of dinosaurs and a living fossil of biological evolution research. If your baby asks you if there are wood and dinosaurs in the world, you can bring him here to see the relatives who are empty at the same time as the dinosaurs~ 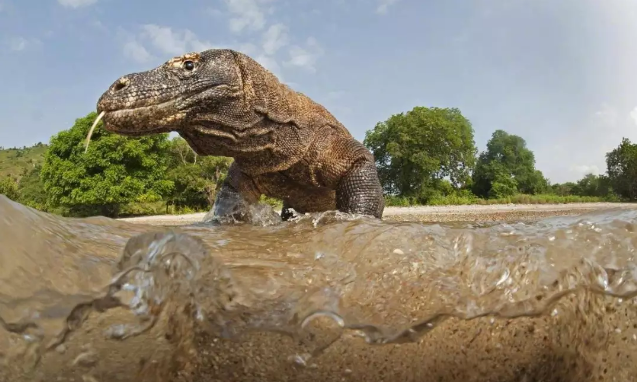 The beaches of Komodo Island are carved into a pearl of the South Sea. The sea water is smudged from the far and near black, peacock blue and emerald green. The white waves are slap on the shore. After the retreat, the pink and delicate beaches are exposed. The pink sand is extremely soft, and stepping on the beach allows you to completely relax. 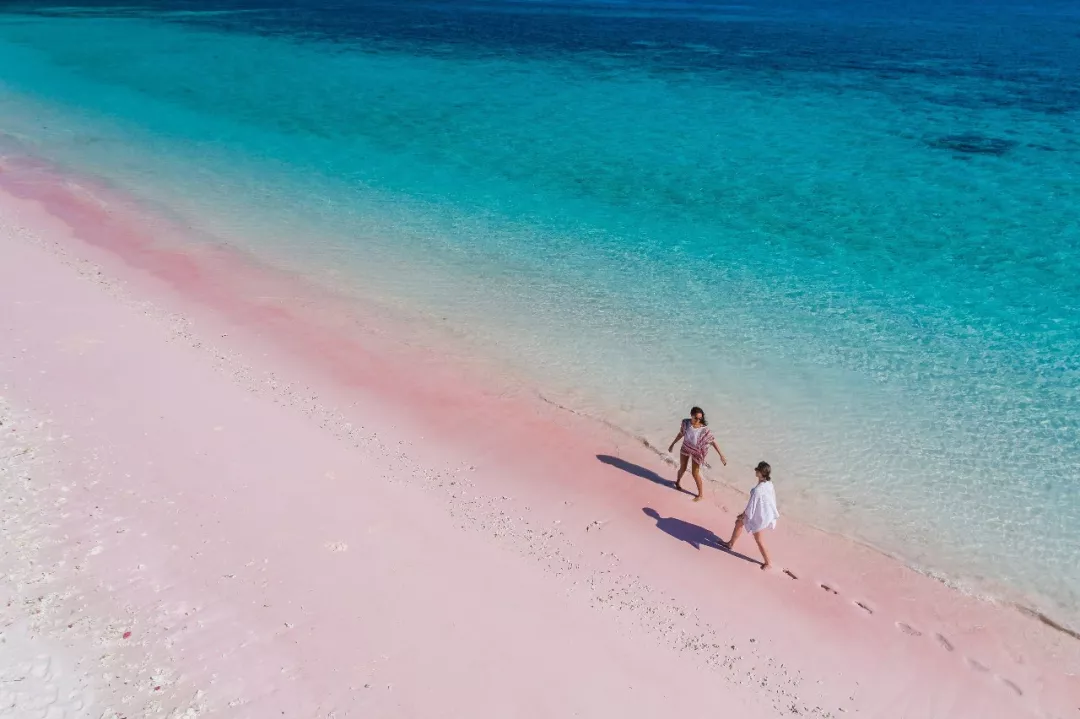 What makes this fascinating dream beach? It is the national treasure of Indonesia - red coral. A large number of red corals on the seabed are shattered by seawater and become tiny powders. When blended with the fine white sand on the shore, this most romantic pink beach is formed. 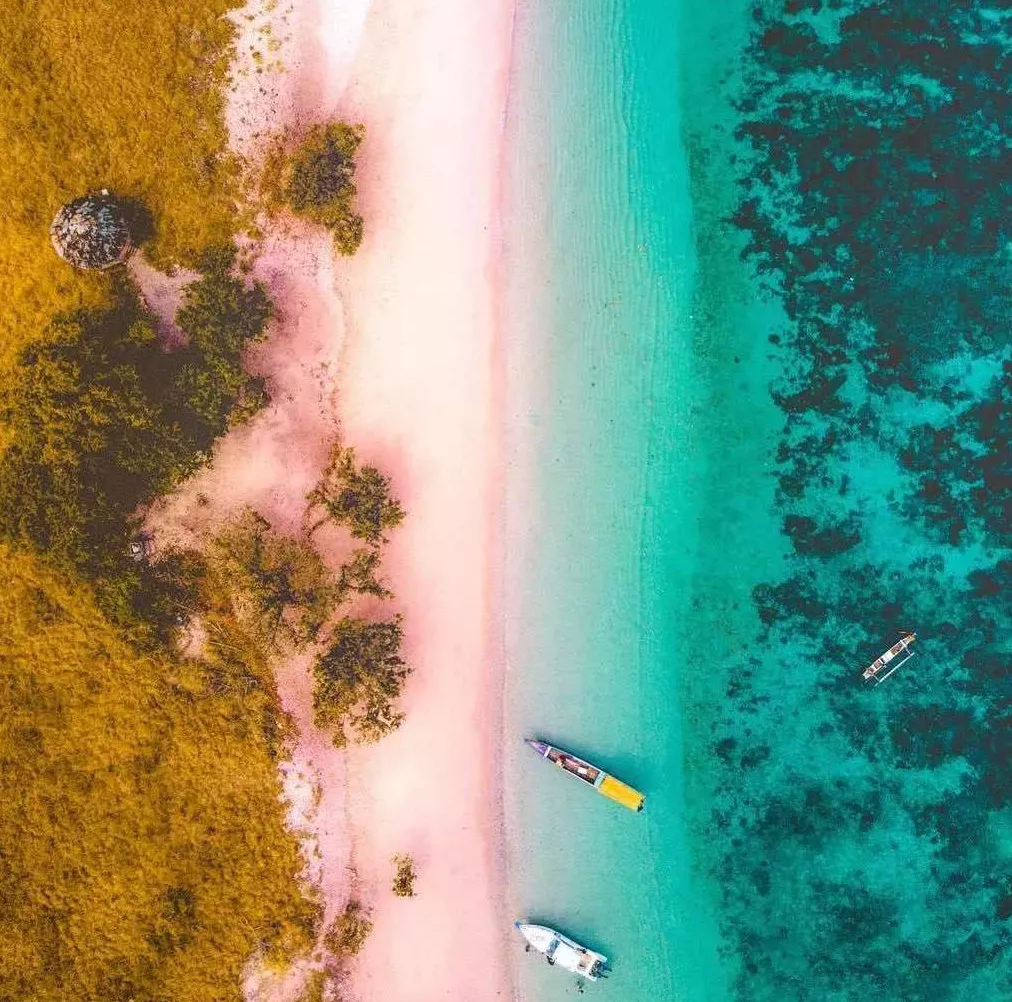 The pink sands of Komodo Island retain the original beauty because they have not been overexploited. Here, casual pat is a blockbuster. 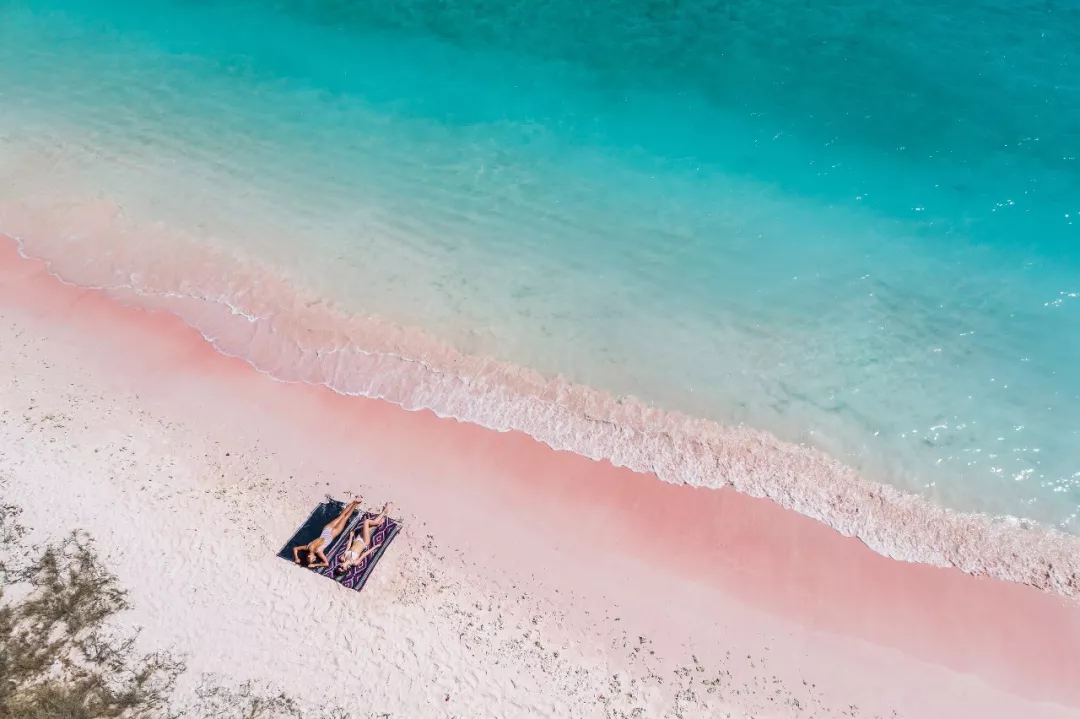 Komodo National Park was founded to protect the world's largest lizard Komodo dragon, but as some divers began diving in Komodo in the 1970s, it has gradually developed into a diving spot, and the National Park is also committed to Protect the rich marine species under the sea. The dive sites are basically distributed in national parks. 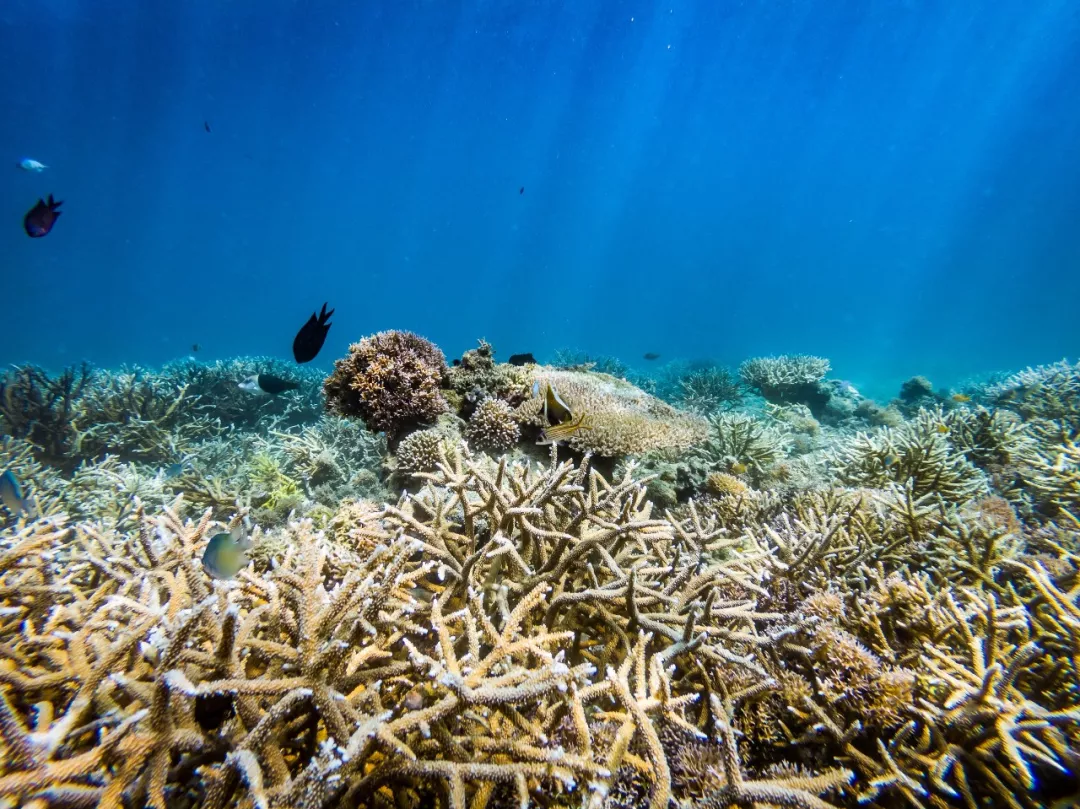 Komodo is one of the world's top 10 diving sites. Under the water, you can see Manta, white tip sharks, turtles, dolphins, cockatoo, Su Mei and other creatures. Of course, don't forget people. The fascinating and well-protected coral reef ecology makes you feel like you are in a dreamy world of fairy tales. 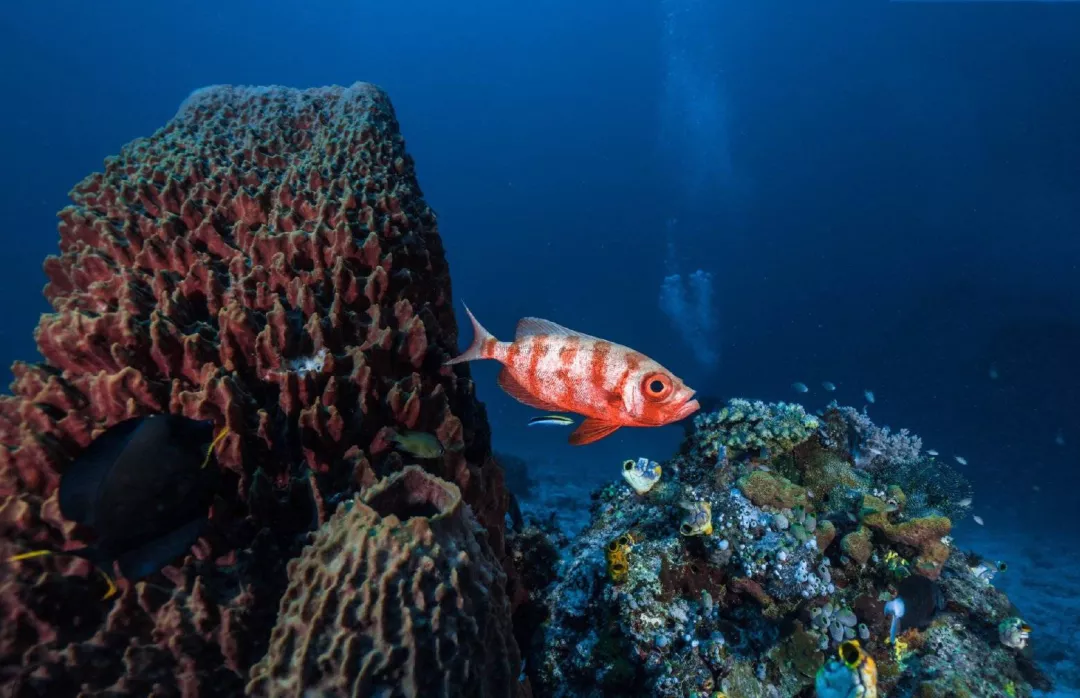 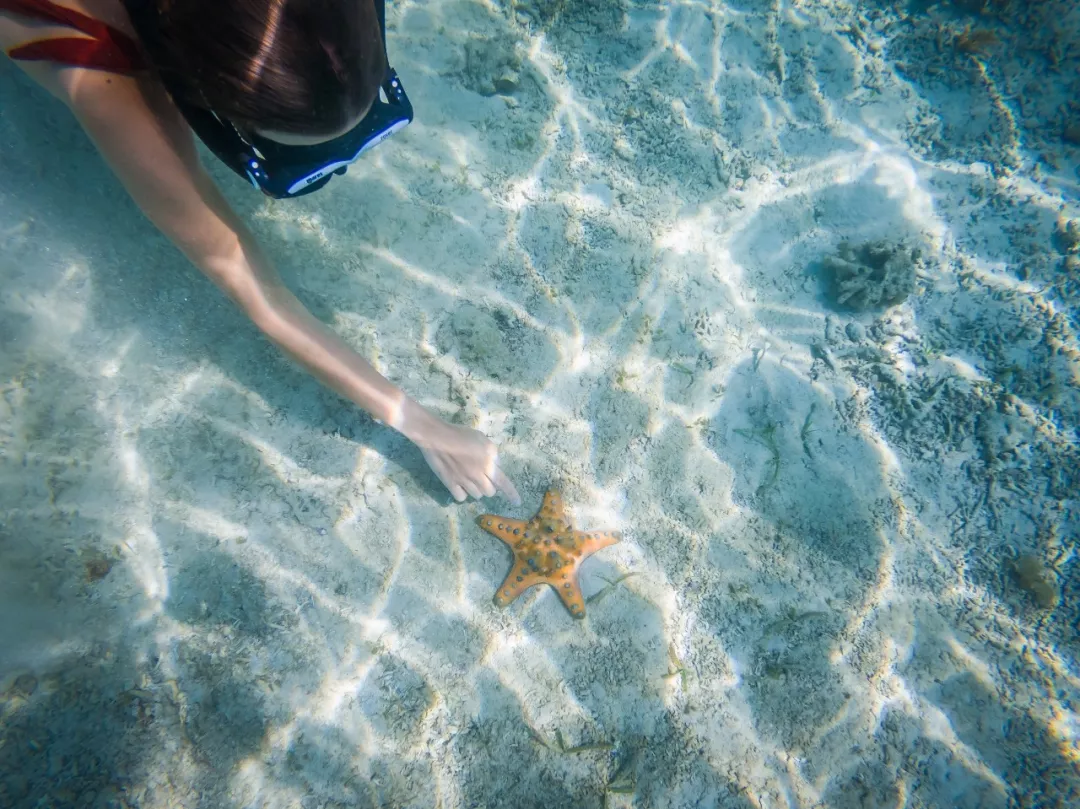 Wear the top mirror, put on your ankles, jump into the crystal clear water and sneak into the underwater garden. Fortunately, you can also see groups of devil fish shuttle around you, you can touch them when you reach out, you can take a selfie with the devil fish at any time~ 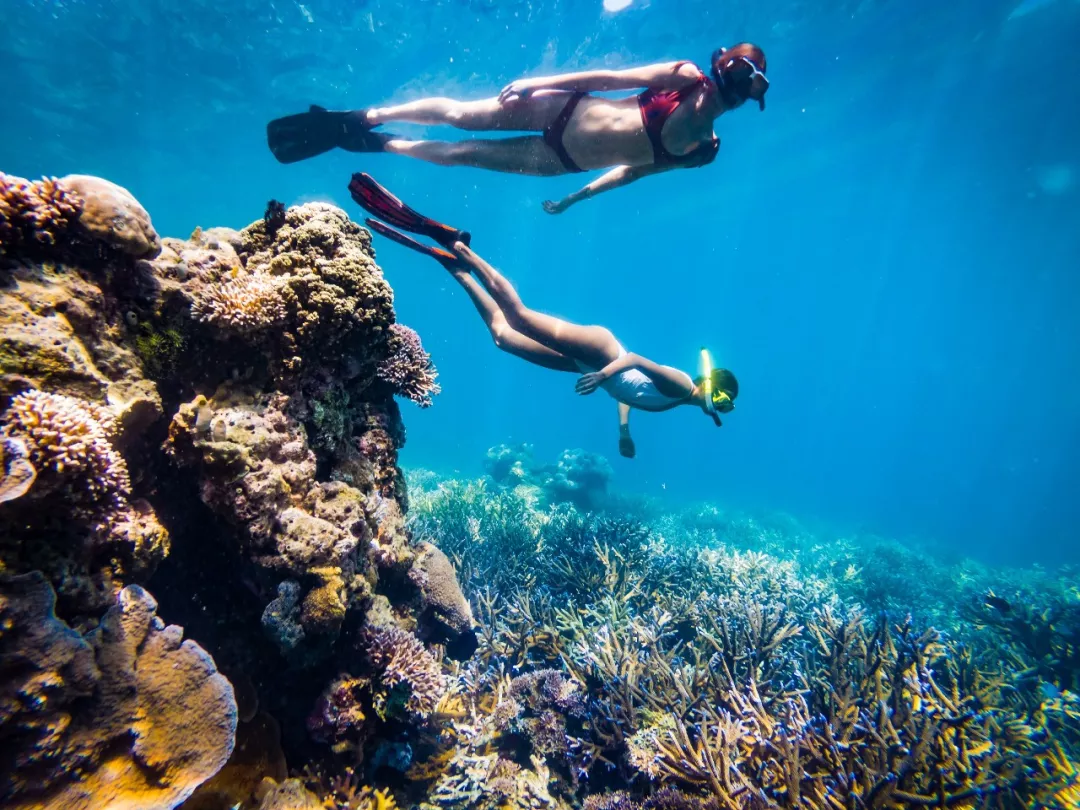 Padar Island is located in eastern Indonesia and is part of the Komodo National Park. The island has a special view and is rich in exotic flavors: the endless saplings of grass, the blue sky and the sea of ​​clouds, the fascinating sunrise and sunset, and the pristine beaches that attract many deep dive and snorkelers. 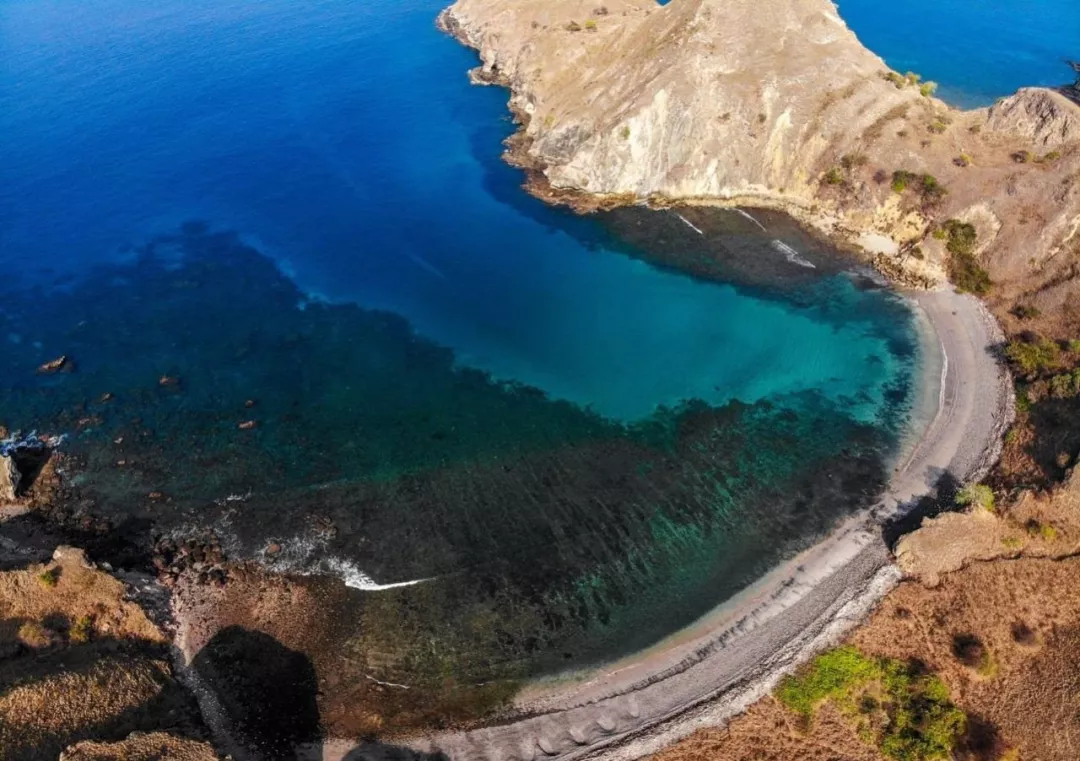 Here is the intersection of the Four Bays, just half an hour to reach the top of the mountain, as long as the scenery is not tired. When the four bays come into view at the same time, it is absolutely beautiful! 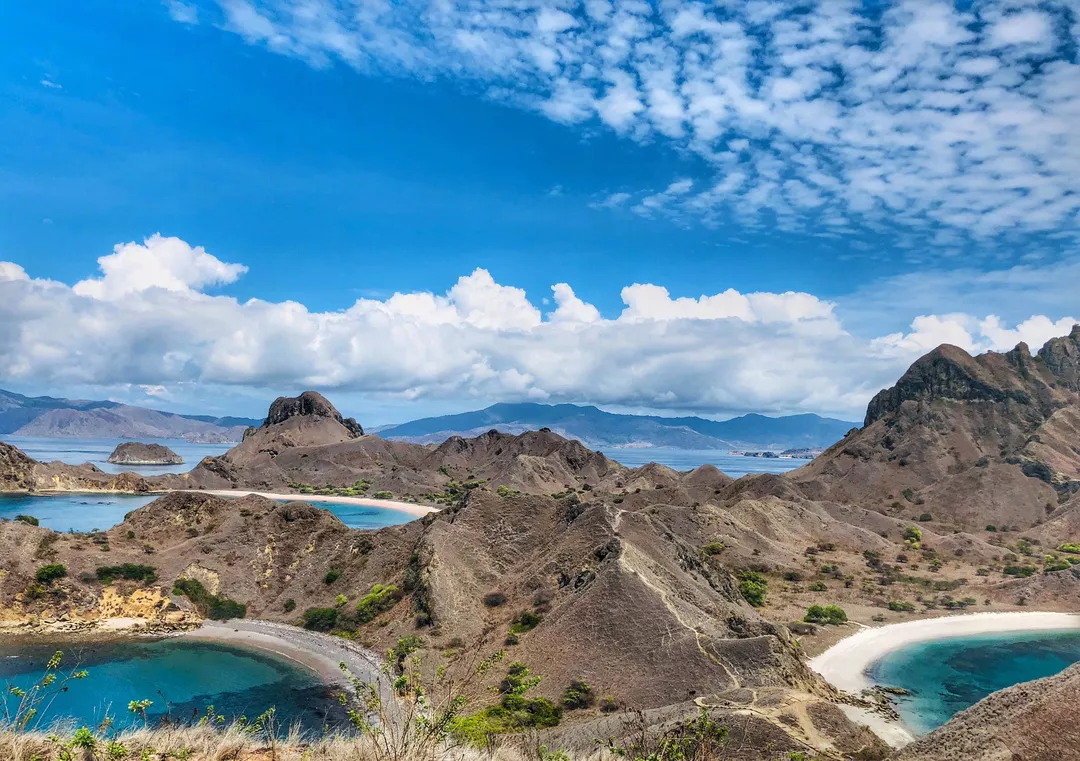 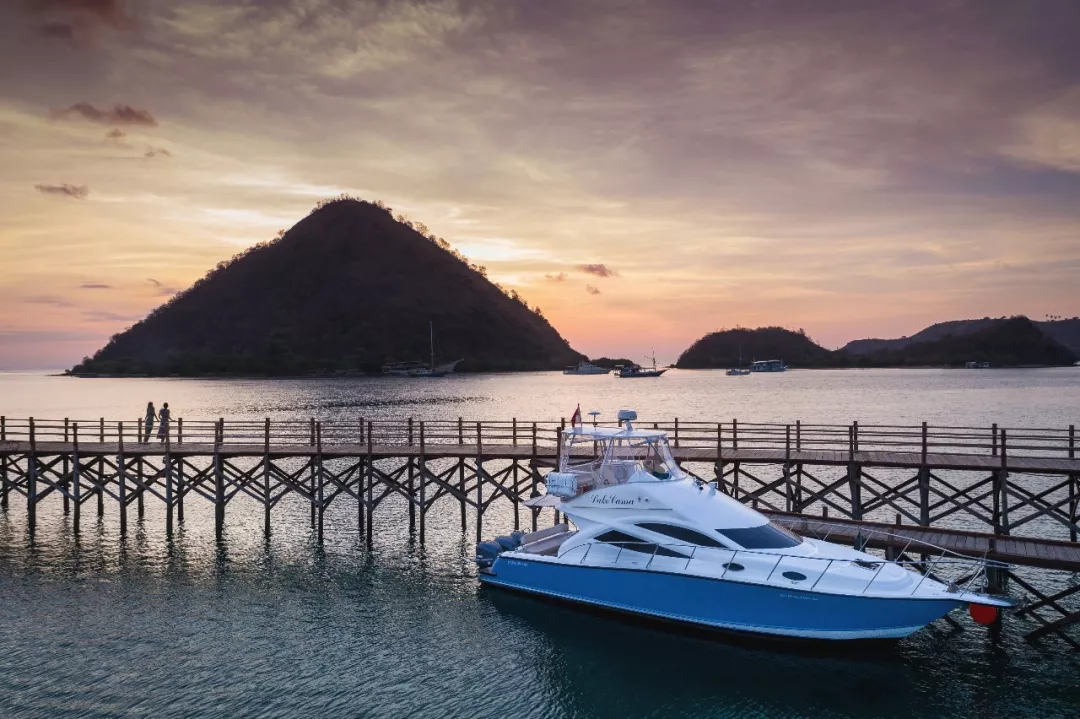 The hotel has an all-day dining restaurant, a Japanese restaurant and a pier bar that stretches out along the sea, surrounded by nature, where you can enjoy special drinks and light meals in a bathing suit. There are also three swimming pools and a rooftop terrace and function room for events and weddings. 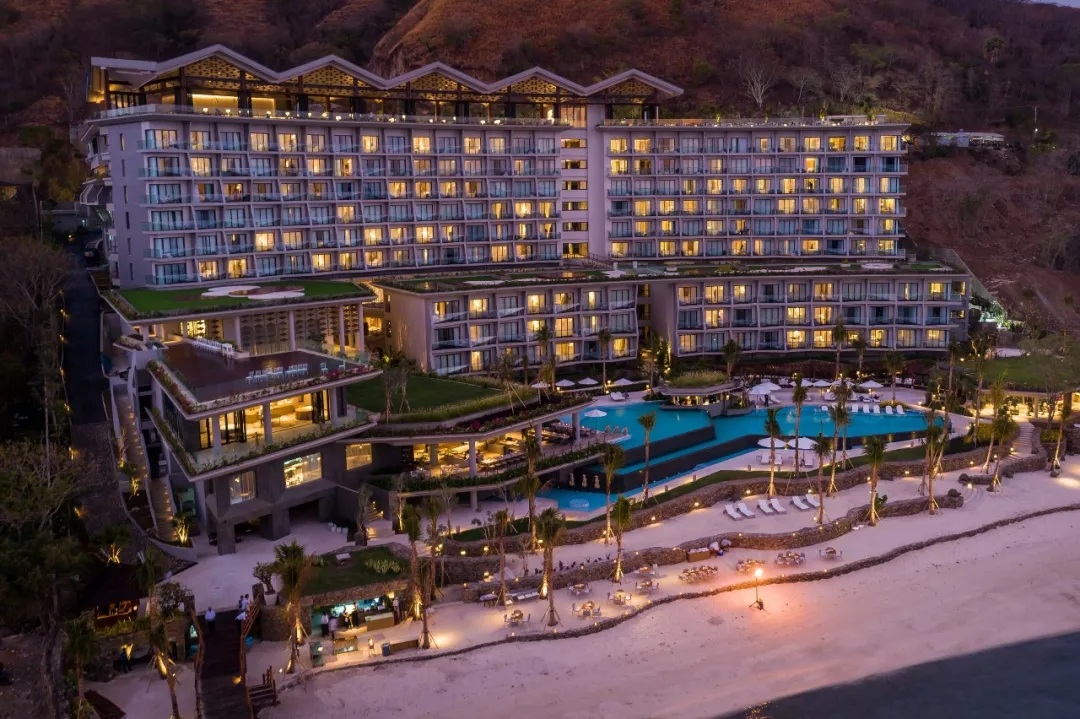 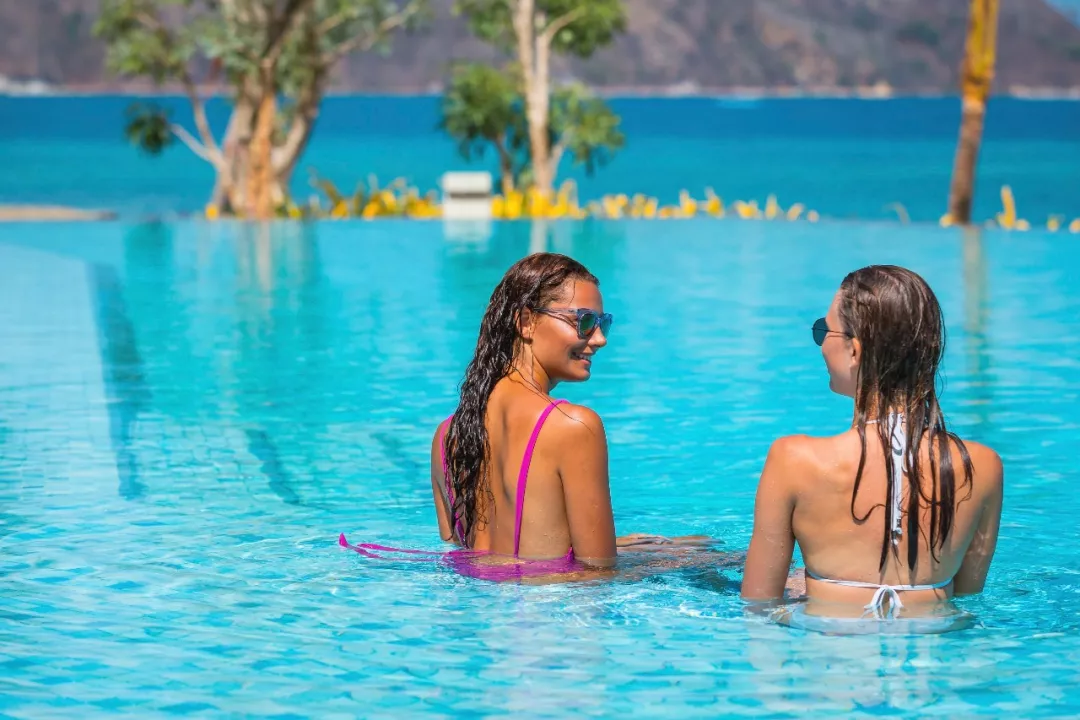 If you take your child to Komodo, but also want to enjoy a rare romantic time, it is better to entrust your child to a professional children's club. Children can take part in puzzle crafts and be friends with children from all over the world. 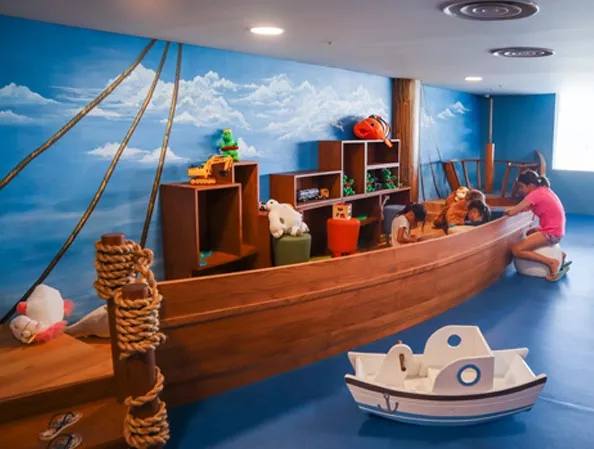 Come and enjoy a wave of beautiful pictures~ 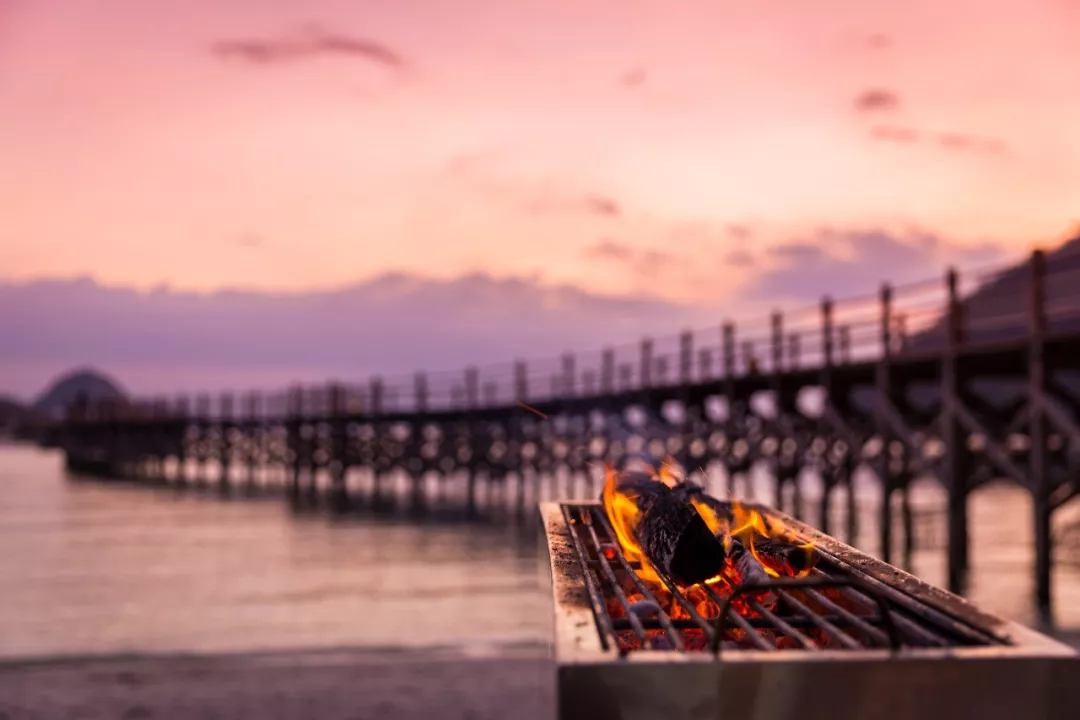 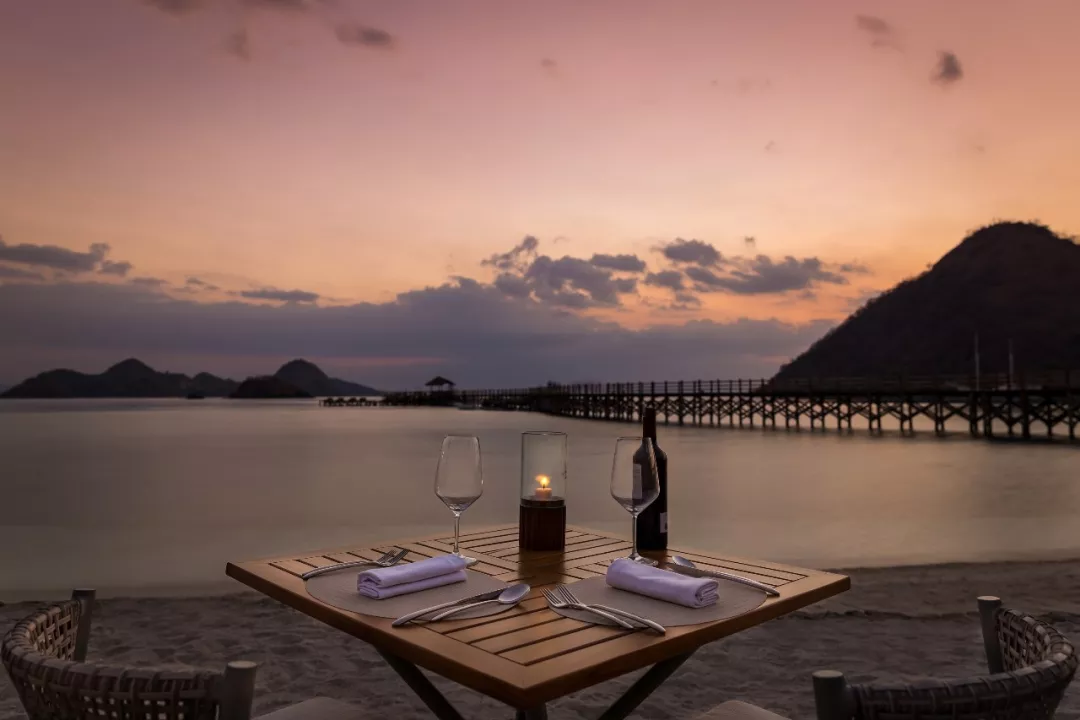 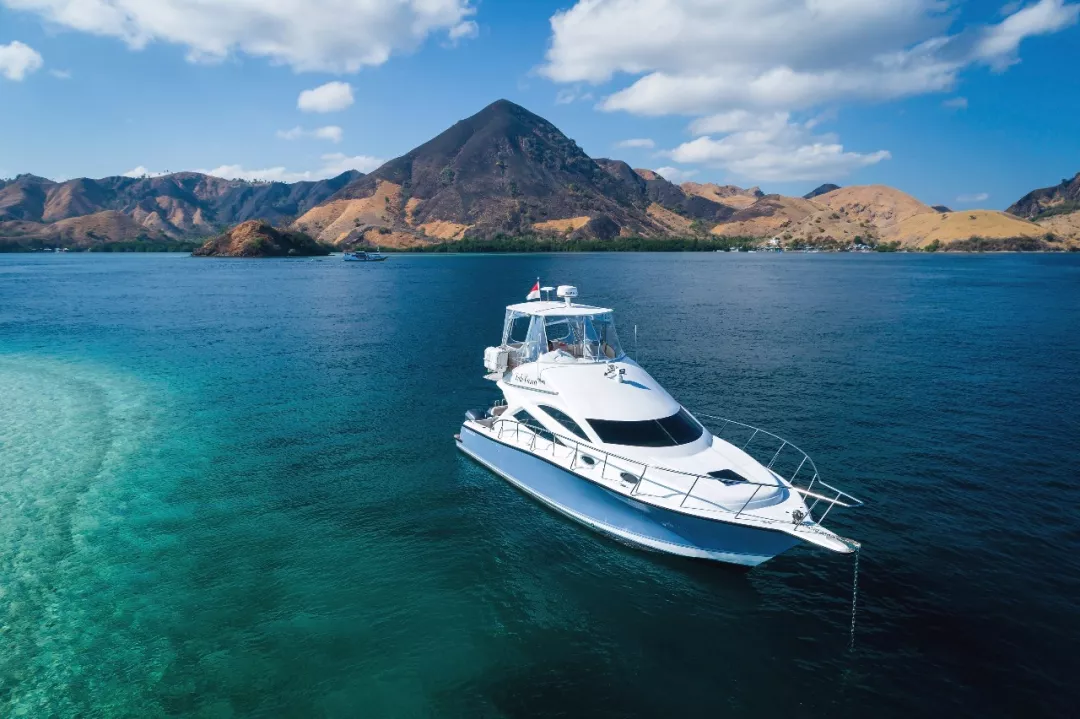 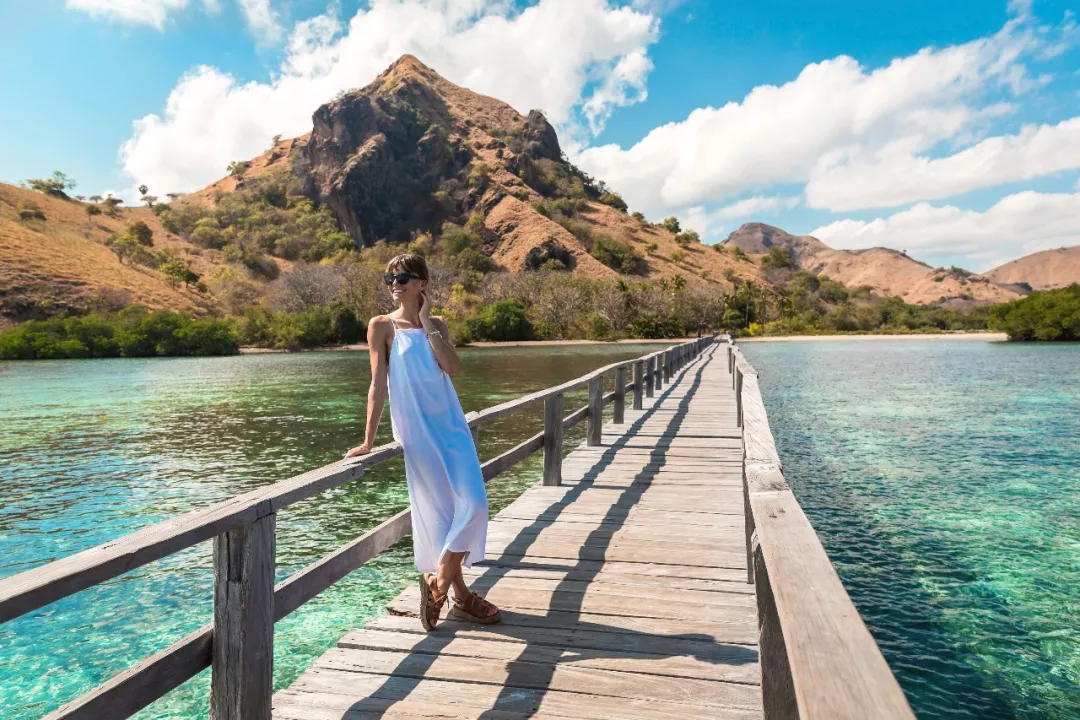