Morocco, the most beautiful place in North Africa, want to go with the people you love!

Not all countries can describe it as “exotic”, but Morocco can. Whether it is "exotic" or "style", Morocco has it. 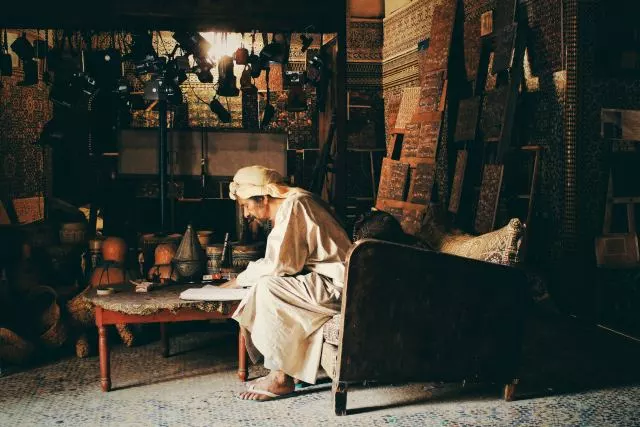 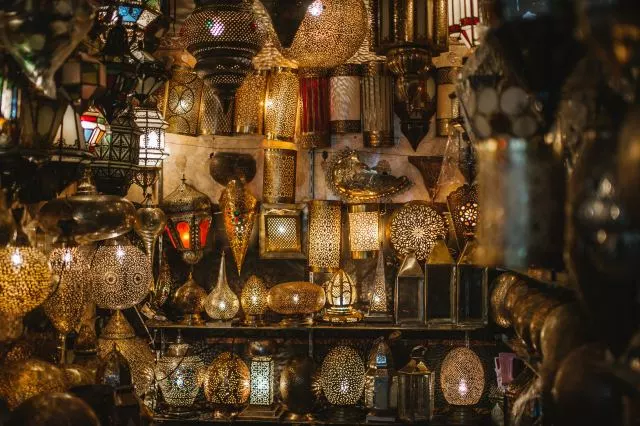 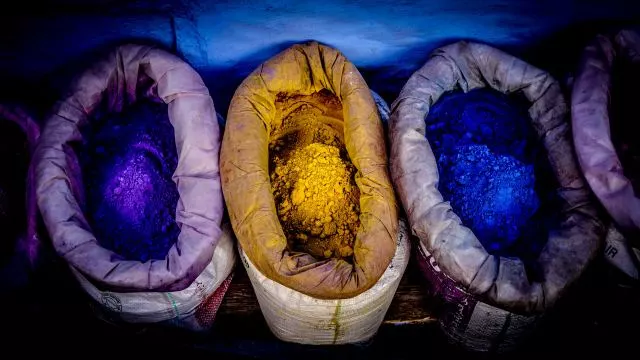 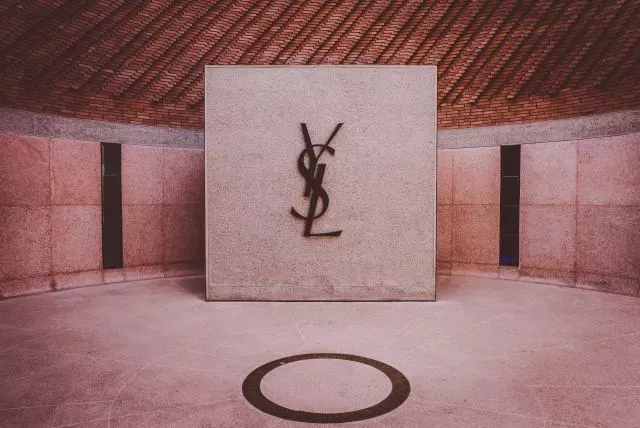 Casablanca means "white house" in Spanish. It is an Islamic city itself. The most obvious scenery is the mosque in the city. In addition, it is close to Europe, and you can see the shadow of European cities everywhere. Most of the buildings in the city are white, and even the houses of many Arab fishermen are white in the background of brown cliffs, and they are in harmony with the vast blue Atlantic Ocean. 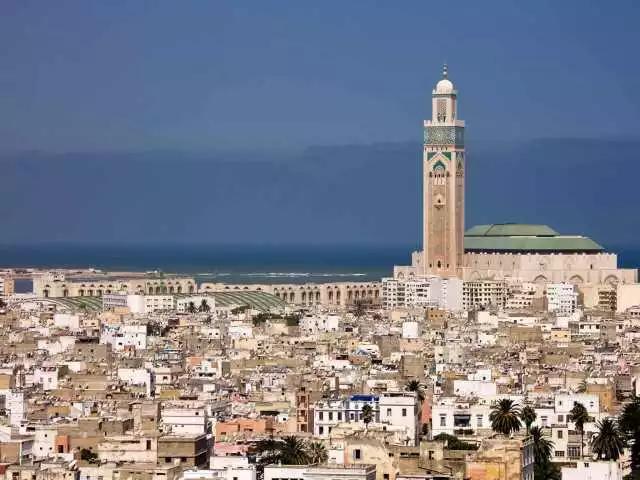 Known as the most perfect love movie in the history of Hollywood, Casablanca has crowned the largest city in Morocco and has a permanent love label. 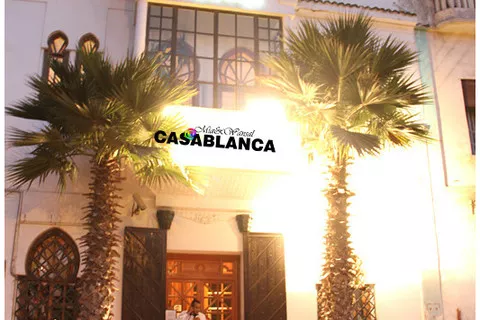 This 360-degree mosque without dead-end color marble sculpture is the largest mosque in Morocco and the third largest in the world. One third of the mosque is built on the sea. It is said to be a dream of the king. Received the true words of Allah: "The throne of Allah should be built on the water." And to commemorate the ancestors of the Arabs of Morocco from the sea. 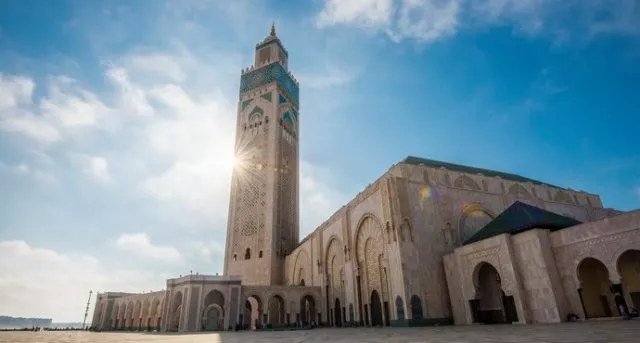 It is rumored that the King of Morocco, Hassan II, has assembled a nationwide skilled craftsman who spent seven years building the westernmost mosque in the Muslim world. The mosque has the highest minaret in the world, facing the sea, so that the voice of the ceremony can be spread to the end of the world. 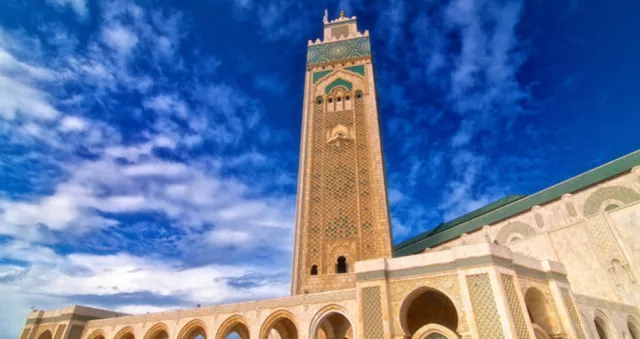 It is not Santorini here, but it is also known to the world because of blue. If Chaouen is not blue, then she may be just one of the countless ordinary Moroccan towns, but because of this blue, Chaouen has become one of the three blue cities in the world. 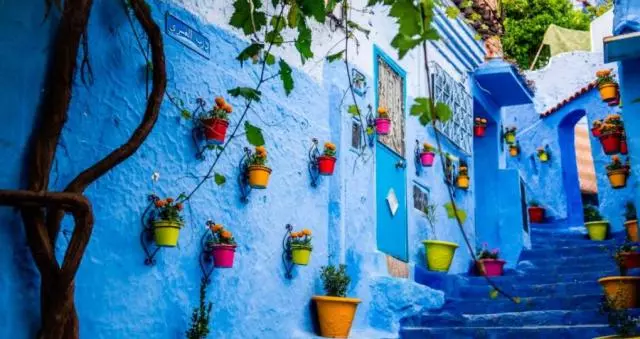 Being in the blue ancient city is like walking into an isolated world of "Smurfs". The eyes and blue eyes are the visual theme of the small city. 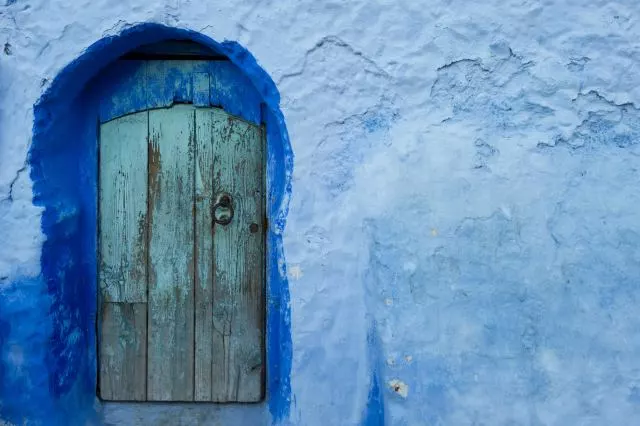 The blue of Chaouen is not a monotonous blue. Here you can see all kinds of blues, even blues that have never been seen before, spreading unscrupulously here and building a blue planet. 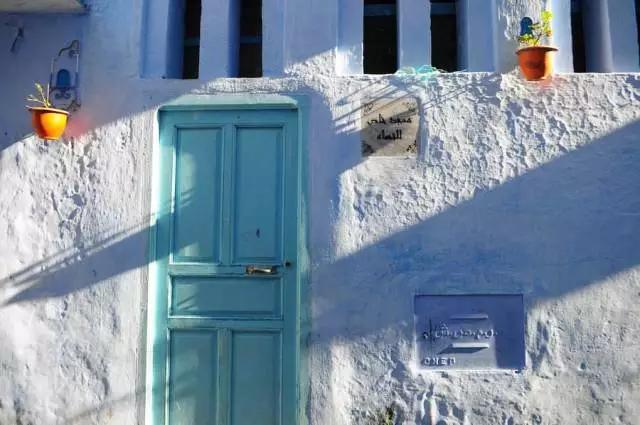 In the blue houses, there are usually some green potted plants on the walls or doorways, and the colorful flower pots are the most shining highlights. This blue town is like an abstract painting, embellished in the blue main tone. With all kinds of pigments, it is like a blue dream, beautiful and lively. 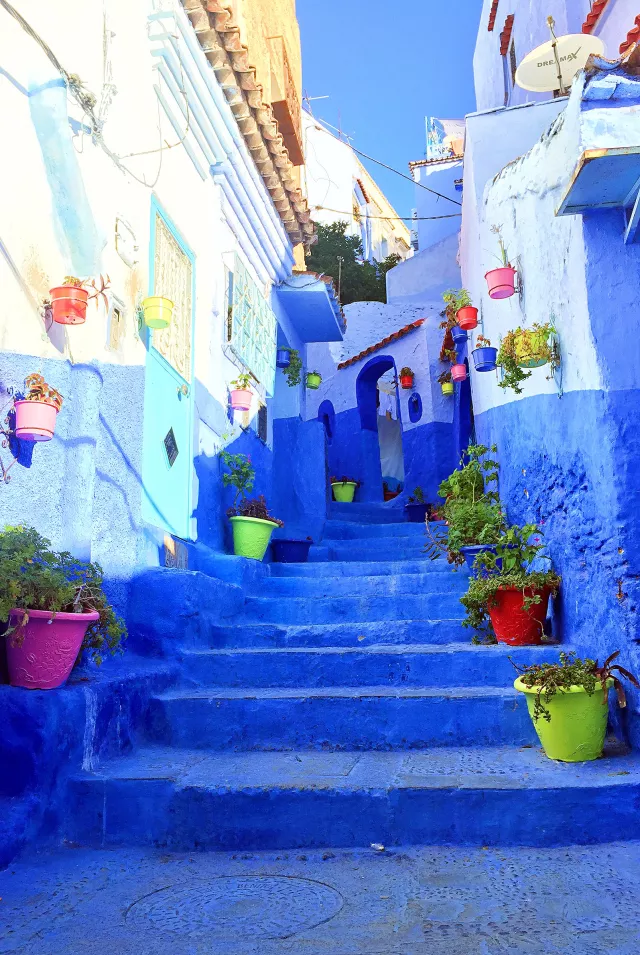 Built in the 9th century, the ancient city of Fes was named one of the 10 most romantic cities in the world by the famous American magazine Traveler. This white old town maintains the appearance of a medieval Islamic city with a strong Arab color. The old city is now a common means of transportation for the local people. As the first Islamic city in the history of Morocco, Fez has a long history and culture. With well-preserved ancient civilization buildings, it was included in the world cultural heritage in the last century. 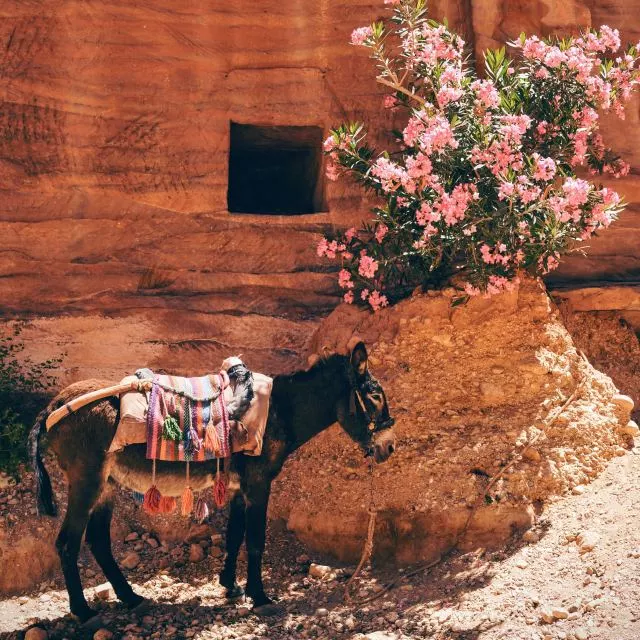 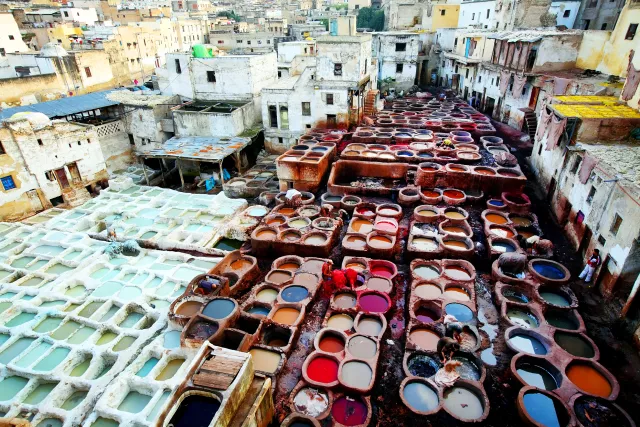 The Sahara desert is not beautiful but vast and boundless. Sanmao, who only ran for freedom in his life, came to this strange and full of uncertain land because of a photo. The love that she and the fascinating obsessive mortal are in the desert is sweet and spread in this desert. 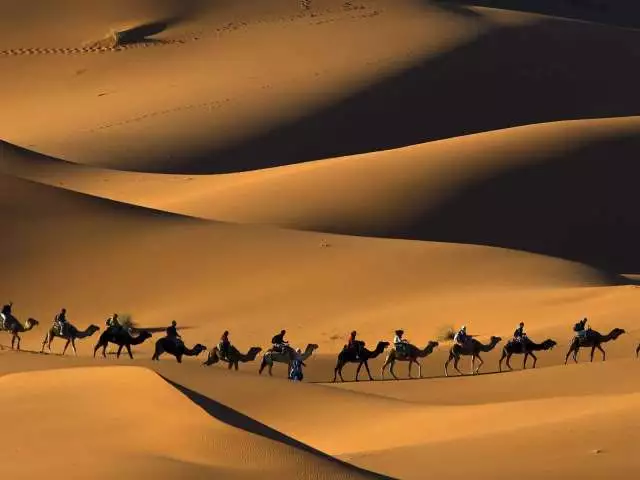 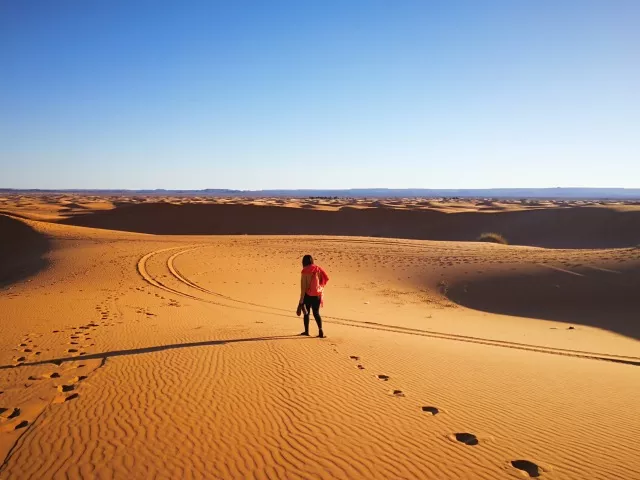 The Sahara desert is undoubtedly free. She is isolated from the world. She is the first to look at the removal of loneliness. But when you step on the soft sands and walk into the Sahara, the golden sand dunes in the distance are undulating, occasionally there are palm trees next to the oasis, and the Berber villages are scattered in the vicinity. As the sun moves, the golden The sand dunes are gradually dyed red, and you can easily be attracted to the Sahara by seeing you behind this scene. 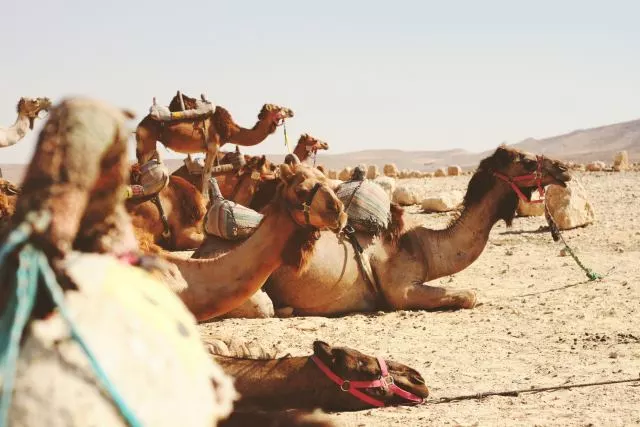 In the lonely desert of the Sahara, riding a single-humped camel trekking over the sand dunes; living in desert tents, creating a bonfire in the desert, and knowing how to meet people who don’t know in the light pace of African drums; The night sky of the Sahara is dotted with stars, and we lie down on the soft sand, look up at the stars, look at the Milky Way in the sky, and wait for the meteors to slip. 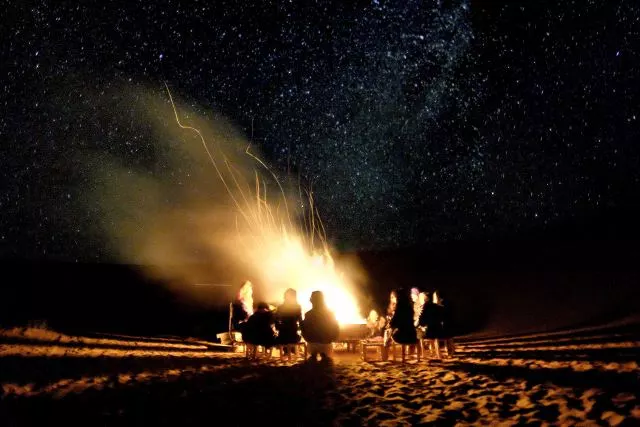 The mysterious Arab world in The Thousand and One Nights,

The place where the most gods are restored should be Morocco.