On Lonely Planet, why did Morocco become online celebrity ?

Morocco is the most likely destination to meet online celebrity. Girls all over the world are not willing to pack a large bag of luggage and take a long-distance flight, just to leave a photo on this charming North African land. 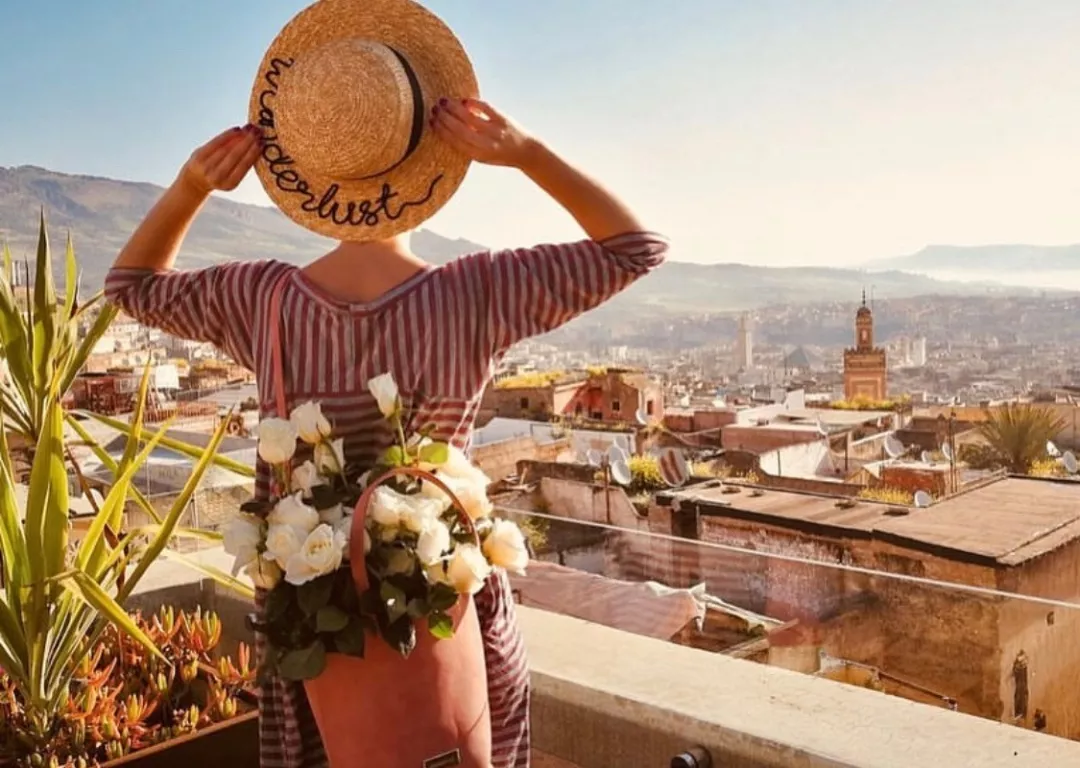 When I heard the name of Africa, I automatically repaired the exotic temperament of the mysterious sky, and evoked the infinite yearning for it.

And if you think that Morocco is only suitable for online-celebrity spots, it is too underestimated. Located in Morocco in North Africa, there is no wilderness in the African grassland lions, but it is a living "tales from the thousand and one nights". 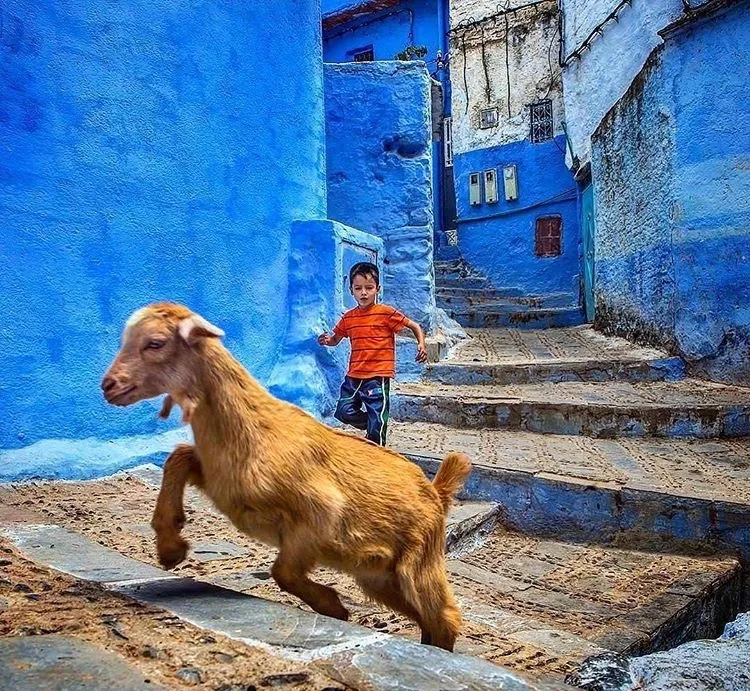 01 / Sahara in the Dream of a Generation 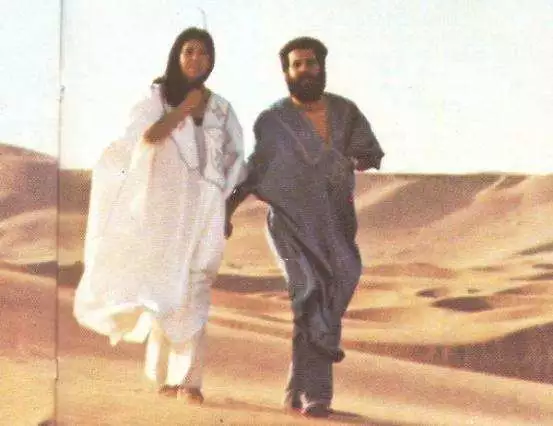 "Every time I miss you, the sky is falling with a grain of sand, and then there is a desert." San Mao’s "The Story of the Sahara" imprints this golden desert in the dream of a generation.

It is a pity to come to Morocco without experiencing a real desert life.

Walk along the trail of the writer San Mao and enjoy the golden desert in the sand dunes. Whether it's sunrise or sunset, the desert shrouded in red glow can bring you visual shock. 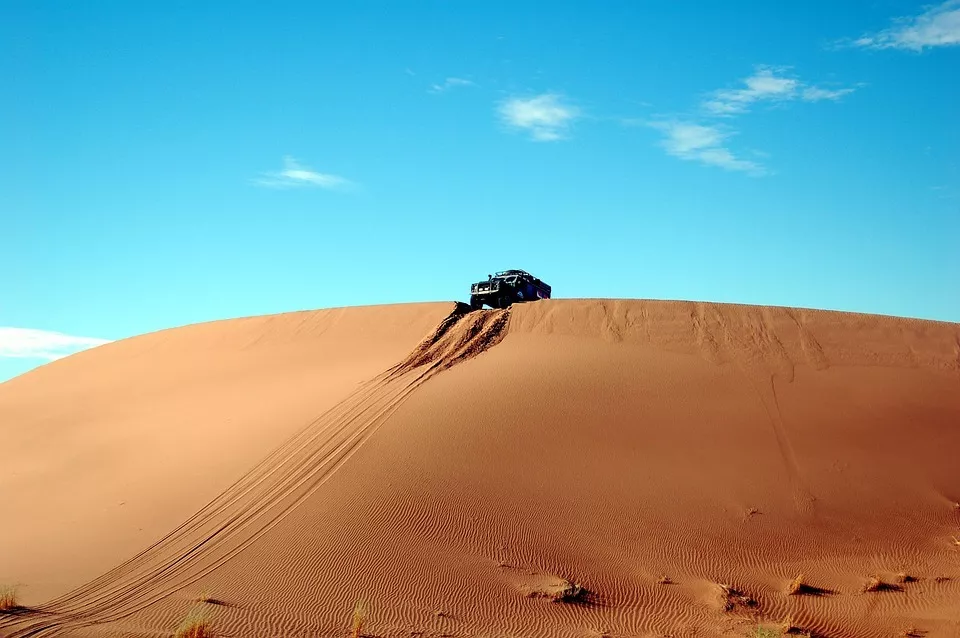 Take the four-wheel drive and drive into Mezuka, the most beautiful part of the golden Sahara. In the rising yellow sand, experience the feeling of freedom in the exotic. 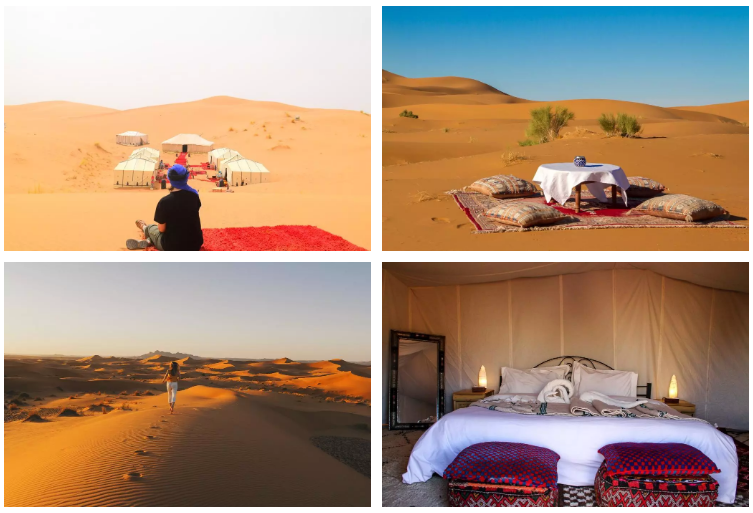 If you blindly believe in those money-saving day trips, the Sahara Desert will definitely make you tired and cry. In the extremely hot and ridiculous Sahara, the luxury tent camp with only 5 tents is the right solution.

Each tent has a separate washroom and bathroom facilities for a hot bath. In the desert, you can enjoy food and wine comfortably. Isn't it heaven?

The majestic momentum of the day was softened at night. This Galaxy is the home of photography enthusiasts. Of course, it is cool to come here with a lover. What is a diamond? The Sahara desert can offer a galaxy. 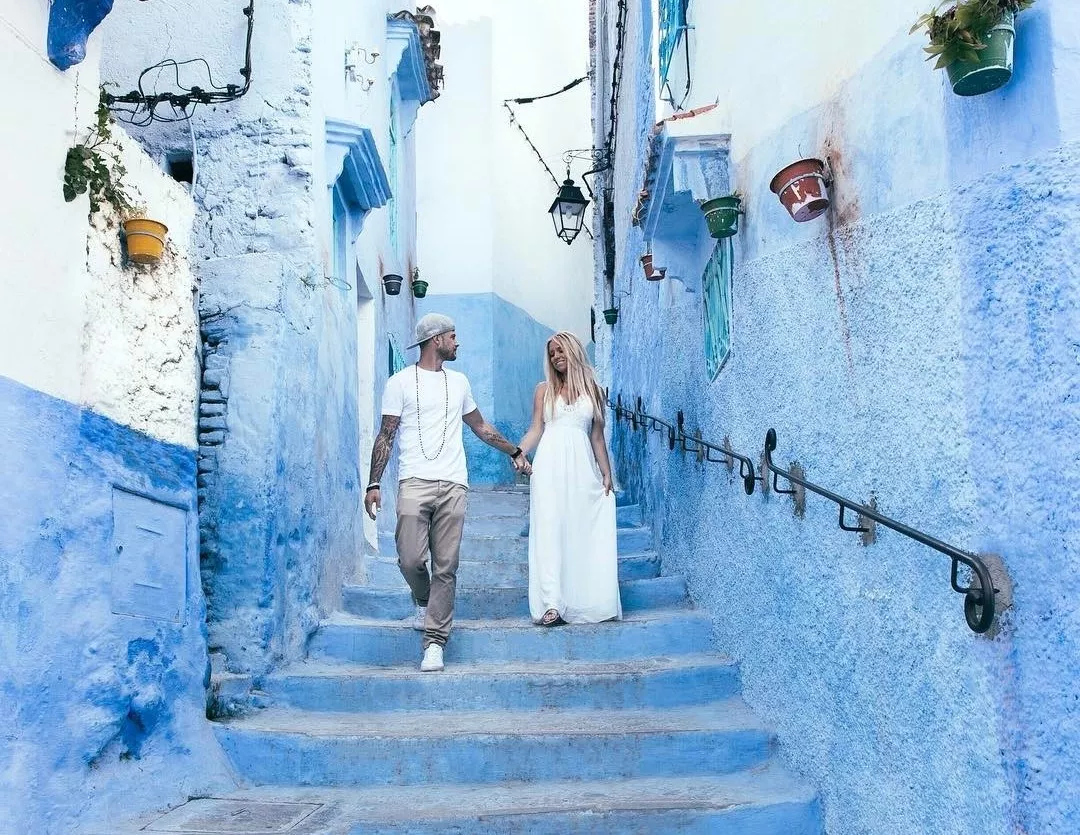 Chefchaouen is the backdrop for Chanel and other big luxury brands competing for a hard photo. It is one of the three blue cities in the world. It was built in 1471 and is hidden in the Rif Mountain, far from the bustling city. 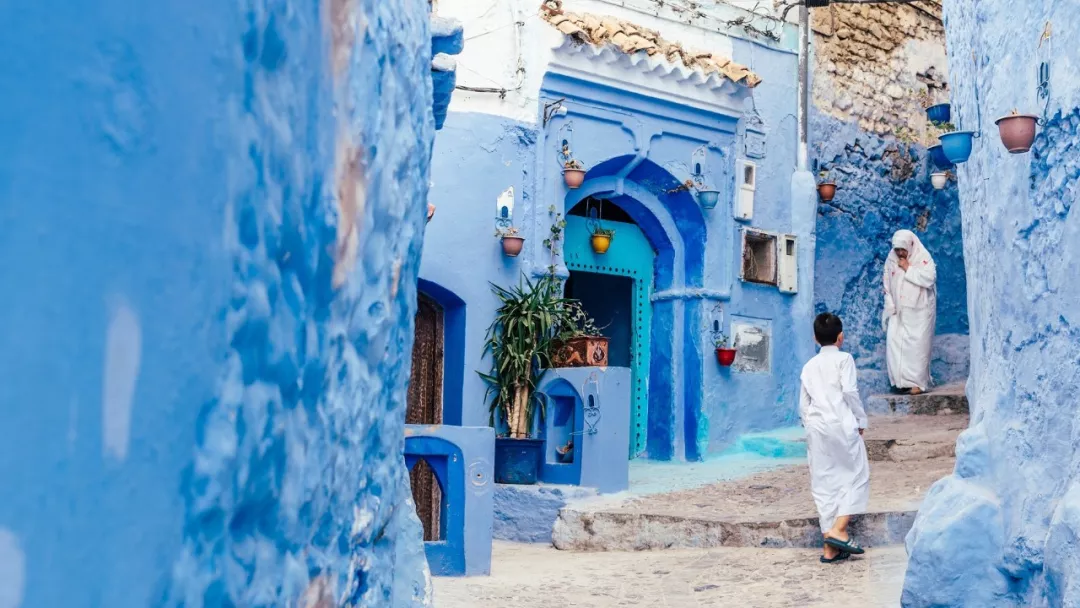 Lost in Chefchaouen, there is no need to have a specific destination, and it is already a landscape. The "resident" cats who are occasionally infested, the local women in robes, the kindly old people who are slow-moving, and watching the life in the ancient city. 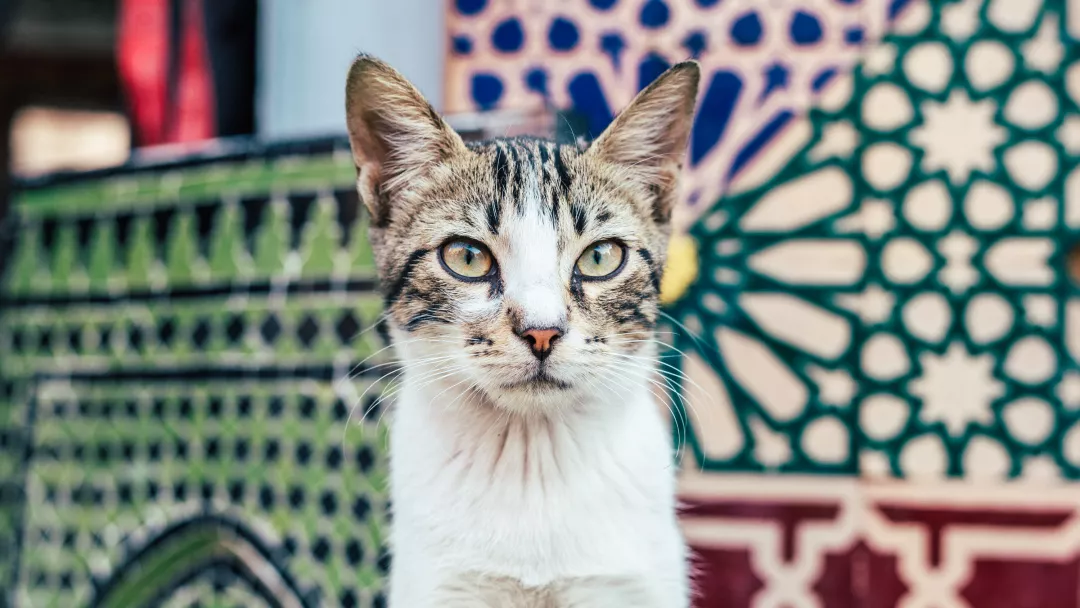 For cat slaves, Chefchaouen is a paradise. The rumor is influenced by ancient Egypt, and the cat has a sacred position in the hearts of Moroccans. Walking around in the lanes, you can count on a cat that sleeps comfortably.

Isn’t the Chefchauf’s cat more lively than the cat who “worked” in the cat cafe in the city? 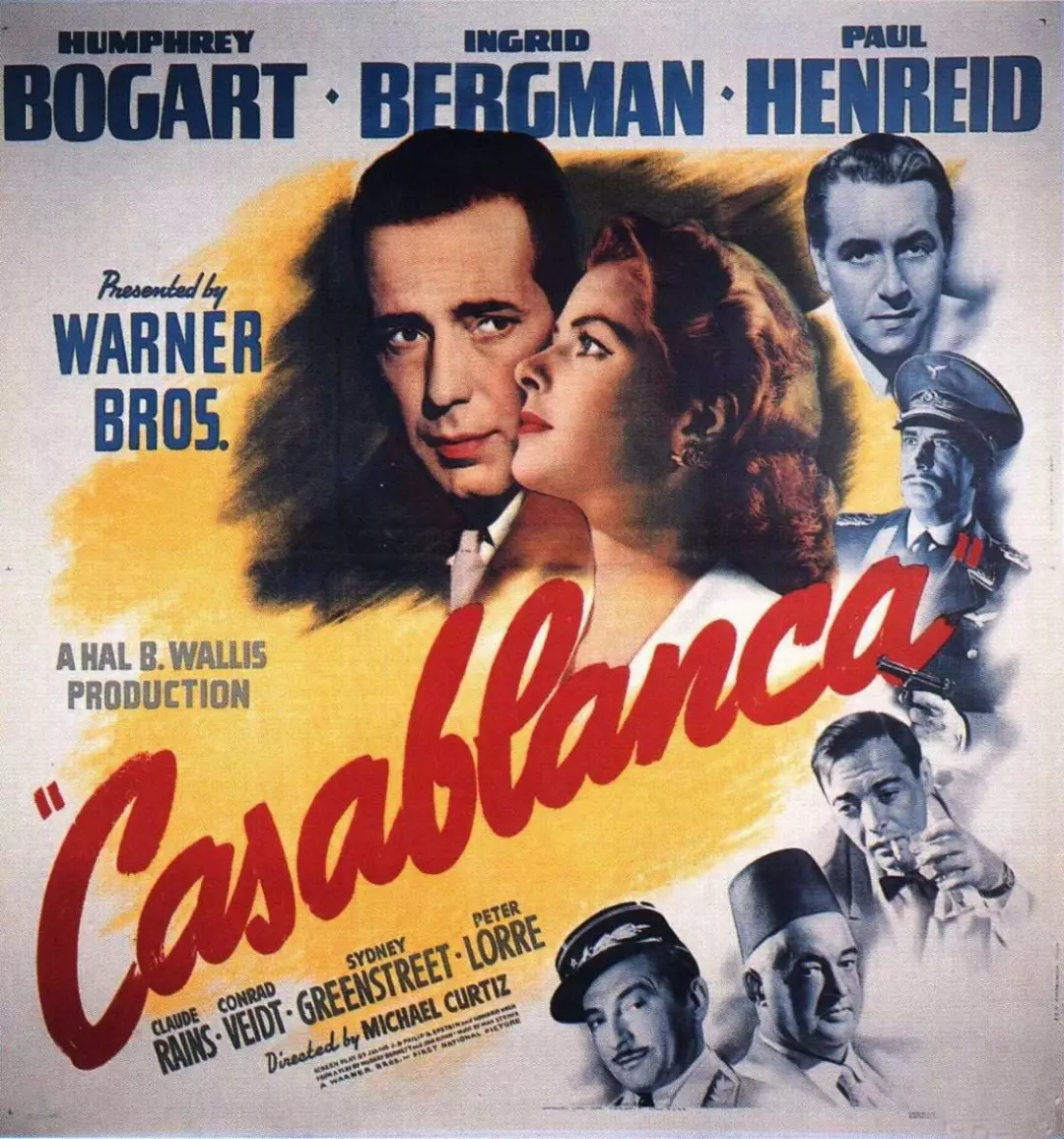 "Casablanca", which has been fascinated for generations, has not been photographed in Casablanca. The film only mimics the scene of the city in the studio, which has made the city famous. 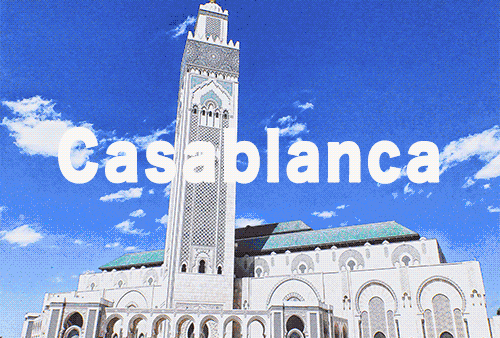 Casablanca’s name is derived from the “white house” in Spanish. In person, I found out that it is worthy of the name. The whole city is based on white and is filled with a mixture of Arabic, French, Portuguese and Spanish. 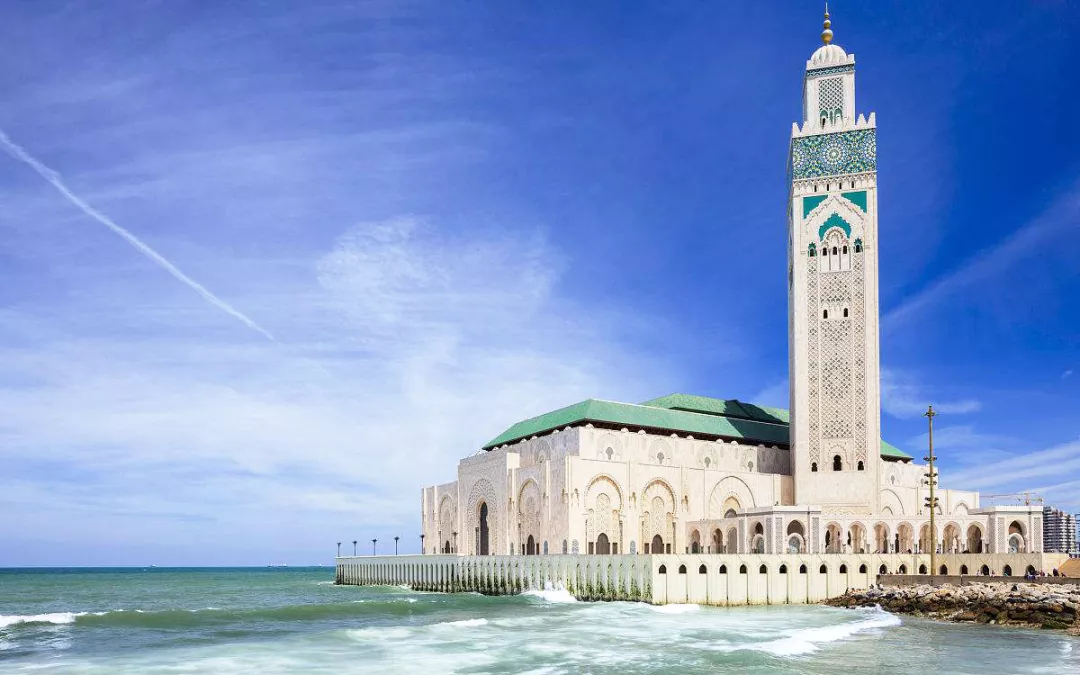 The most iconic attraction in Casablanca is the Hassan II Mosque, the third largest mosque in the world. It is also the only mosque open to foreigners and non-Muslims. 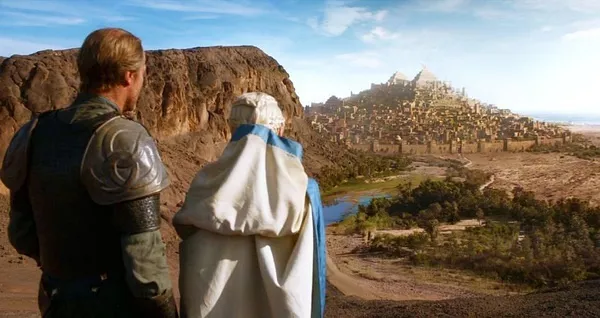 In the Aït Benhaddou village, there is always an illusion of a giant dragon flying up behind it. I only blame that there is a block here that can't stop the "Hollywood blockbuster". "Game of Thrones" Yunkai's scenery is chosen here. 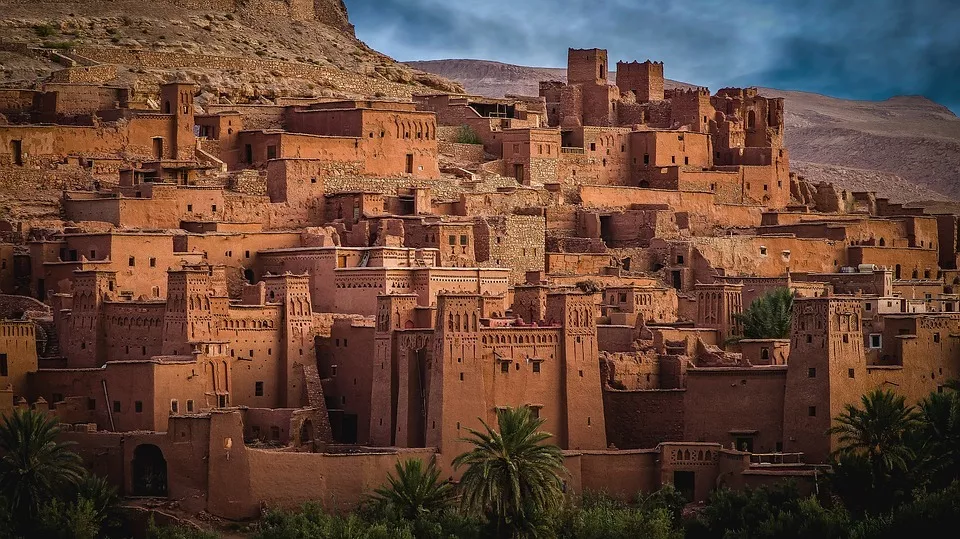 This village, built in the 8th century, is known as “the most beautiful village in Morocco” and a world heritage site. In addition to "Game of Thrones", there are more than 20 Hollywood blockbusters who have also taken pictures here.

05 / Fez: Through the Millennium, A World Heritage Ancient City 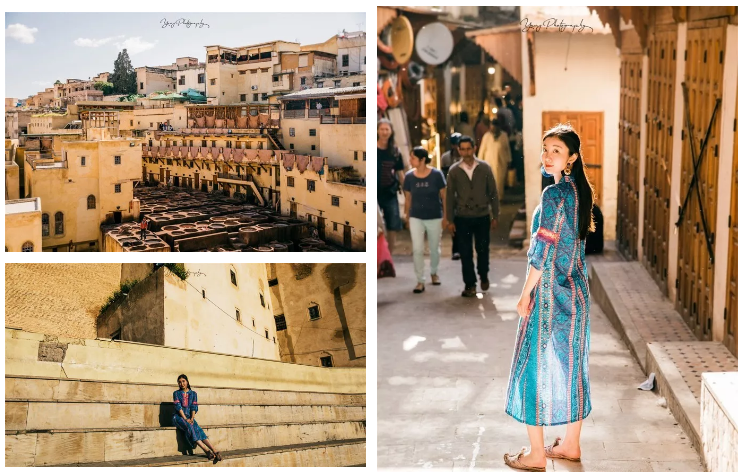 Among the four imperial cities in Morocco, Fez is undoubtedly the oldest one. The Arab settlement in the ancient city is listed as a World Heritage Site. Fes has a typical Arab city of Medina, a mysterious oriental style, and is known for its exquisite Islamic architectural art.

This place has produced famous "Gladiator", "Four Feathers", "Romancing the Stone", "Cleopatra", "Insh Allah", "The Jewel of the Nile", "Lawrence of Arabia", "Spy Game" and so on. It is known as "Hollywood in North Africa." 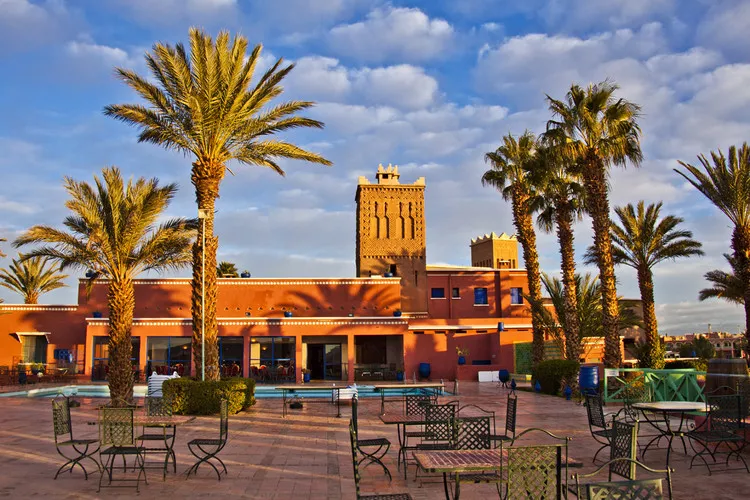 Facing the warm sunshine of North African , I thought I had come to Egypt in a trance. If you are a fan of Hollywood blockbusters, it will be more enjoyable to visit here. 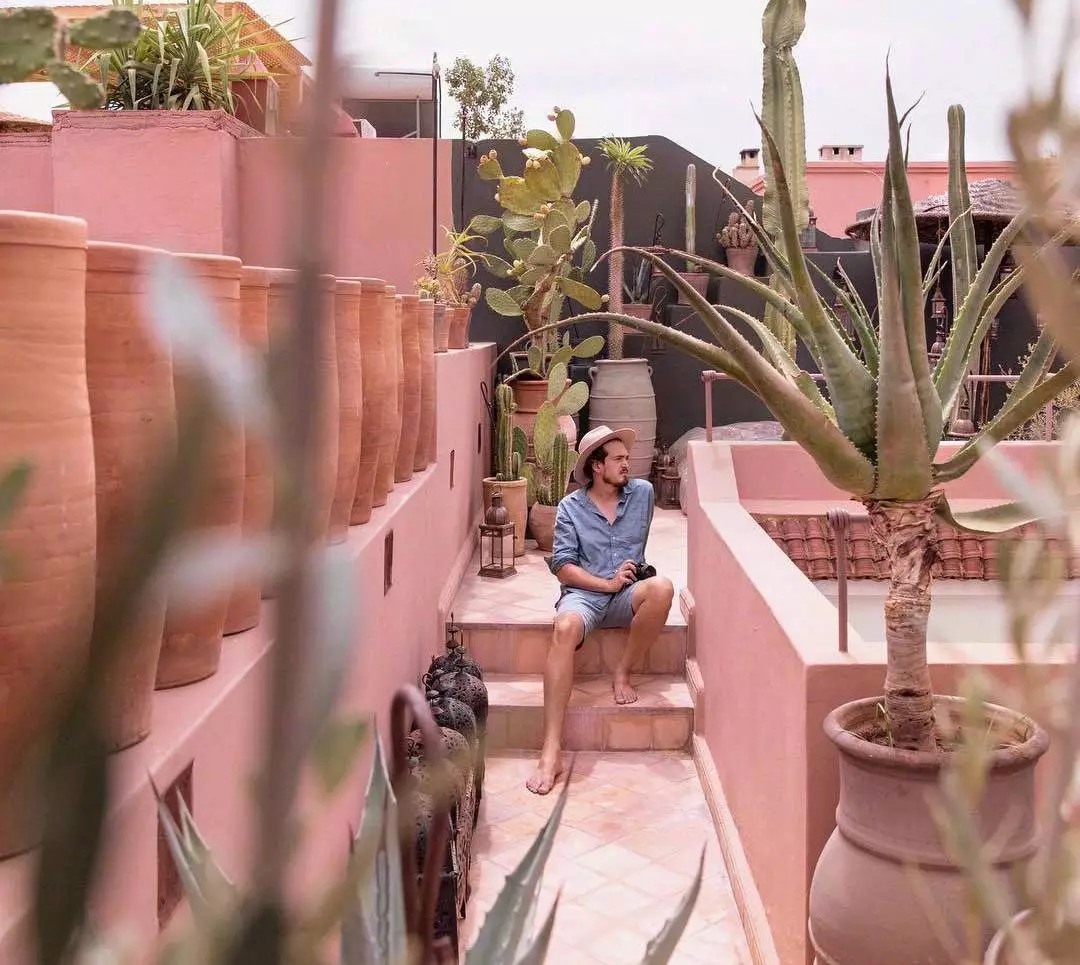 Marrakech is derived from Berber, meaning "the realm of God." And its main color is just the dirty pink that is quite popular this year. 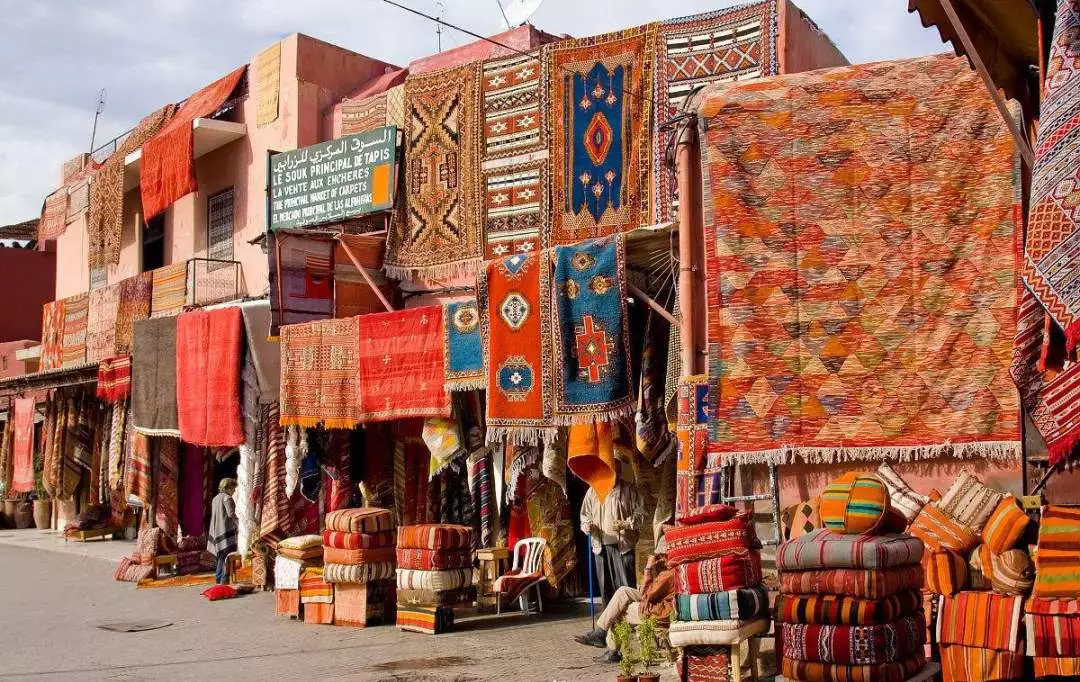 Warm carpets and handicrafts are dazzling, and everything is depicted in "tales from the thousand and one nights"

Morocco and fashion big names have unclear origins. This private garden in Marrakech is the inspiration for the French luxury brand YSL. 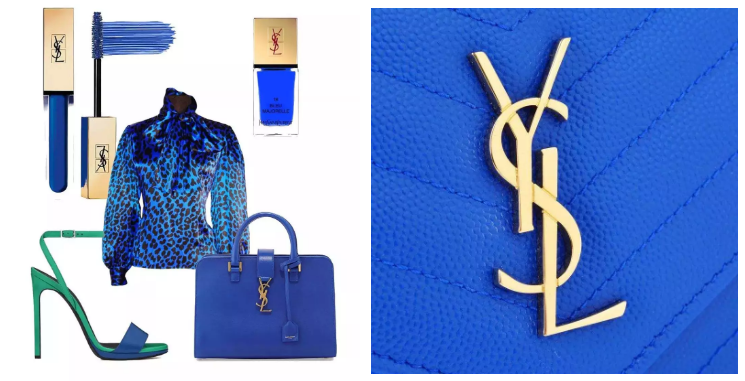 Known as the most mysterious and legendary private villa garden of the 20th century, this unique blue pigment, boldly used, is said to have been extracted from Saharan plants and is hard to find anywhere else in the world.

The famous Majorelle Blue is the inspiration for YSL18 blue nail polish. 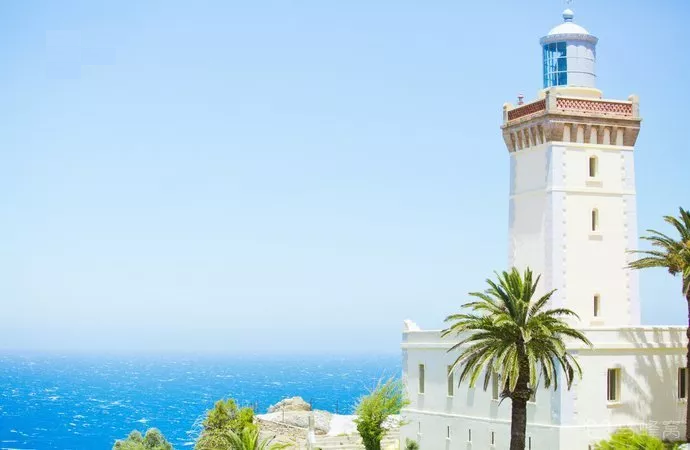 Tangier, the coastal city in the northwest of Africa, is the dividing line between the Atlantic and the Mediterranean. 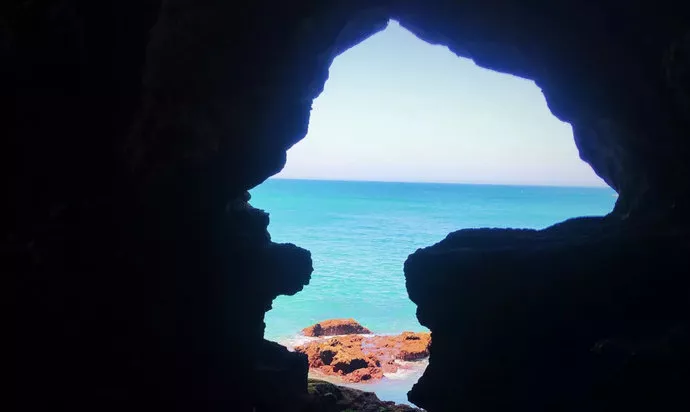 It is only 18 km from Europe opposite, and you can see Spain, the kasbah Lighthouse, the gateway to the Atlantic and the Mediterranean, and the natural wonder "African Cave".