Nepal | Snow Mountain and the Kingdom of God

A city that flutters the wind and the flag

There is always a sound that can penetrate your heart.

Against the sky of the fishtail

Unique and quiet blue and white that can express your vision

There are also pure smiles that can render your face. 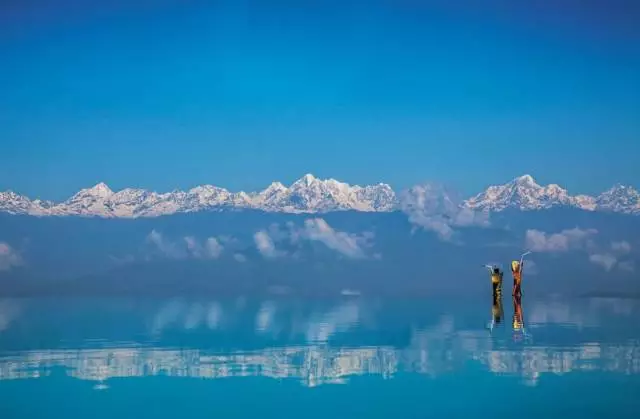 Standing on top of heaven, Nepal under the Himalayas, in the snow-covered world, opens a scene of red meditation and green passion. 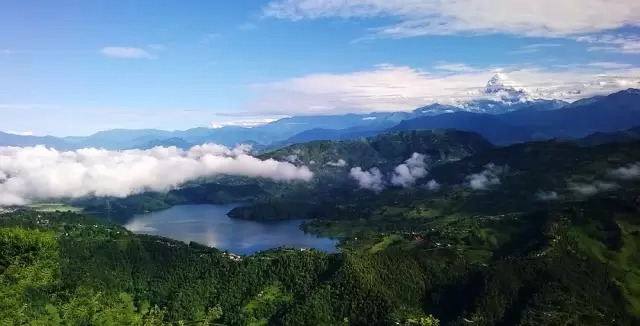 With 8 peaks above 8,000 meters above sea level, there is a virgin forest where elephants can be found for rhinos. This poor but mysterious country, like the Himalayan ice and snow, crystallizes at the edge of the material world and the heights of the spiritual kingdom. 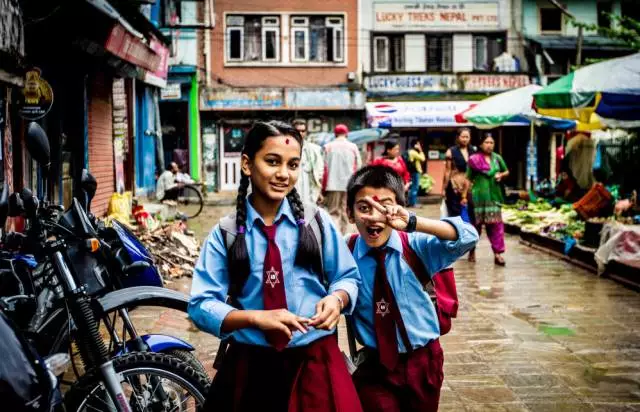 Buddhist temples and ascetic monks are everywhere here. Faith is a part of life. If you believe or don't believe, you will change your life in a subtle way. 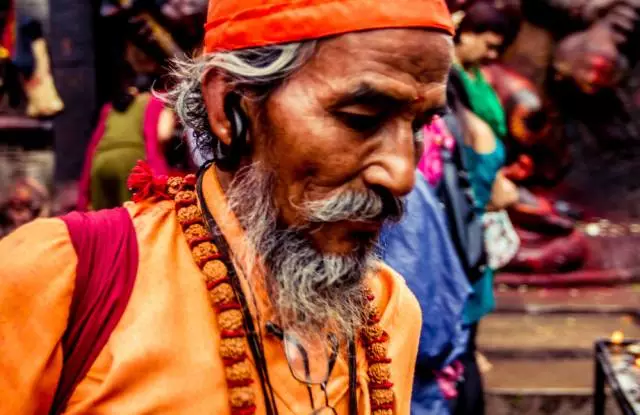 Dewarika Resort promotes Himalayan knowledge and philosophy of “Caring for Nature and Caring for Oneself” to provide a full range of seclusion. 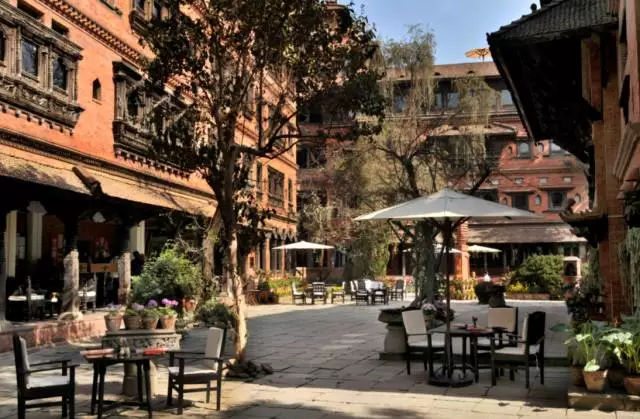 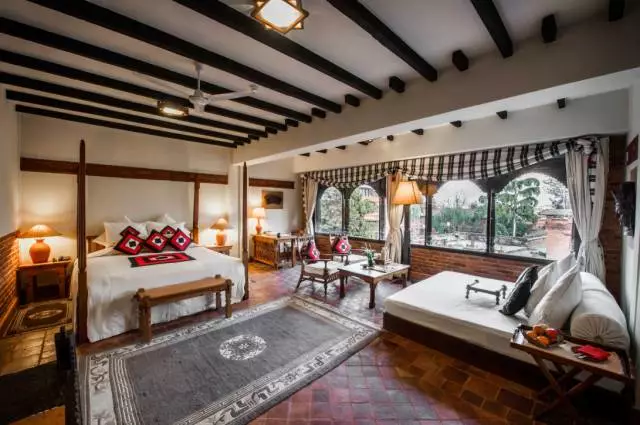 Pokhara Temple Tree Spa Resort offers a touch of light but real warmth in this strange and familiar city. 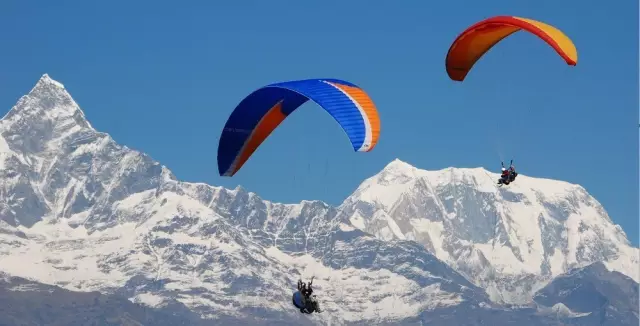 Kathmandu is the capital of Nepal and a major tourist attraction. In general, Kathmandu tourism refers to Kathmandu and its two surrounding cities, Patan and Badgau. The prosperous Kathmandu crowded people, standing next to Durbar Square, the ancient buildings of the building, and occasionally walked through the sari of the gorgeous sari. 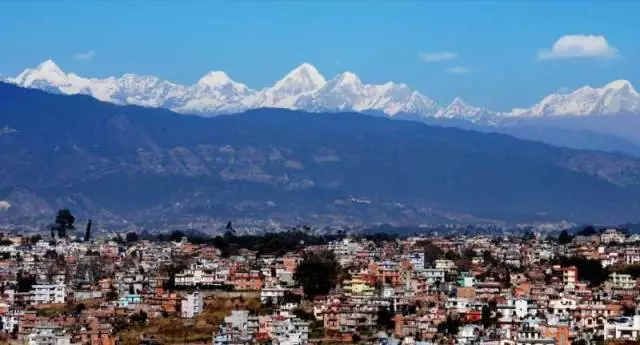 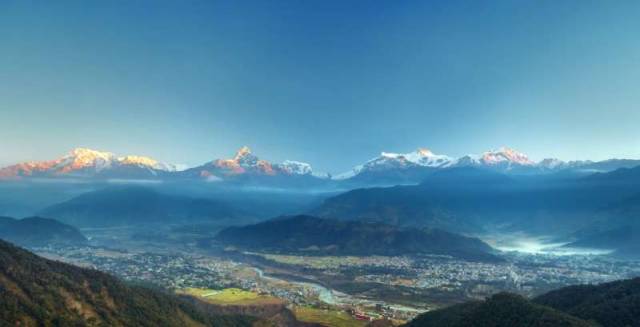 Bouddhanath Temple, the five-color warp that radiates from the tip of the pagoda, sways with the breeze, watching the believers and tourists ring the tower, and then the appearance of Shiva's double-layered gold-top and silver-gate temple. 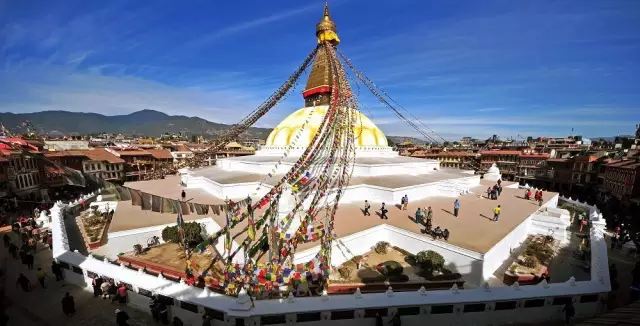 Durbar Square, the palace square, means the artistic essences of the two ancient Sanskrit epics of India, Mok Bharat and Ramayana, which are gathered in the square statue palace and sit in Durbar Square. Borrow one of the pure land in the noisy, and exhale the thoughts with the pigeons. 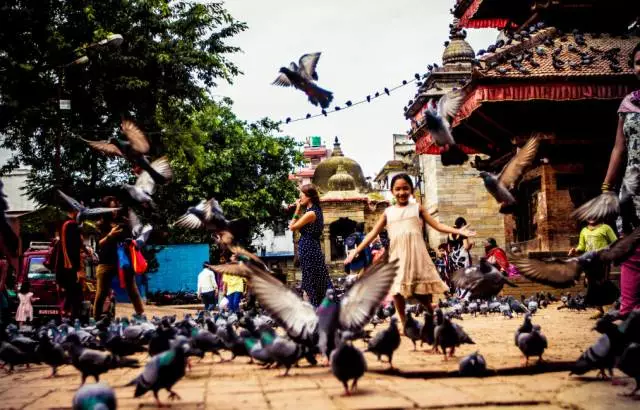 Kumari Bahal, also known as the virgin goddess, is the "living goddess" of Nepal. Its history dates back to the Mala Dynasty in the 16th century and was later inherited by the Shah Dynasty. It has always been worshipped by Hindus and Buddhists. From Nepal to the king, down to the people, the worship of the Kumari goddess is very religious. According to the Hindu scriptures, the goddess is the incarnation of the goddess of wisdom, and is also the symbol of the god of power. The goddess of the library is believed to be the source of the power and shelter of the king of India and the spiritual pillar of his followers. 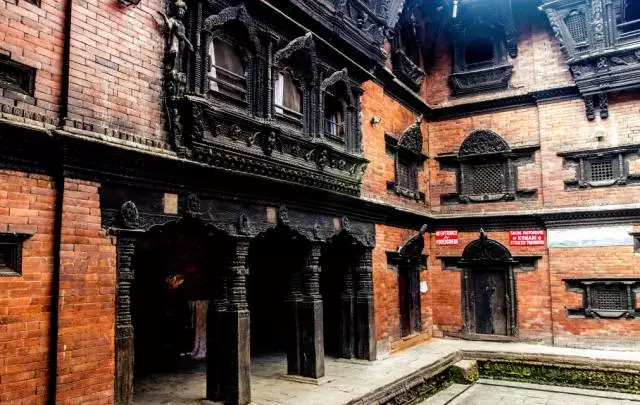 Nagarkot - the observation deck of the Himalayas 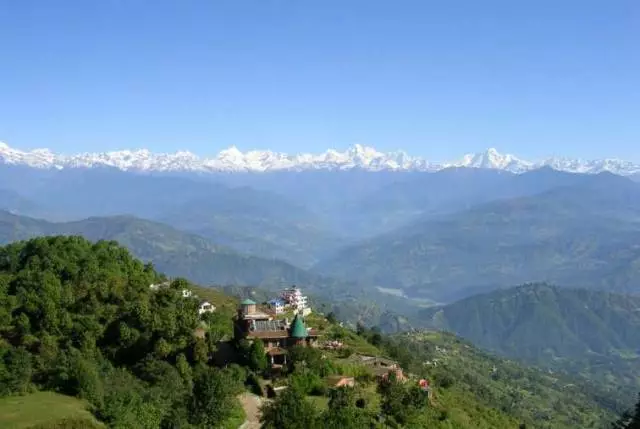 Here you can enjoy a panoramic view of the Himalayas, and the Himalayan snow-capped mountains are like a jade belt hanging in the air. If you have high visibility, you can also see the world's highest peak, Mount Everest. 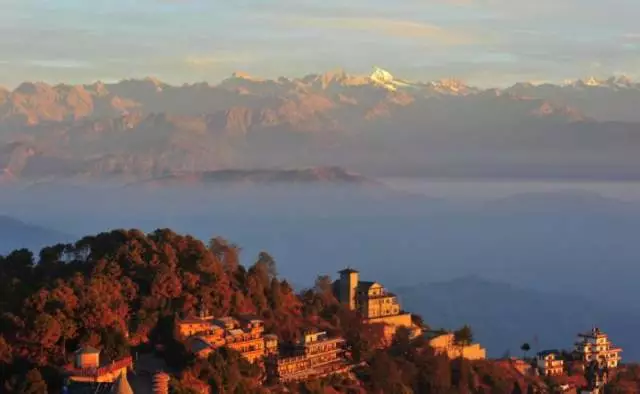 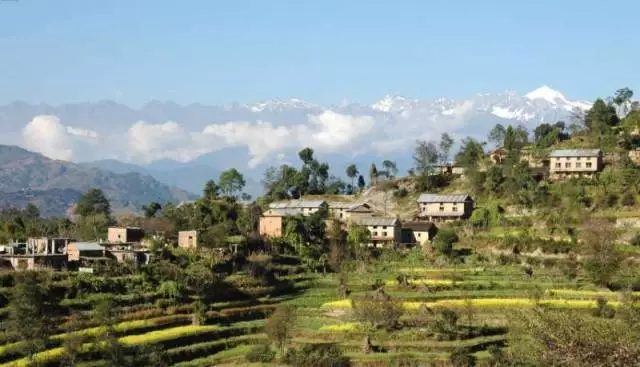 Located in central Nepal, Pokhara is a well-known tourist town known as the “Oriental Little Switzerland”. Pokhara is the entrance to the Annapurna Mountains' classic walking line. It goes up the hill and has a different style to discover. 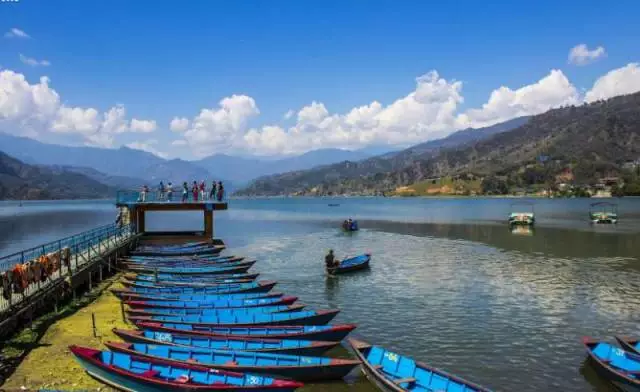 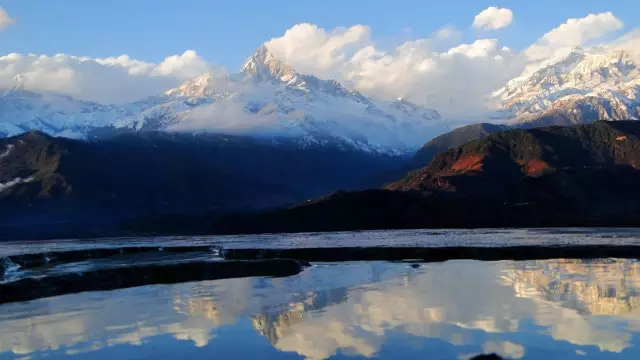 Fewa Lake - Pokhara has become quiet, clean and quiet due to Lake Fawa. Boating on the tranquil Fewa Lake is the best way to relax and enjoy the lake and mountains. Support a boat, float to the center of the lake, facing the beautiful fishtail peak, and then float the paddle, enjoy the quiet, breeze, snowy mountains. 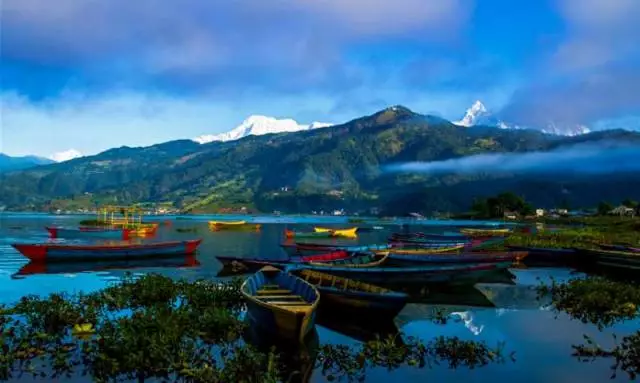 The fishtail peak - a sacred mountain shaped like a fish tail, is considered by the locals to be a symbol of Shiva. Although the altitude is only 6993 meters, because of its unique mountain shape, steep slope, magnificent momentum, and relatively close to Pokhara, the mountain is even higher in the hearts of the locals than the main peak of Annapurna. 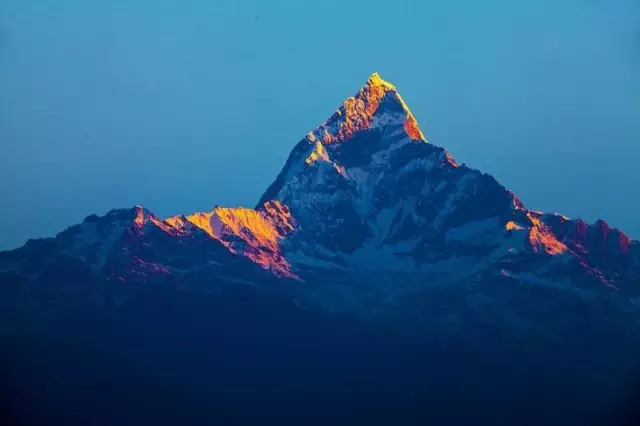 Swayambhunath, the world's Buddhist shrine built in the third century AD, is said to be a place where the buddhas and buds of the buddhas are bred as lotuses to nurture the rich land, while Sakyamuni and Manjushri Bodhisattva has left footprints in this ancient temple. The big stupa towering on the top of the mountain is painted with Buddha's insight into all eyes to show that the Buddha's eyes are boundless. 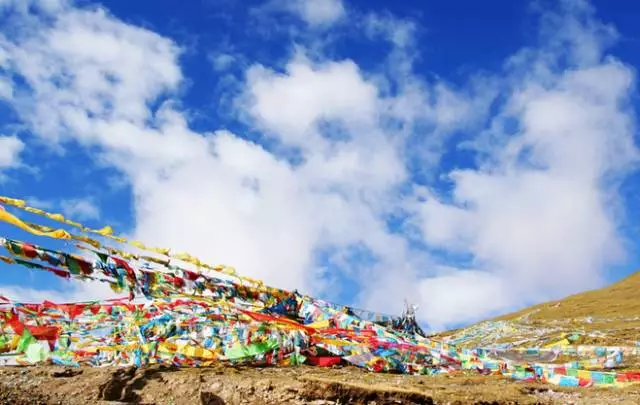 The Shakti Goddess, where many female rituals are often seen crossing the lake to bring many female animals and poultry to the gods, is now an indispensable part of the local wedding ceremony, when the golden afterglow climbs Anna Over the sky above Purna, the hustle and bustle of the lake and mountains are in sight. 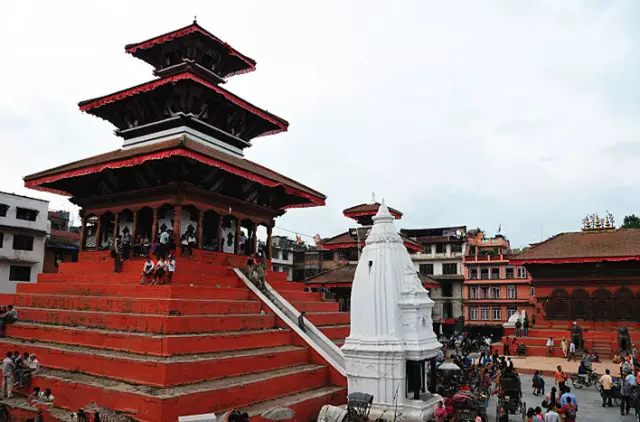 The village of Naudanda (about 1 hour), where the Nepalese minority Majia and Gurong are inhabited, the strange name hides the brave and savage Gurchen army, and we will visit several local families. Explore the most impoverished and primitive life and the most sincere smile. 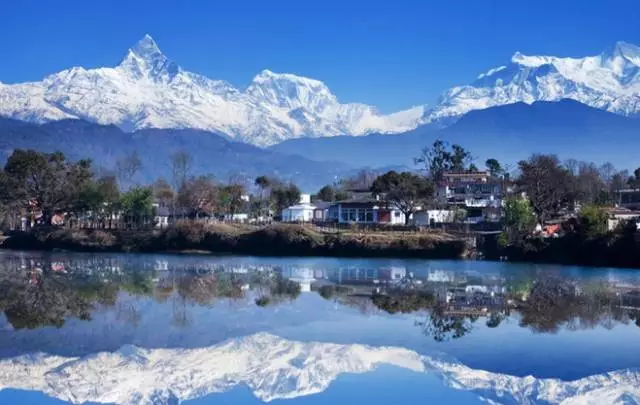 Wandering in the Himalayas, a magical and enticing land, time seems to be stagnant here, ancient temples, several of the world's best hiking routes, so that the world's tourists dumped it.

Snow Mountain and the Kingdom of God