Look at what "the place where God lives" 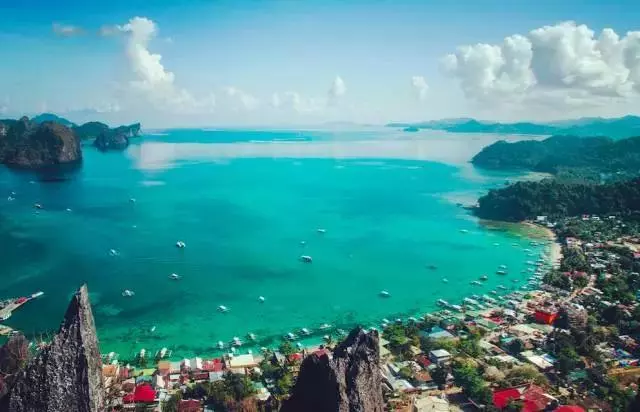 Magellan on the voyage

Discovered the beautiful island surrounded by palms in Cebu

The cross he placed when he landed on the island in 1521.

Still in the church on the island

Pray for peace before coming to the cross 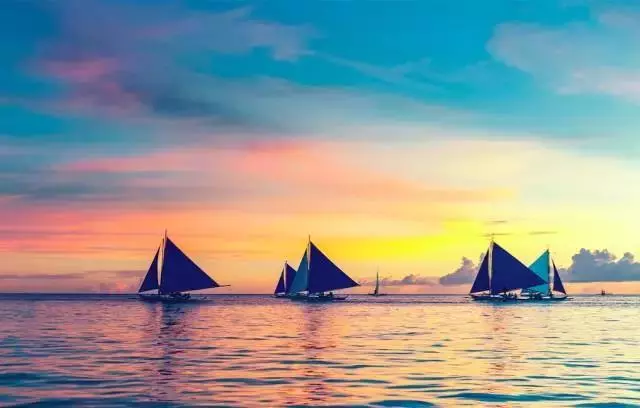 And the island of Bohol in Cebu

It is the most beautiful of the more than 7,000 small islands in the Philippines.

There are quiet stars and sundial 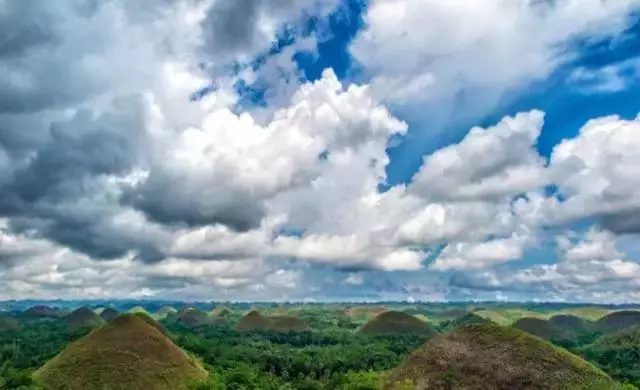 But this time, we chose Palawan with fewer people. Located in the southwestern part of the Philippines, Palawan is mainly composed of Puerto Princesa (Princess Port), El Nido, and Coron Island. It is said to be the “final pure land” of the Philippines and also a “maritime utopia”. 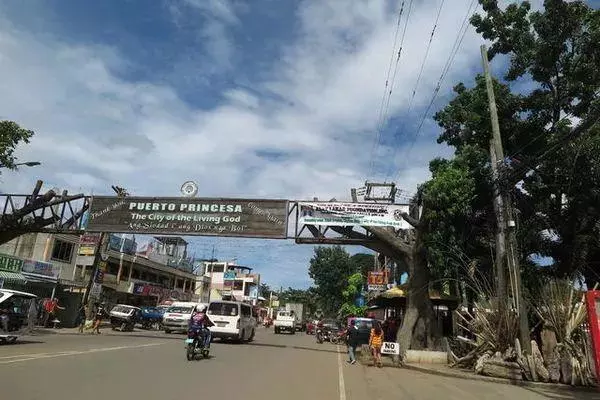 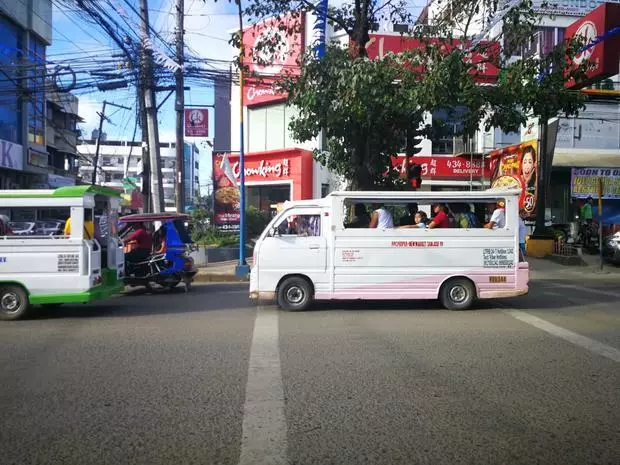 Puerto Princesa is the capital of Palawan Province and has many tourist resources. However, tourists can't travel alone. They need to book in advance. Domestic TB and local hotel front desks provide services. Local guides will pick up and drop off at the hotel. The tour guide is very warm but It will not be Chinese, and its peers are basically foreigners. Therefore, the basic English communication will still have some. 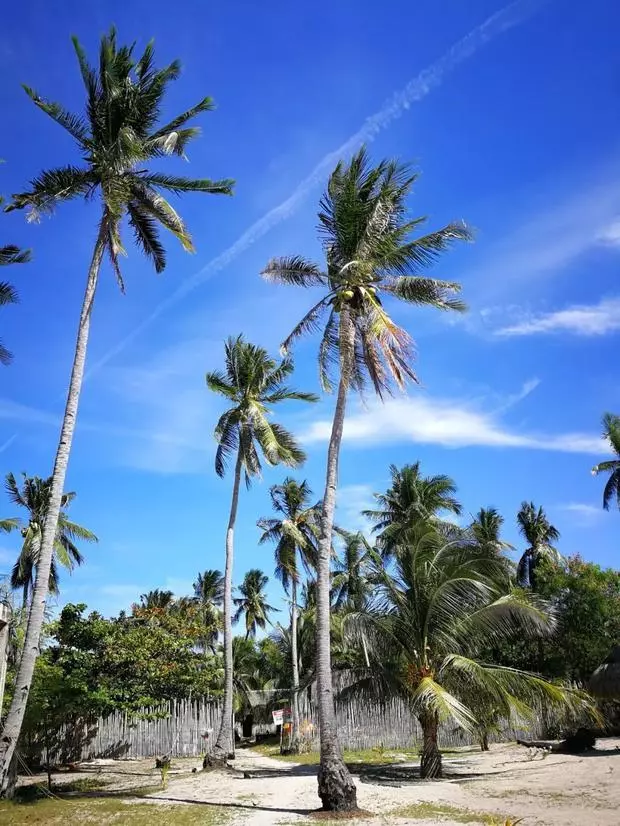 Take a Philippine-style crab boat out to sea and reach Starfish Island. It is especially suitable for snorkeling. You can see groups of small fish on the beach. It is said that you can see the starfish underwater. The day was sunny, the sea was shining brightly, and the seabed visibility was very high.

The island's sand is very white, with a long trailing tail, which is particularly romantic and beautiful under the sea and sky. 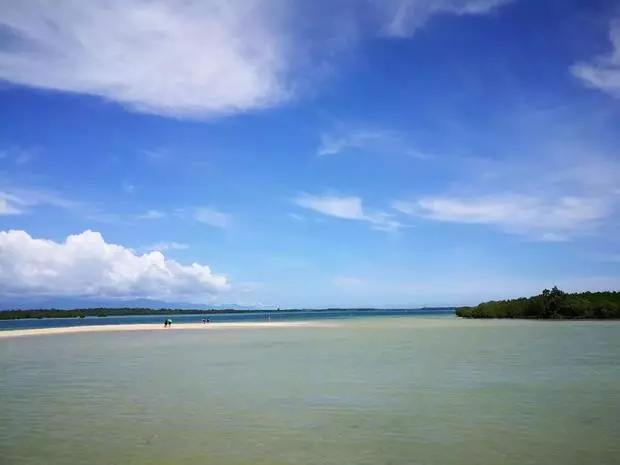 The small island is small in size and feels that this island is unoccupied everyday. It is specially developed for tourists to visit and play. The swimming pool on the beach also has a warrior jumping platform and jumps into the deep blue sea. 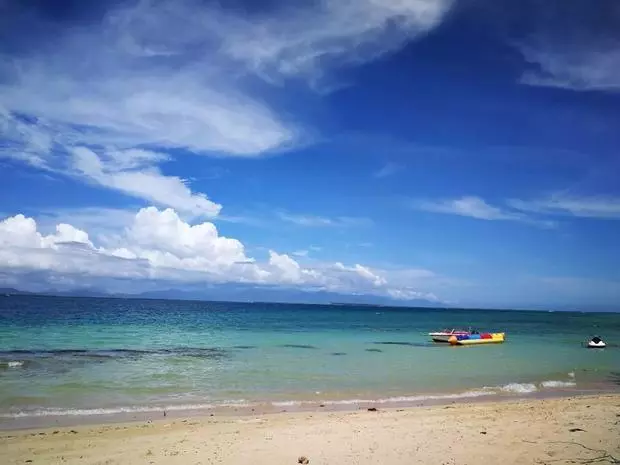 The underground river of Sao Paulo is one of the Seven Wonders of the World. It is also far from Puerto Princesa. The tour guide patiently tells visitors how to pick the right pearl jewelry from the street vendors. The underground river in Sao Paulo restricts the number of visitors every day and needs to take a boat to go through several large lizards before entering the cave. 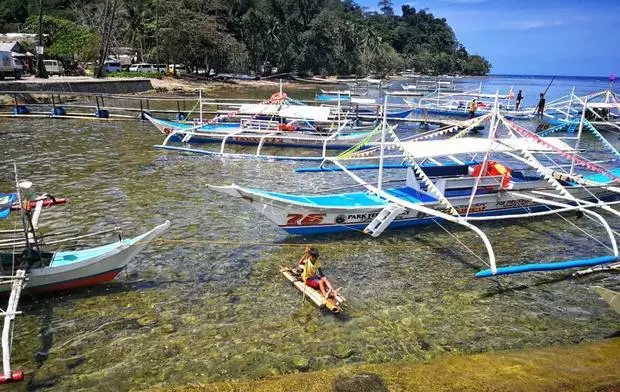 The underground river is 8 kilometers long and can be visited only 1.5 kilometers. Compared with the domestic, the underground river is well preserved, there is no spotlight, and it is all viewed by the guided flashlight of the pontoon. The cave is relatively cold, with many bats hanging upside down, and you can really feel a very primitive natural beauty. The Chinese explanation in the headset is also convenient. 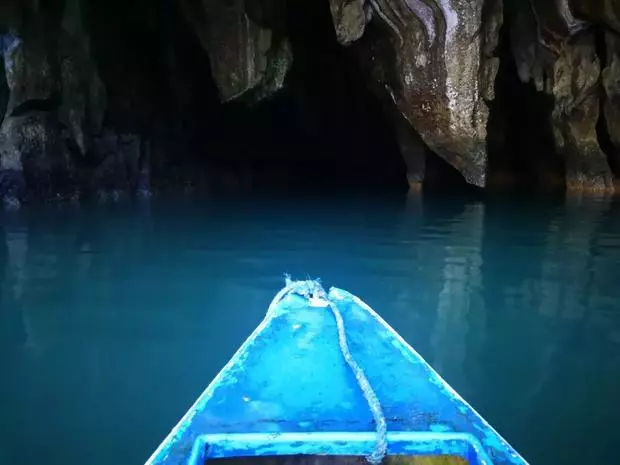 There is a rumored Samsung Michelin restaurant in Puerto Princesa that should be the best Filipino meal in the trip. There are many people who need to call in advance to book a seat. The consumption was not high and the two ate 200 yuan. 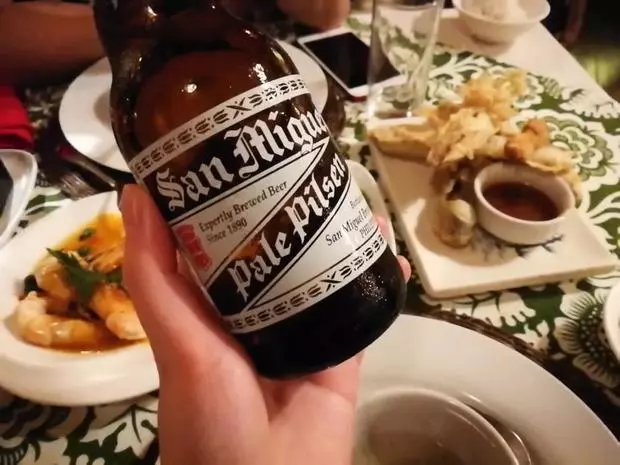 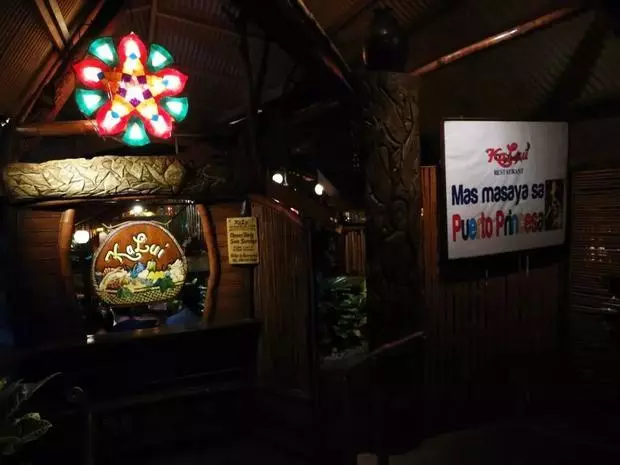 Everything in the world can be lost

But your life story cannot be copied or taken away.