She is the Ceylon country on the Maritime Silk Road in the history book. She is praised as the "Pearl" on the Indian Ocean. If India is an open country, then this is a mysterious country hidden by the veil of God. Coexisting with vitality, a country that can have a true smile everywhere - Sri Lanka. 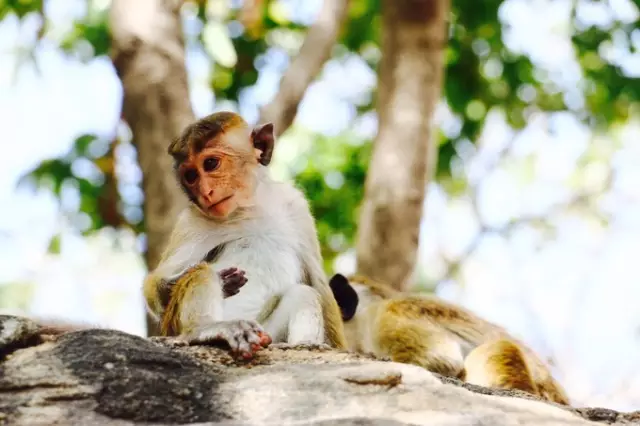 Every city in Sri Lanka has its own story, either ancient, or mysterious, or colorful.

If you are new to Sri Lanka, then let's start with "Spirited Away" that you will never be stranger to. 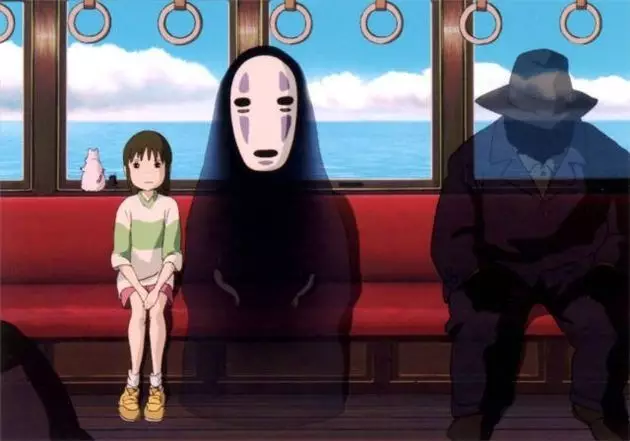 Sri Lanka has a very famous sea train. It is said that this train is the prototype of the sea train that Hayao Miyazaki created in "Spirited Away". The iron train is driving on the blue sea, and the blue sea is just outside the window. Sitting in the carriage, remembering that in the movie, Chihiro and the faceless man sit side by side, and the window is also such an endless blue. Suddenly there is an unknown feeling coming in. 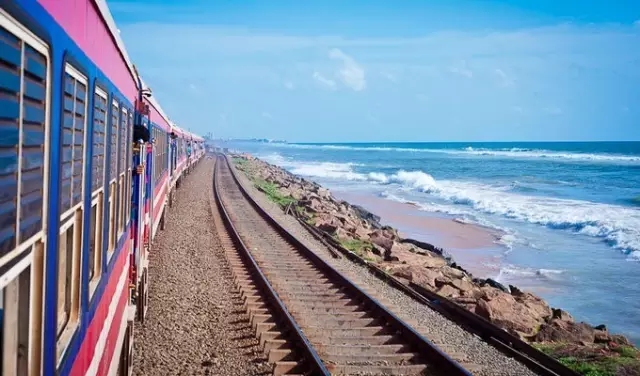 Like most Southeast Asian countries, Sri Lanka is also a country where most people believe in Buddhism. Walking on the streets of Sri Lanka, the country tree ironwood and water lilies are everywhere on the street. Outside each temple, you will see a row of long stalls with pure lotus flowers to facilitate people to pray. In the quiet afternoon, the towering coconut trees stand on the side of the road to break the hot sun. The most thirst-quenching in Sri Lanka is the sale of golden coconuts everywhere on the street. The hands of a group of people hold a golden coconut in their hands, and the straws pass through the white coconut flesh. The sweet and cool coconut water instantly drives away the sun. The heat. 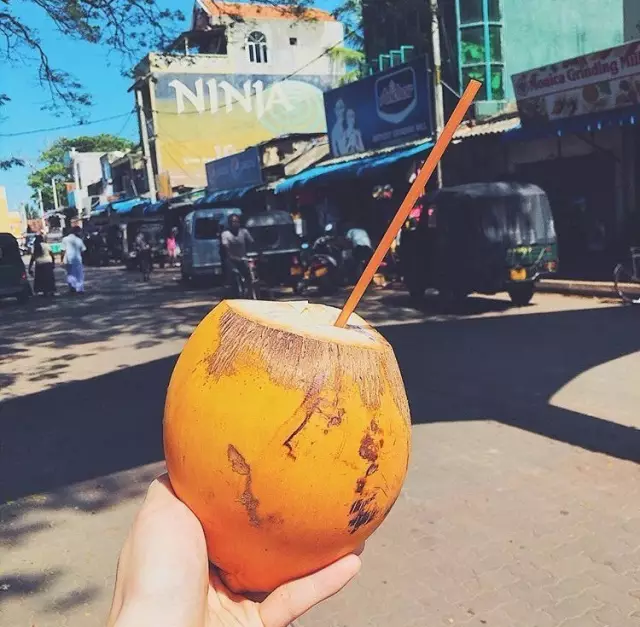 Located in the middle of the island of Sri Lanka, the Dambulla Cave Temple is situated on a rocky mountain slope. It is a temple built on a stone wall (a temple in stone) and a pilgrimage site in Sri Lanka. In the 1st century BC, the craftsmen of the time crafted the five grottoes from a 160- meter-long granite layer. The whole temple was embedded in the stone mountain. The craftsmen not only carved a lot of Buddha statues with stones, but also the colored murals from the doorway to the wall to the ceiling. The craftsmanship is so impressive that it is hard to believe that it was more than 2,000 years ago, the Dambulla Cave Temple Has been listed as a World Heritage Site. 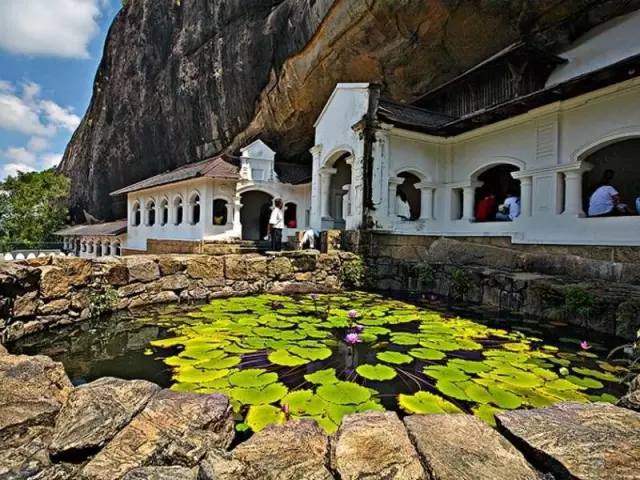 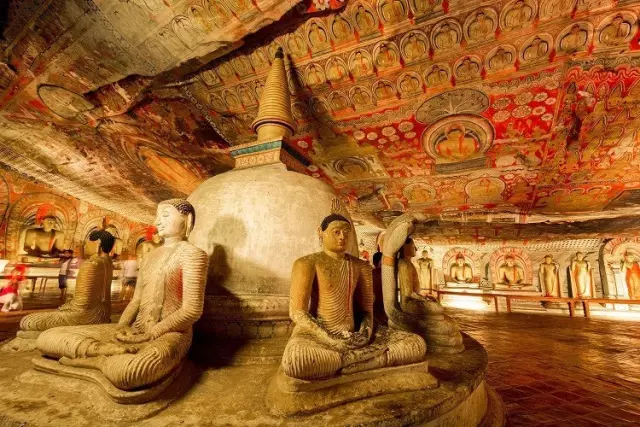 As the old capital of Sri Lanka, Kandy still maintains the royal charm, low-key and gorgeous, local culture and colonial culture coexist in this ancient city with a new look, and more importantly, Kandy is also a holy city for Buddhists. Because here is the tooth relic of Sakyamuni. 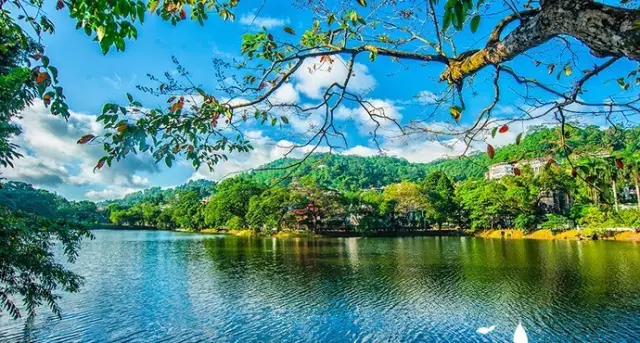 The Tooth Relic Temple is dedicated to the tooth relic of Sakyamuni, the national treasure of Sri Lanka. This is also an important reason why Kandy is a holy place for Buddhists in the world. Located on the shore of Kangdi Lake, Buddha Tooth Relic Temple looks like a white lotus flower blooming in the lake. Entering the Buddha Tooth Relic Temple requires strict security checks. Each visitor needs to take off his shoes before entering. He also needs to wear long clothes covering his arms and knees. The temple has two floors, the hall is full of halls, and the structure is complex. The ceiling of the hall is covered with painted gold and gold ornaments. 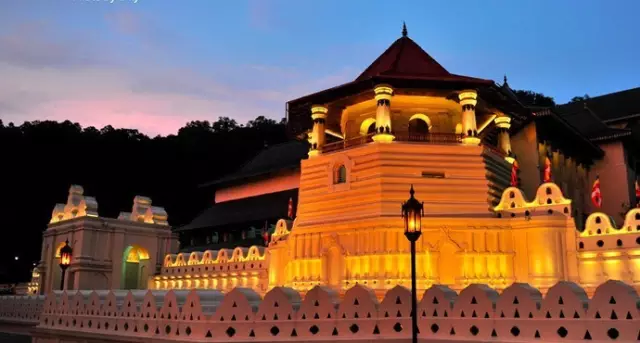 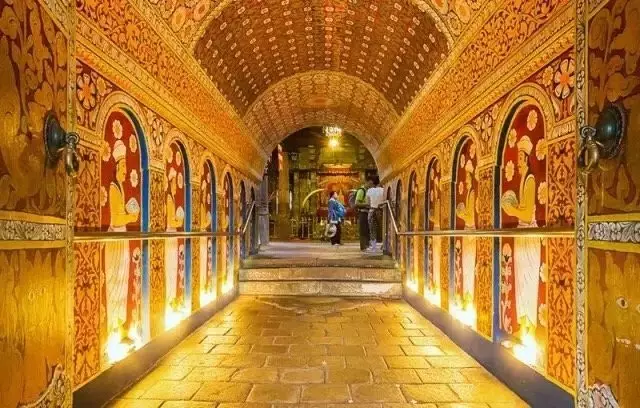 Buddha tooth is enshrined in the inner hall on the second floor and is also the center of the entire temple. The Buddha's Tooth Tower, which is dedicated to the Buddha's tooth, will open at a fixed time every morning, at noon and at dusk. The believers will hold the lotus and pray in front of the Buddha's tooth. At this time, no matter which country you are from, you will be quiet and peaceful. The atmosphere is moving, and I don’t feel that I am respectful of all this. Buddha Tooth Relic Temple sometimes has Buddha light.If you have a Buddhist edge and are lucky enough , you may encounter a rare "Buddha Light" here to witness the moment of Buddha's light. 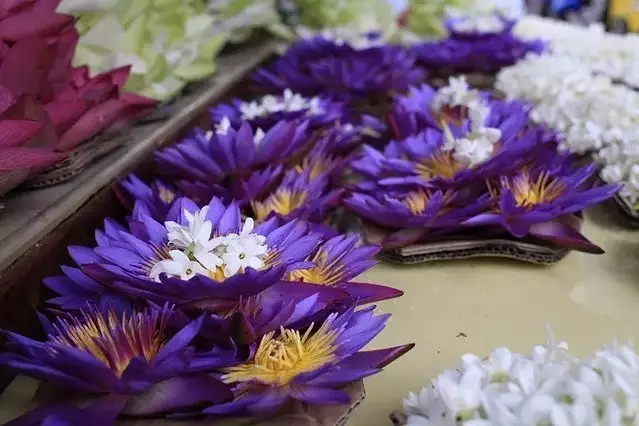 I hope that every morning in Sri Lanka is awakened by the fragrance of Ceylon black tea.Ceylon black tea is famous, but " Ceylon tea " is a collective term, referring to the black tea produced in Ceylon. Only 100% of the tea produced in Sri Lanka can be called Ceylon tea. Walking through the old white wall and white fenced houses, the blooming rose garden chooses a quiet road in the tea house to walk around the tea garden to see the tea-skilled women's skilled movements. The air is filled with a touch of tea aroma, and you will love in the blink of an eye. Here on. 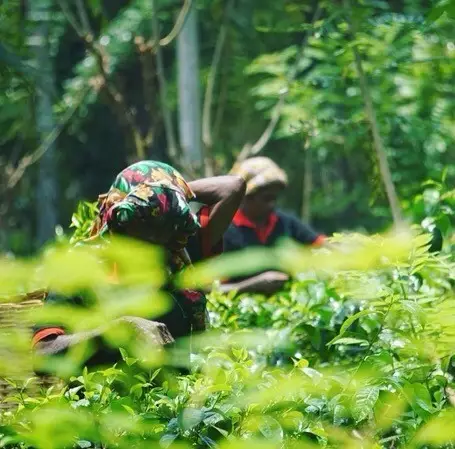 Many people who fell in love with Sri Lanka mostly fell in love with the city of Galle.Located in the southernmost coastal city of Sri Lanka, Galle Castle is also known as the Galle Fortress. It was first ruled by the Portuguese and later colonized by the Dutch. Therefore, there are still many European-style buildings that are kept in various buildings. Came to the medieval Europe, but this is a little more passionate than Europe. 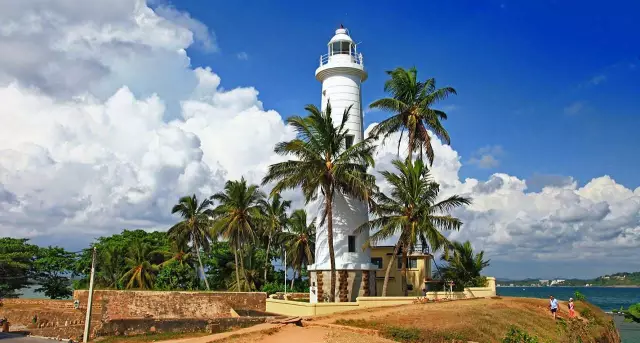 Galle's castle in Galle is like a patron saint. In the catastrophic tsunami of 2004 , Galle Castle protected the entire city of Galle with its strong and hard walls, all the artifacts. And the building was preserved. In the evening, walk slowly around the city wall, watching the red sun slowly descending on the blue sea coast, listening to the waves hitting the white sand beach and feeling the sea breeze on the Indian Ocean. It is not difficult to imagine why the Europeans at that time wanted to move their homes. Here, it is really beautiful. 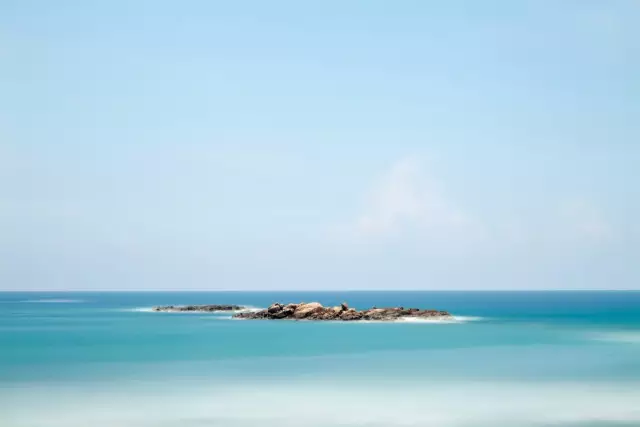 The traditional fishing method of sorghum fishing is dubbed as “the most cattle fishing method in the world”. The tide is on schedule, and the bottom of the bamboo raft has not passed. The fishermen are firmly seated on wooden sticks and hemp ropes. On the cross, the fish squid into the fish, and the sardines swimming in the clear water are their prey. It is worth mentioning that the fishing rods used by the fishermen do not use the bait, and it is a wisher who is hooked. 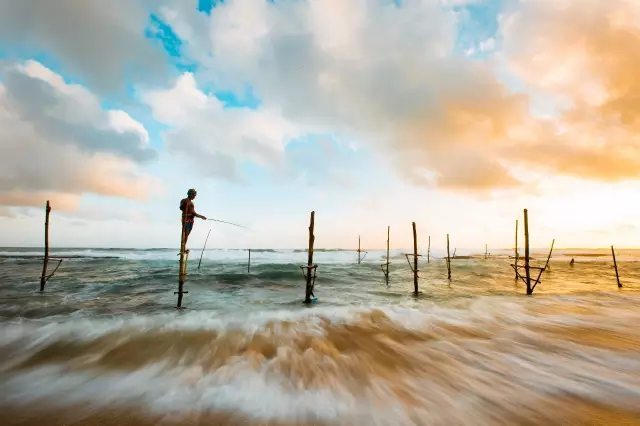 Yala National Park is the highest density forest park in the world. Many people come to see the leopard. In fact, there are many animals besides the leopard, such as sika deer, peacocks, buffalo, wild boar, crocodile, flamingo and so on. 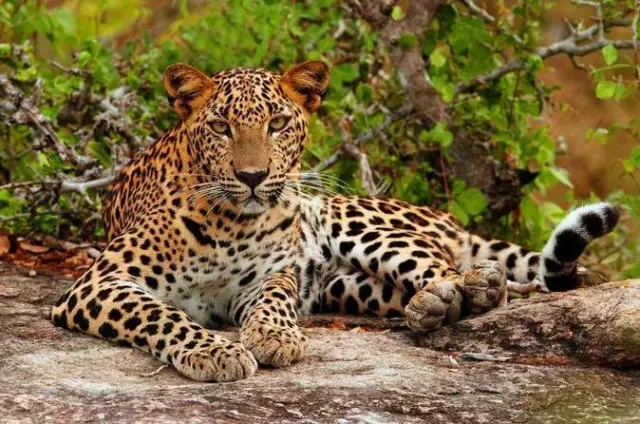 Driving in Safari in Yala National Park is a bit of a feeling of Safari on the African savannah in Kenya , but if you want to compare the two, it is really difficult for Yarra Park, or it is too difficult for Asian countries. In Yala Park Safari and on the African savannah Safari it is two completely different feelings, although the former and the latter is similar, but the difference really feel a big slice, of course, if you do not want to fly in Africa so far Safari in Nayala Park is a good choice. 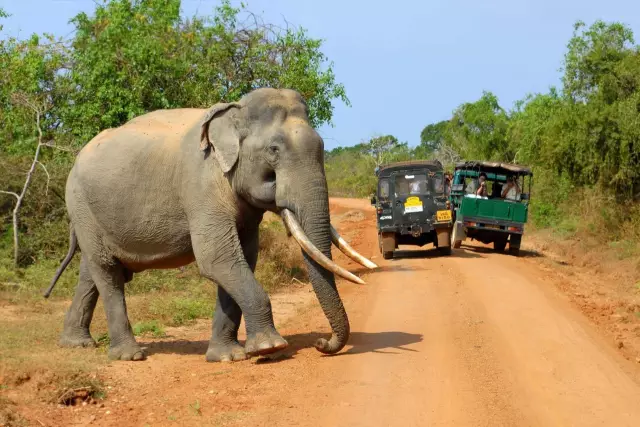 Although Sri Lanka is not as famous in China as tourism in developed countries, it is a real tourist country. The hotel facilities are all available. Since it is a trip with a baby, the rest of the hotel must not be allowed, so as not to affect the experience of the trip. . All accommodations in this Sri Lankan tour are local five-star hotels, which will also be staying at Sri Lanka's newest Shangri-La hotel, which is comfortable and has a better local experience. 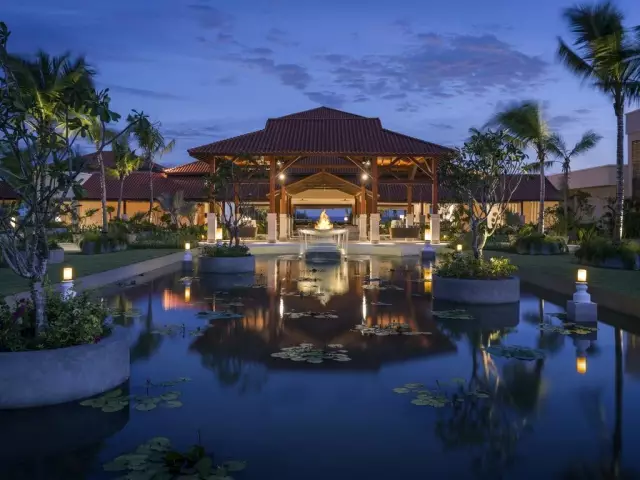 Located on the ancient Spice Road, the Shangri-La Hotel & Spa, Hambantota is Sri Lanka’s largest resort, overlooking Sri Lanka’s pristine southern coast. Every area in the hotel is marked by animals: elephants, turtles, eagle, deer, leopards, etc. There are also many rides in the hotel, on the open grass in the background of the blue Indian Ocean. Experience, as well as water slides, fancy billiards, trapeze, etc. There is also a small 30-meter swimming pool outside the hotel, facing the sea and enjoying the sunset over the sea. 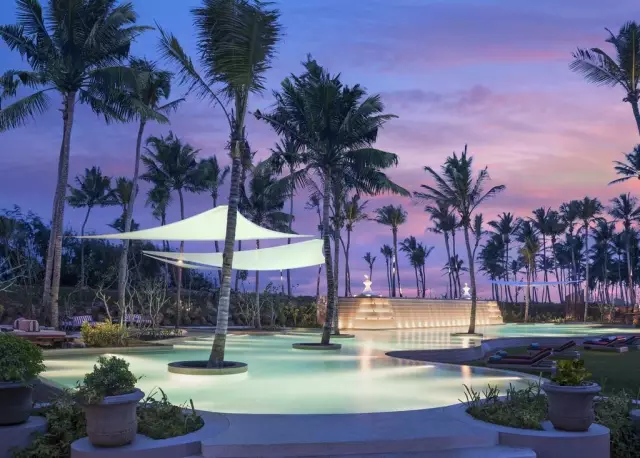 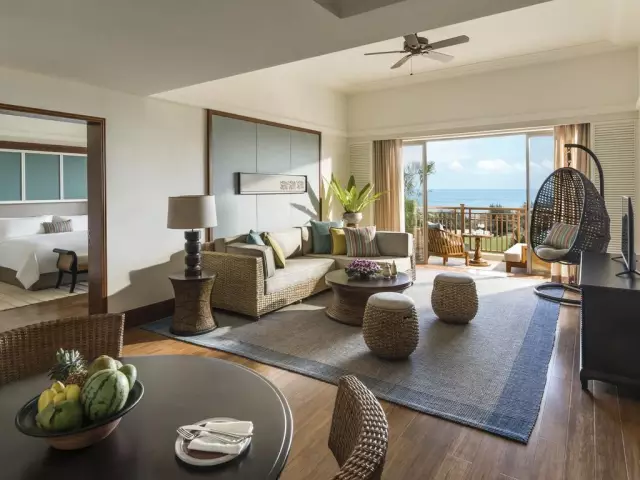 There is also a Chinese and Ayurvedic spa service in the hotel, which is very effective for soothing fatigue. You can try it out for your beautiful mother! 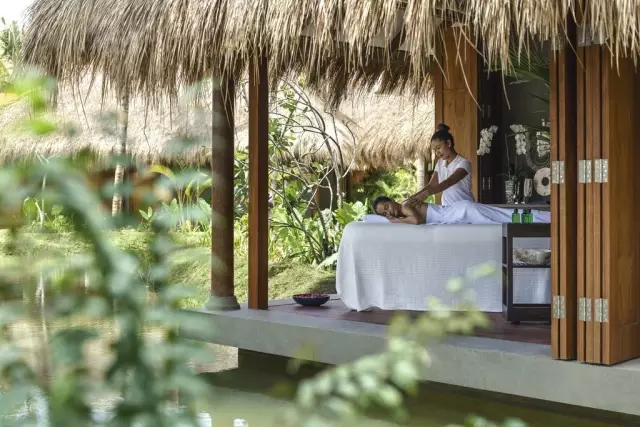