Located on the eastern edge of the African continent, Tanzania is the largest country in East Africa facing the Indian Ocean. The privileged location gives the country a pleasant, weather-friendly weather and climate – the sun is sunny during the day and the night is cool and comfortable.

Tanzania has world-class national parks and the best wild Safari in the world. The annual migration of animals is enough to shock all the senses of the visitors! After experiencing an eye-opening safari and cost-effective mountaineering, there is nothing more pleasant than the sun and sand that Zanzibar brings to you. There are world-class white sand and high quality coastline. It is the best choice for relaxing and relaxing. 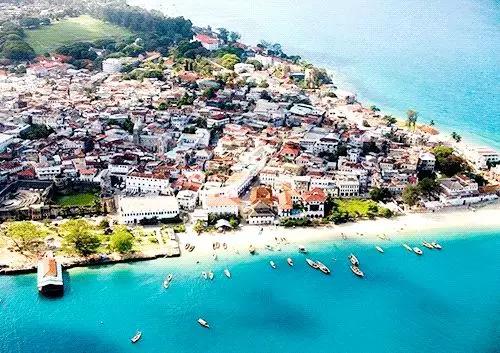 Highlights of the trip 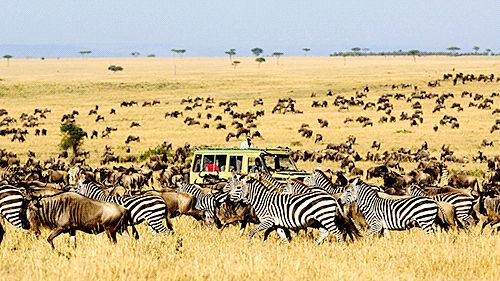 “Serengeti” means “infinite plains” in Maasai. It has an area of ​​14,763 square kilometers, and there are about 3 million large wild animals inhabiting it, of which there are more than 130 kinds of mammals. It is the most concentrated place for mammals all over the world; more than 350 species of birds. 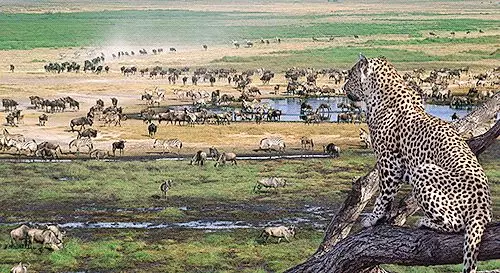 This vast plain is the region with the largest number of cheetahs, leopards and lions in the world, and plays the code of the jungle. The migration of animals from December to April is even more of a wonder on Earth – thousands of ungulates are constantly migrating to find fresh grasses, driven by the rhythm of the original life.The thrills and hardships on the road, compose an immortal nature movement! 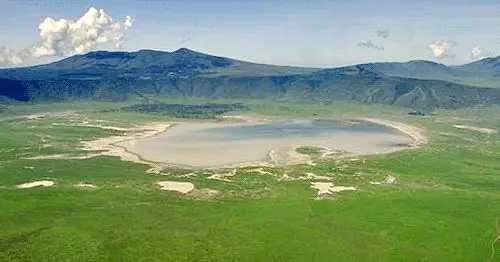 About 2.3 million years ago, the volcanic ash of Ngorongoro was erupted, and the volcanic ash was spread over the Serengeti, which also created the most perfect crater in the world. At the edge of the crater, the animals outside the crater are mostly difficult to migrate into, making about 2.5-3 million wild animals (including zebras, gazelle, leopard, donkey, wildebeest) inhabiting this nature reserve. There are also a large number of black rhinoceros) who are able to live and work in this place and live in harmony, just like the paradise. 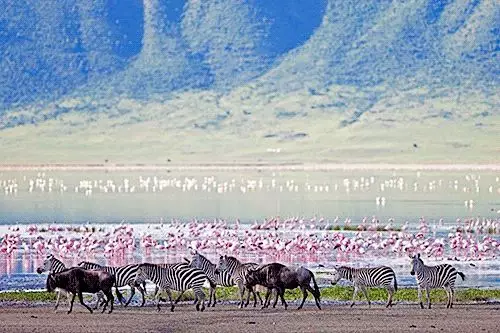 Lake Manyara National Park is adjacent to Tarangire, and the Lake District provides a treasured source of water for many treasured species. Hundreds of unobtrusive hangs on the side of the road, the blue monkeys flexibly jump between the mahogany, the antelopes carefully walk through the shade, a group of cats squat in the forest, the oversized hornbills at the top of the canopy The voice is called.Lions, cheetahs, buffalos, antelopes, zebras and giraffes all gather in this green plain. 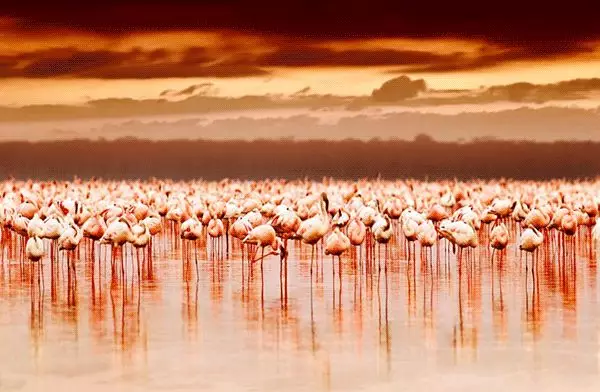 But to talk about the most star-shaped animals in Lake Manyara, it is not a flamingo. When the flamingos are gathered here, the spectacular scenes that cover the sky are enough to shock people. At this time, the entire lake will have a beautiful pink color. 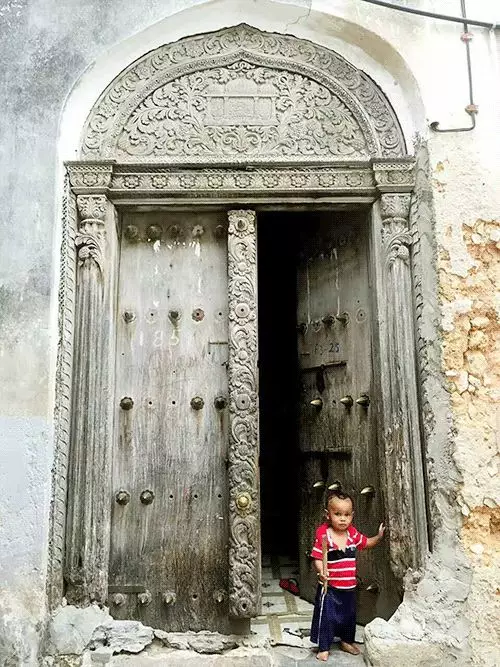 Zanzibar is located in the eastern part of Tanzania. The most attractive thing here is the fusion of three cultures: African traditional black culture, Islamic culture and Hindu culture. 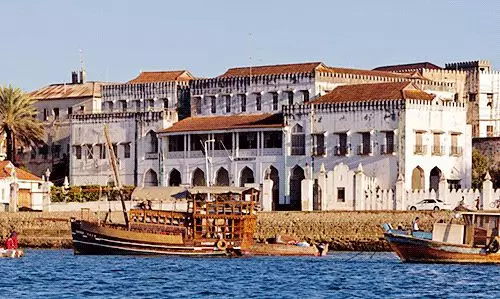 Zanzibar City is located on the west side of Zanzibar Island, the most famous area is Stone Town. It is also the most historical place in Zanzibar. The mosque and the Arab-style buildings and the labyrinths of the remains are the places to attract tourists. Another attraction to Zanzibar is its beautiful coastline and intoxicating beaches. 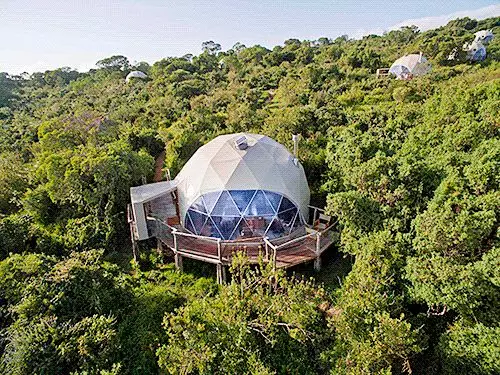 This one-of-a-kind resort redefines the travel experience of the Ngorongoro Crater area.

It is situated on the edge of the mountain forest, holding the Olmoti volcano and facing Ngorongoro Lake. And away from other camps, it has excellent privacy and comfortable personal space. Higlands found the perfect balance between a true wilderness experience and a high-profile modern escape. 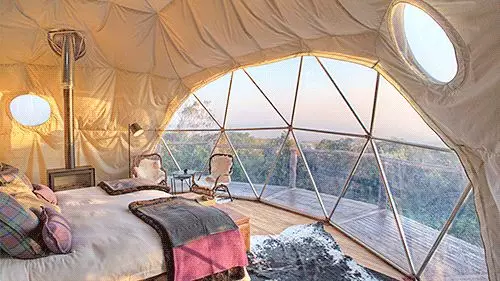 After a rest, experience the highlands of the Ngorongoro Conservation Area around the camp, home to leopards, buffaloes and elephants. A safari tour of Ngorongoro Volcano is absolutely amazing.

Dear partners at the designated time and place at the Hong Kong International Airport for check-in.

Take off from Hong Kong in the early morning and transfer to Dominion to fly to Kilimanjaro International Airport in Tanzania. Upon arrival, pick up your flight to Arusha and check in at the hotel. 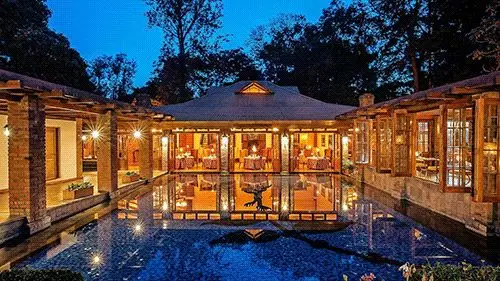 Drive to Tarangire National Park, where the density of wildlife is second only to Serengeti in Tanzania, with groups of elephants, zebras, antelopes, giraffes, buffaloes... gathered in Tarangire The valley is bordered by several large permanent swamps. Especially in the perfect dry season, tens of thousands of animals come here to find water and forage, as well as the fascinating landscape of baobab trees. Today we will open the curtain of “safari safari” here! 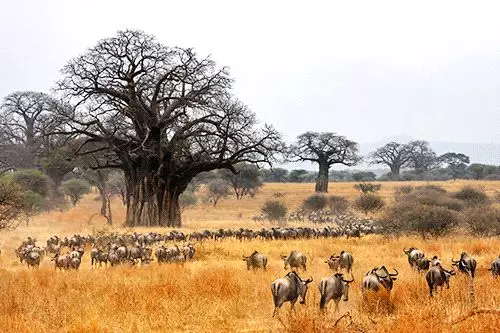 Drive to the Serengeti National Park, the prototype habitat of the main character of Simba, the Disney classic "Lion King". 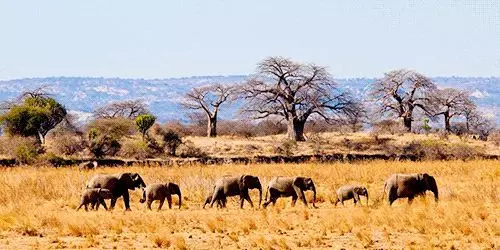 In the morning, take a hot air balloon ride to Serengeti. Nothing can compare the aerial view to the panorama of the land. Take a hot air balloon and fly over the Serengeti to admire the magnificent view of the rising sun. The vast land is gradually waking up, and the animals are swarming through the feet.

Drive to Ngorongoro Volcano at 8,000 feet above sea level. After reaching the edge of the volcano, you must continue to climb up to the outside of the crater. The first sight here is the magnificent scene known as the "eighth wonder of the world." 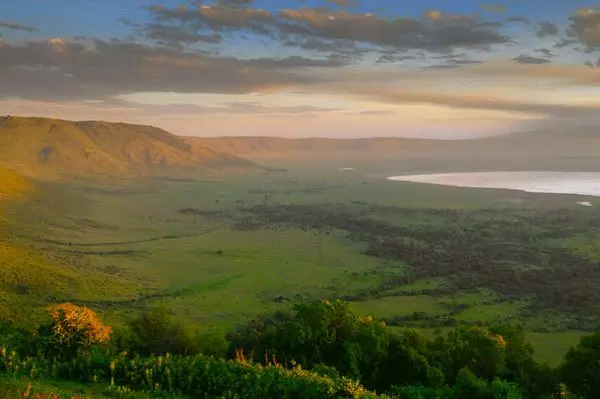 After breakfast, drive to Lake Manyara National Park for a tour.

After lunch in Arusha, head to Zanzibar Island and stay at the best hotel in Stone Town, Park Hyatt. This luxury hotel is located in the UNESCO World Heritage - Stone Town Sea coast, reclusive in Stone Town complex in the winding streets. 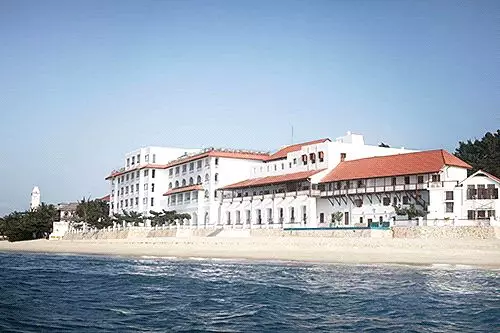 Stone City sightseeing. This journey will take you to the legendary Stone Town, where history seems to be stagnant. Visit the wonders of Zanzibar such as the Miracle House, the Royal Palace Museum, the Living House of Livingstone and the Arabian Castle. You will see the lively bazaars in the Stone Town of Zanzibar, the winding alleys, the tall, carved wooden doors, and the two cathedrals and countless mosques! You should not miss the ruins of the Bargas Sultan Palace in Malachi, which will give you an insight into the deep history and vibrant culture of Zanzibar.There are some great gift shops in Stone Town, and there are plenty of souvenirs and handicrafts to choose from. 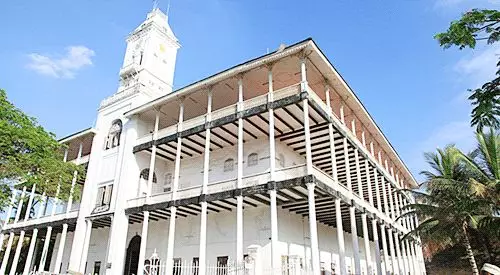 Half-day tour of the prison island. The name of this prison island is actually a misnomer, not the original intention of the builder, because the prisoner has never been imprisoned. However, the island was used by an Arab slave trader to detain the untamed slaves he brought from the African continent. In 1893, under the direction of the British Administrative Governor, a man named Looyd Meiathi ws built a prison to detain repeat offenders and recidivists from Tanganyika, but this idea never materialized. Finally, it was used as a quarantine center for yellow fever, as yellow fever continues to wreak havoc in this area. Nowadays, the damaged cell of this old prison is still visible, and now the island's protected animal Aldabra turtles use it as a temporary residence. As a tourist destination owned by the government, visitors can feed turtles here. 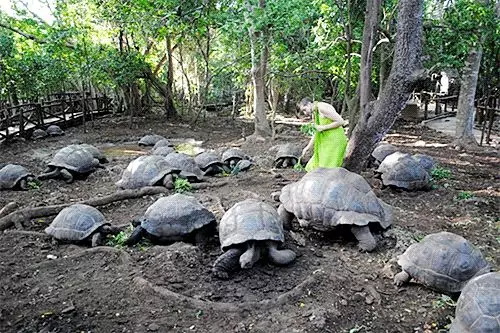 First go to the sand bank and pass through the Menai Bay Conservation Area. Then head to Kwale Island for lunch and enjoy the seafood BBQ, and enjoy the sun and the beach on the beach. After the beautiful sunset, return. 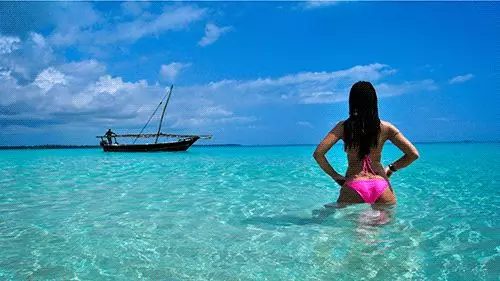 After sleeping until you wake up naturally, enjoy breakfast at the hotel.Concentrate on the time, go to the airport, and return to the country by flight.

2. Hotel: The hotel listed in the itinerary or the same level, with two people sharing a double room as standard;

3. Meals: Meals listed in the itinerary (local meals do not contain alcohol);

4. Car: The four-wheel drive off-road vehicle is used throughout the inland safari in Tanzania (guarantee at least one seat for one person);

5. Sightseeing: All tours are as described in the itinerary and include the first entrance fee for each attraction (excluding small tickets);

7. Drinking water: one bottle of mineral water per person per day;

8. Service charge: The tour guide and driver will pay the full service fee.