In addition to hot-air balloons, there are Dead Seas & paragliders you don't know about 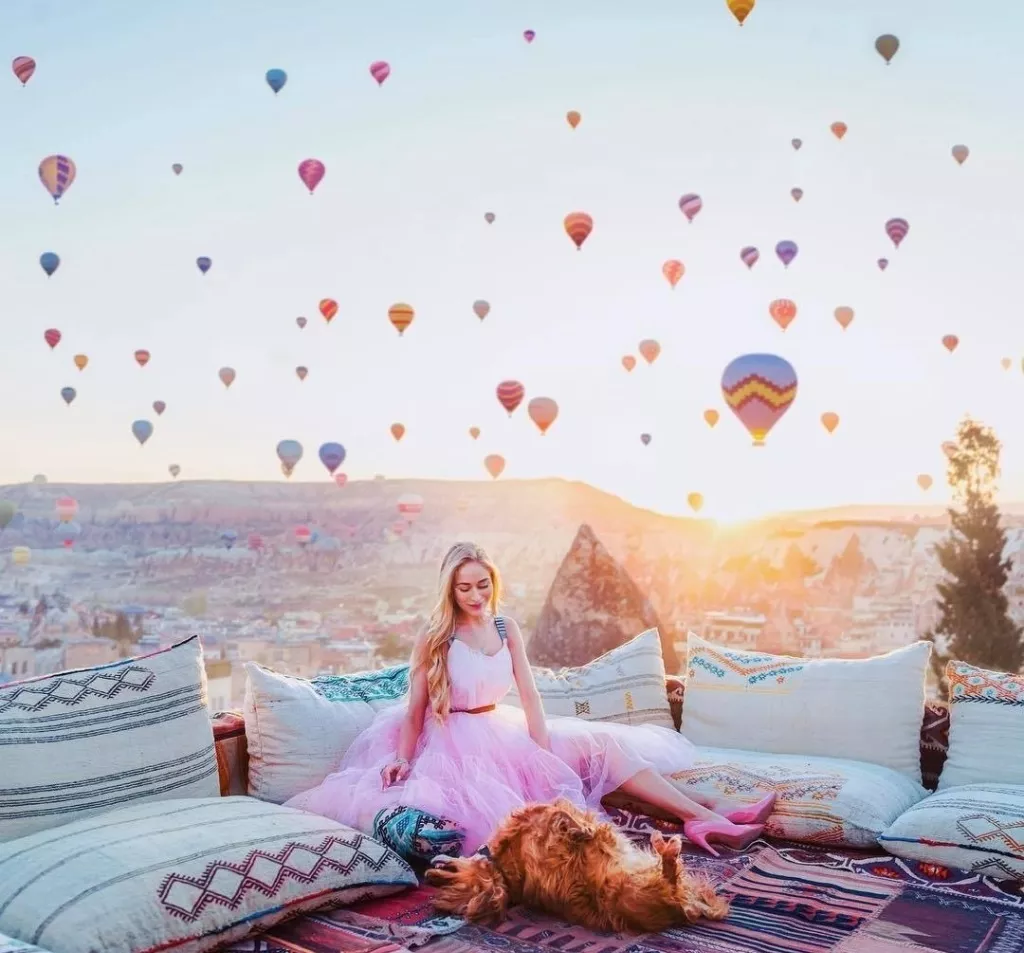 But romantic Turkey, there is a seaside experience you don't know ! 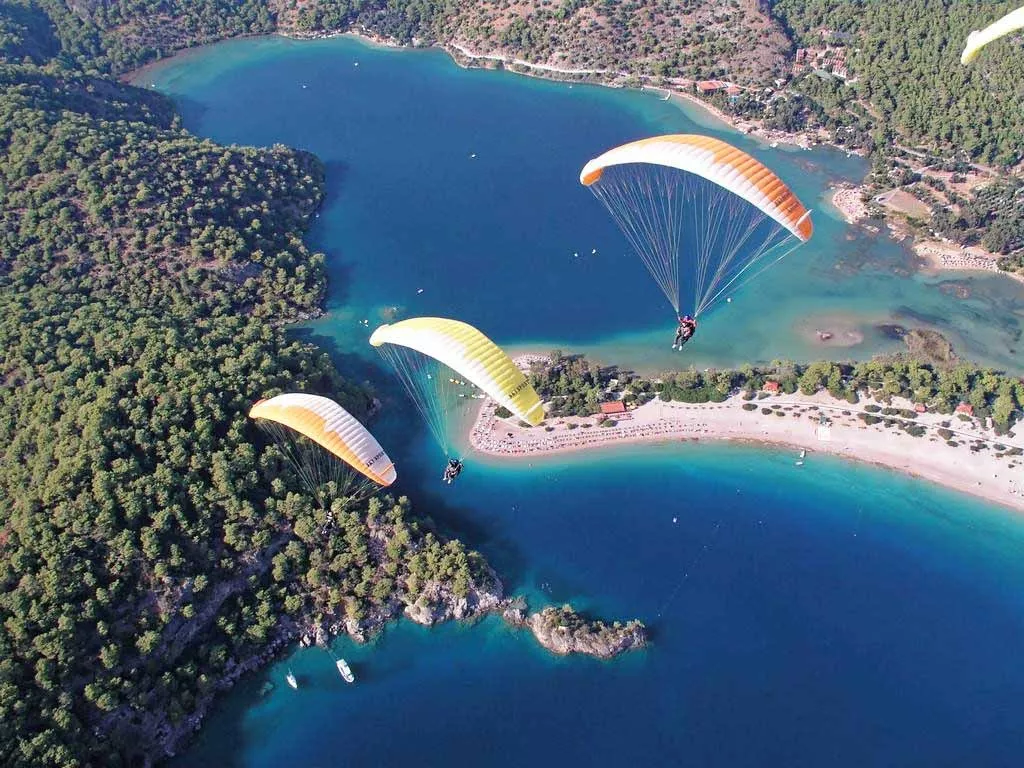 In addition to the classic gameplay you know, Turkey has a Dead Sea that you don't necessarily know . We'll take you to the southern coast of Turkey and enjoy the beauty of the Mediterranean coast.

[Turkey Dead Sea] is located south of Fethiye. It is the same as the famous [Israel Dead Sea]. The Dead Sea in Turkey also has a high salt content, but it does not "Lying down reading a book" like the Dead Sea in Israel, but it makes it easier for you to float up~ 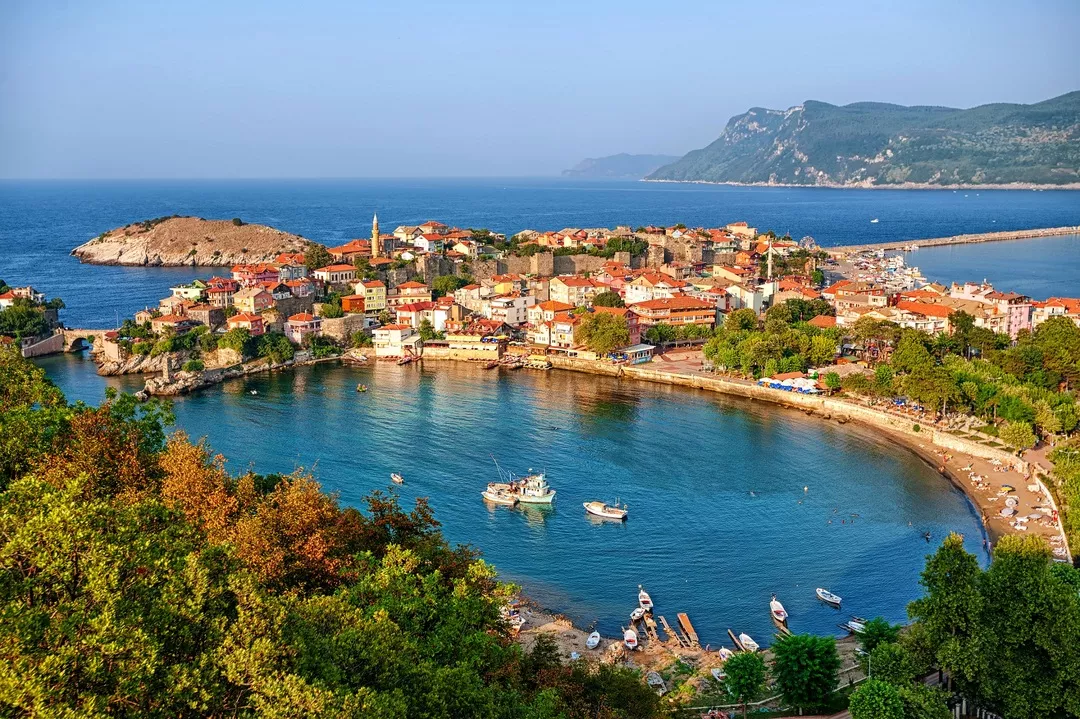 Named [Dead Sea], it is derived from the unique terrain here: the narrow coast divides the tranquil Mediterranean bay into two.

Due to the narrow area, the water on the inside is not as shocking as a mirror; on the other side, the sea is surging. A moving and quiet, showing a wonderful visual effect. 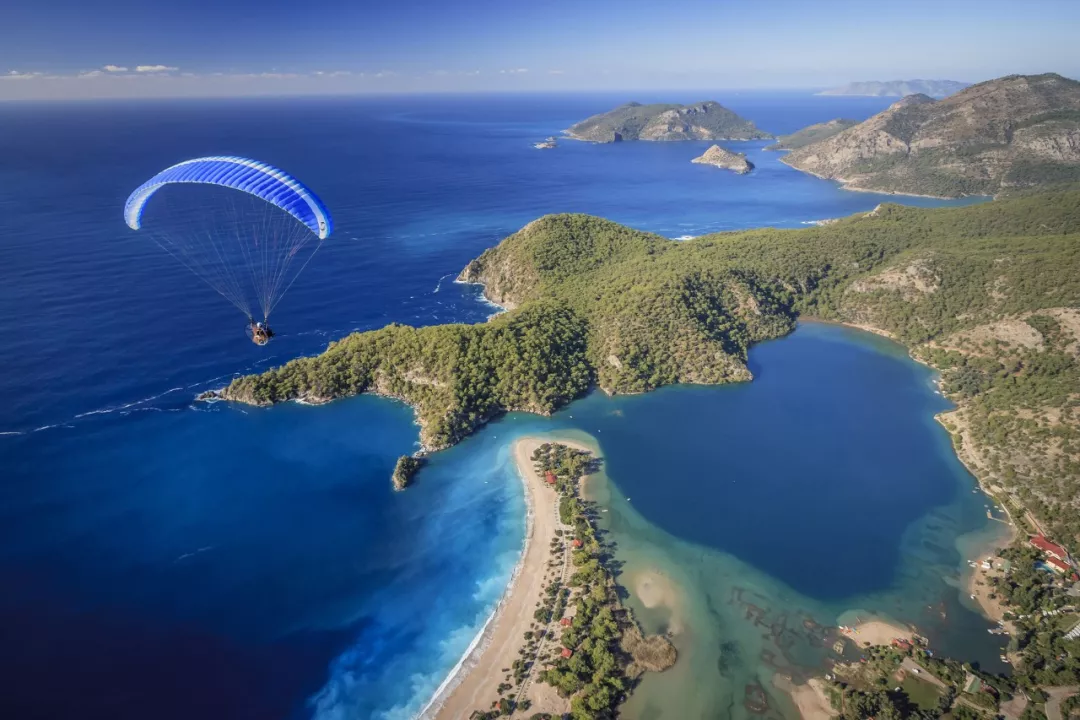 In Fethiye, how can you leave without flying paraglider!

From an experienced glider, take you from the 1900-2000 m high mountain, take a U-shaped umbrella and wind up across the unique white beach overlooking the blue sea and the entire green ridge. 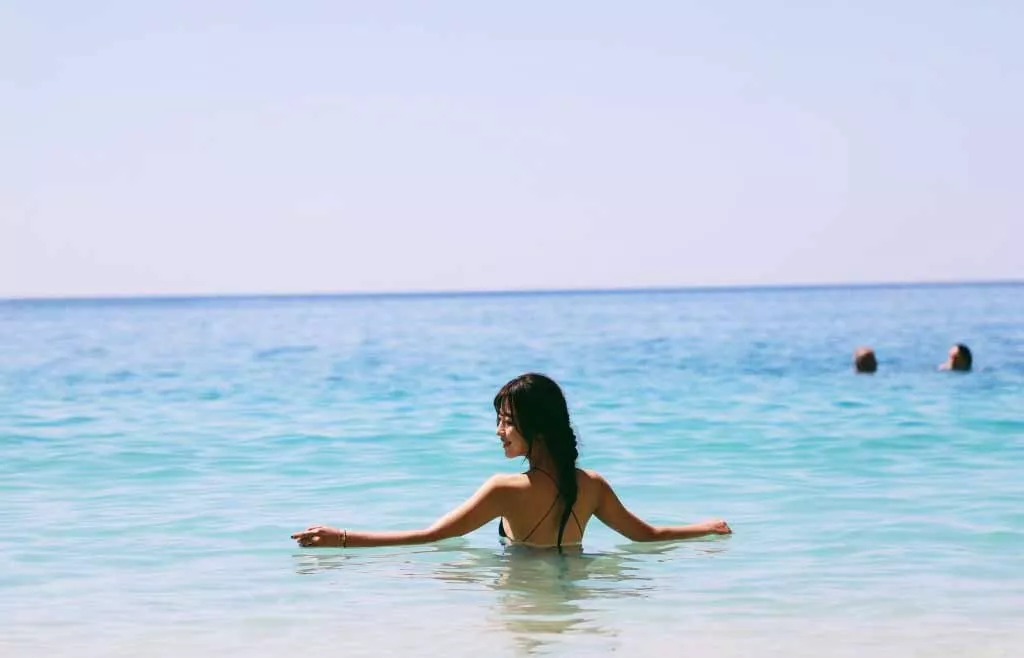 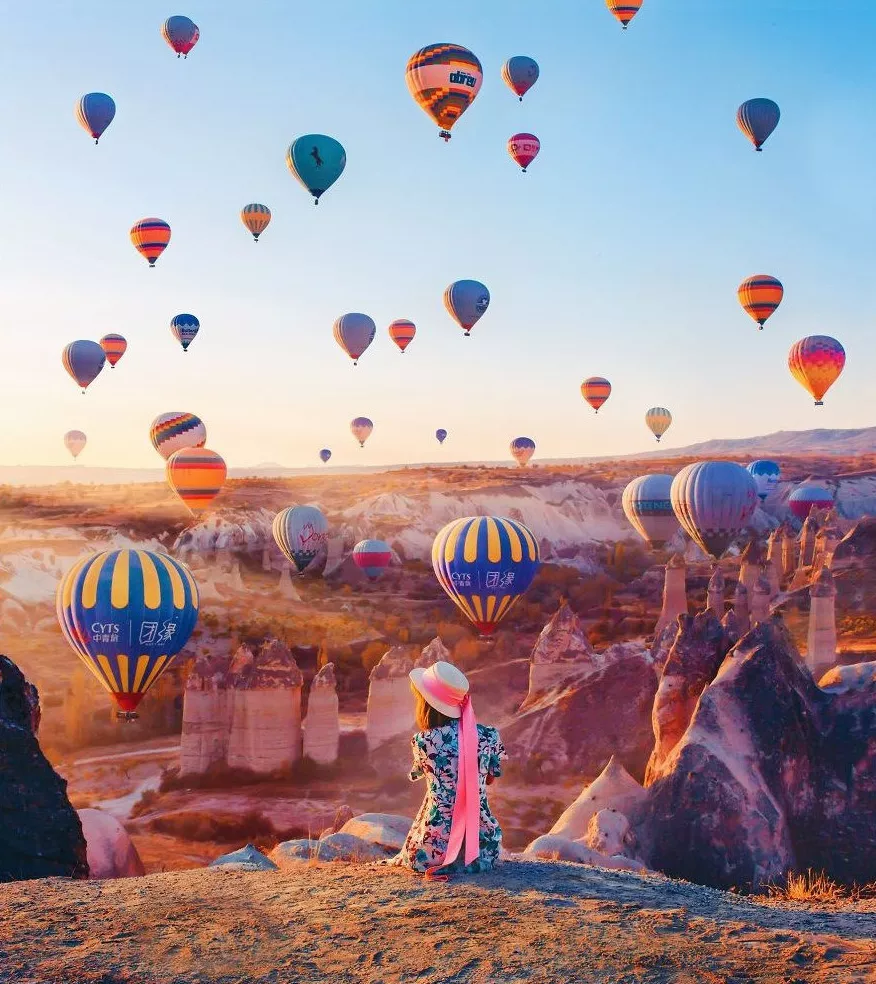 Cappadocia, Turkey, is one of the three most beautiful places in the world for hot air balloons. Kissing on the hot air balloon in Cappadocia was also included in the "To do list" by many couples. 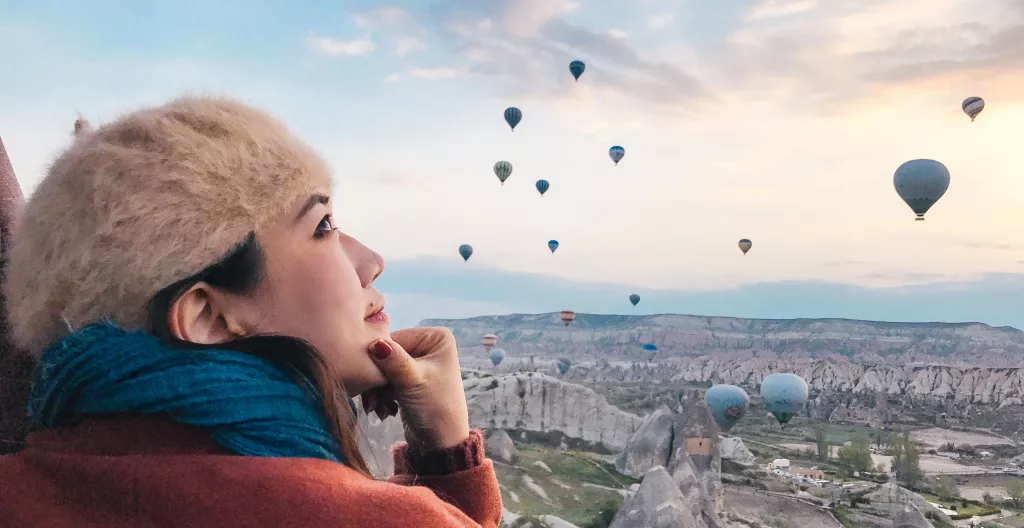 The colorful hot air balloon fluttering through the stone forest, the undulating mountains, the curved river, and the distant town scattered under the feet. The fear of Fangcai disappeared in an instant, and only the infinite wonders of the eyes were seen. 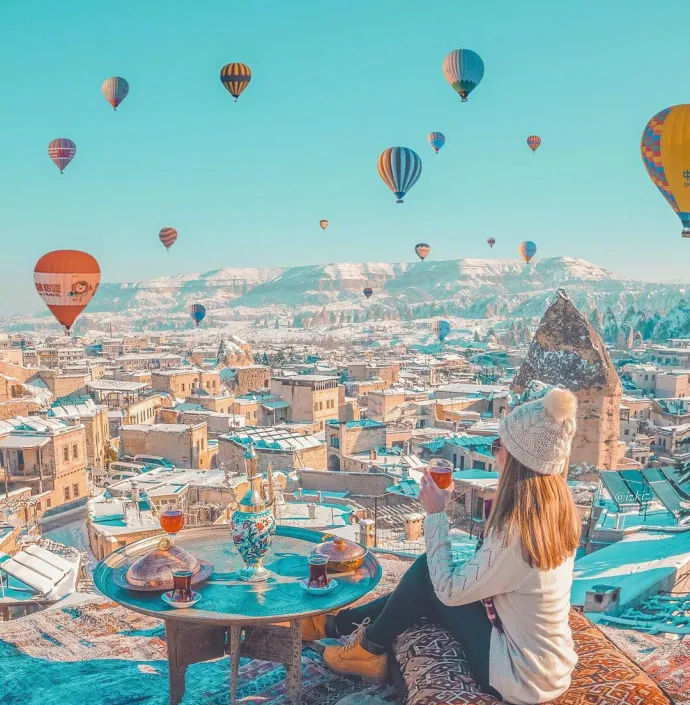 Bring your favorite Ta and go to a dreamy covenant of Cappadocia, flying in this romantic sunshine.

In winter, it is a fairy tale in the snow; in the evening of summer, it is transformed into a pink cloud world where girls are bursting. In any season, sit on the hot air balloon in Cappadocia, and the scenery under the sky is amazing. 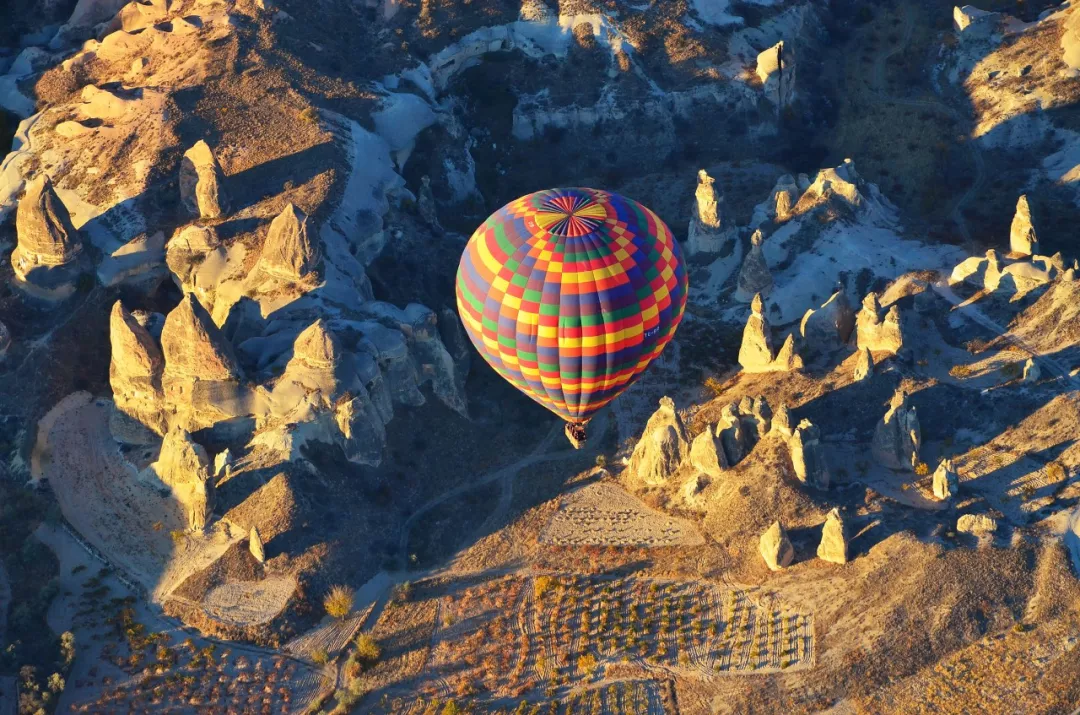 Goreme is the center of Cappadocia and a representative of a unique Christian culture. In 1985 it was listed as a double heritage of nature and culture in the world.

There are more than 30 rock cave churches in the Goreme Valley, decorated with beautifully preserved murals. 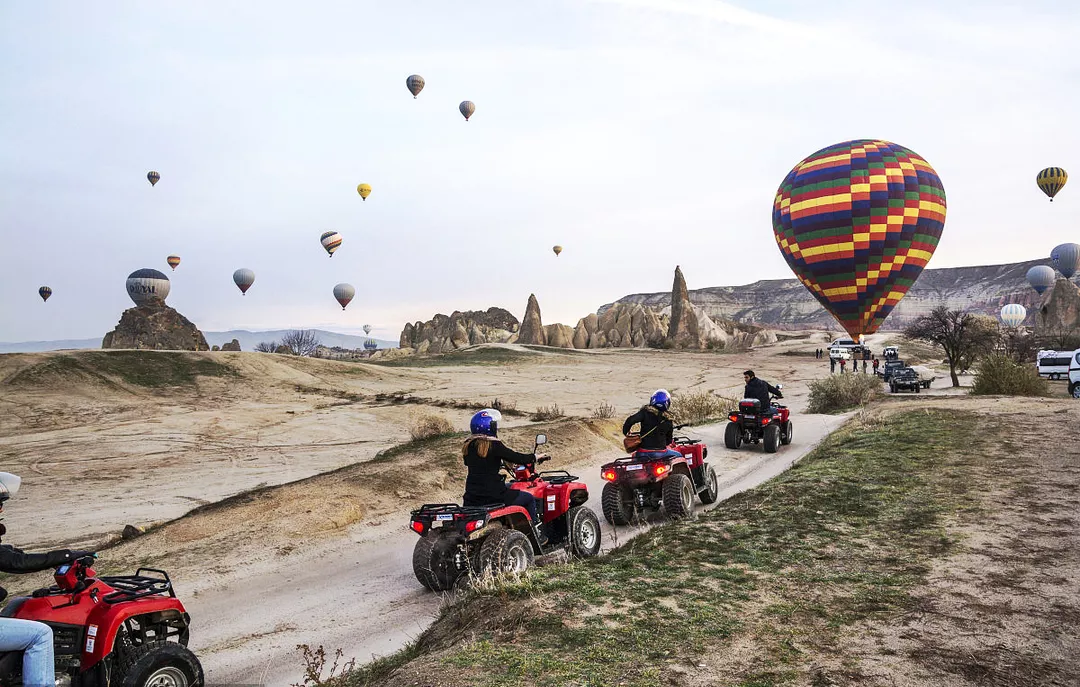 In an exotic Turkey, come on a heartbeat trip.

Follow us and go to the Anatolian Plateau. Driving off-road vehicles through the canyon, the rock is like a sword inlaid on the plateau, experience speed and passion. 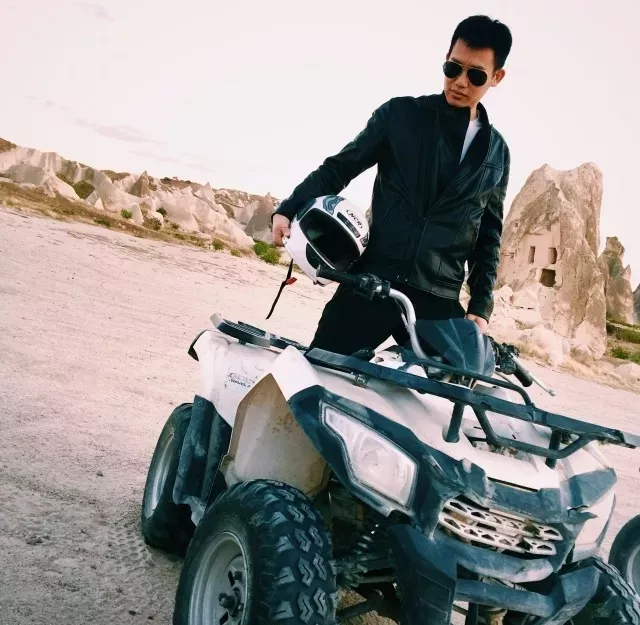 We equip you with professional coach guidance, 5-10 minutes of driving adaptation training, one hand brake, one hand throttle, control the direction to turn the armrest, it is very easy to get started.

Istanbul / Cross the strait by Cruise 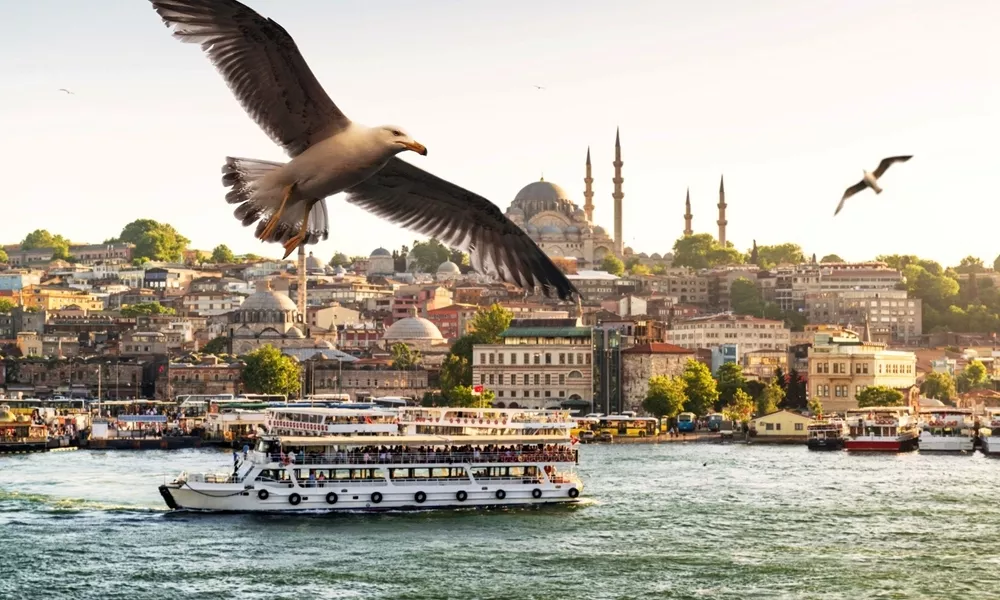 The Bosphorus, also known as the Strait of Istanbul, borders the Black Sea in the north, the Marmara Sea in the South, and the Mediterranean Sea. She divides Turkey into two parts, Asia and Europe. 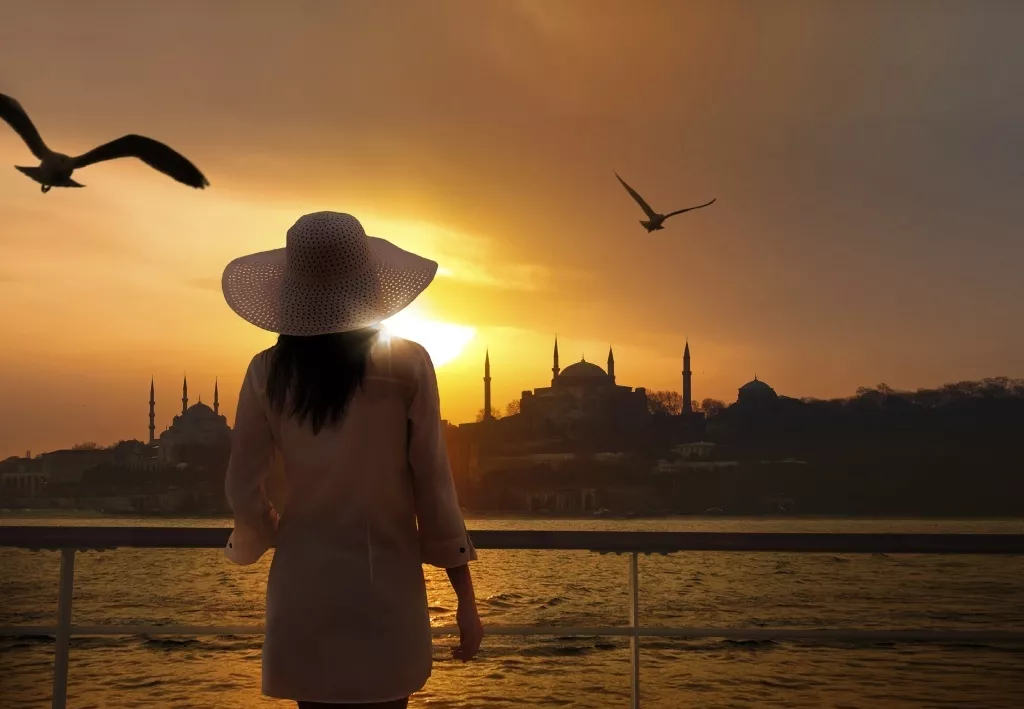 Take a cruise and cross the Istanbul to see the mosques and palaces on both sides of the strait. You can also cross the bridge and overlook the city.

Look at the sea and sky. The sea birds are flying, the sea breeze is attached to the ear, and the waves are surging. It is definitely a pleasure. 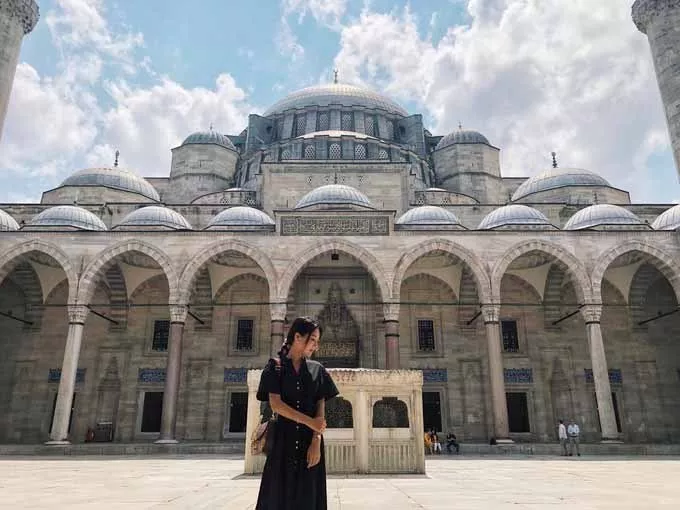 The Blue Mosque, also known as the Sultan Ahmed Mosque, reflects light through the stained glass and then reflects it on the blue tiles, giving the entire mosque a fascinating color. 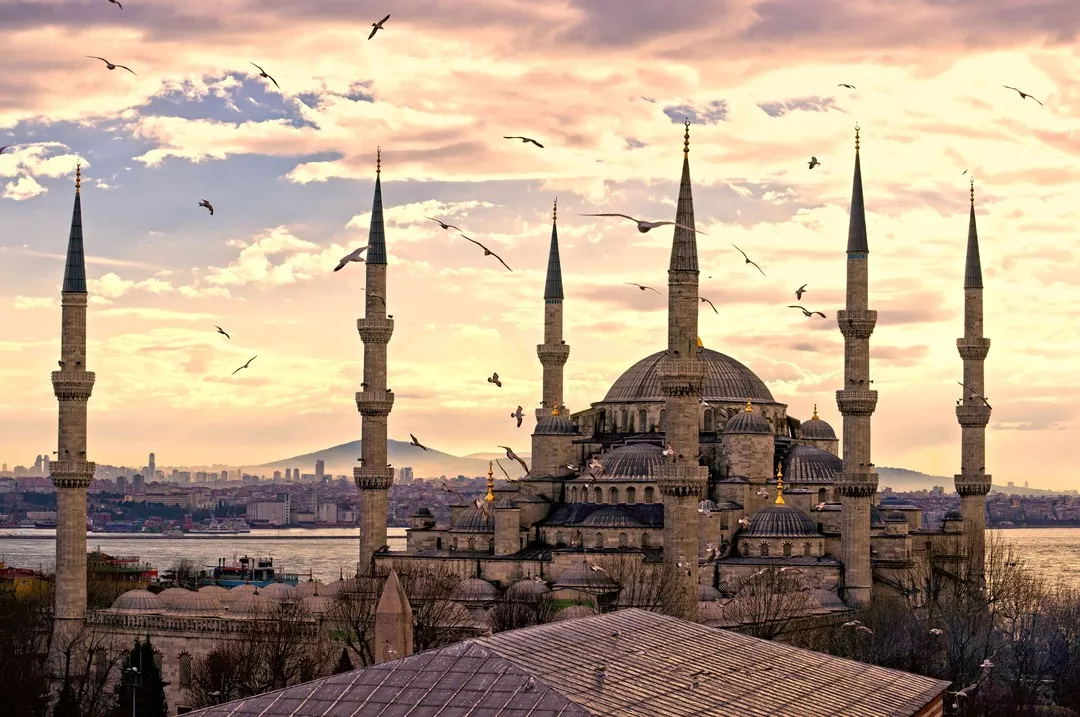 In the afternoon, let's listen to the sounds of the city that are full of ceremonies. 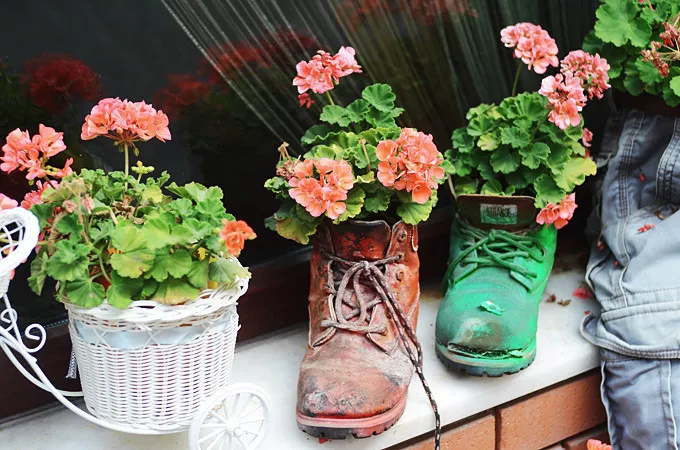 Walking on the streets of Istanbul, feel the bourgeoisie that is not made here. Not to attract tourists, this pursuit of beauty is the most special existence of Istanbul. 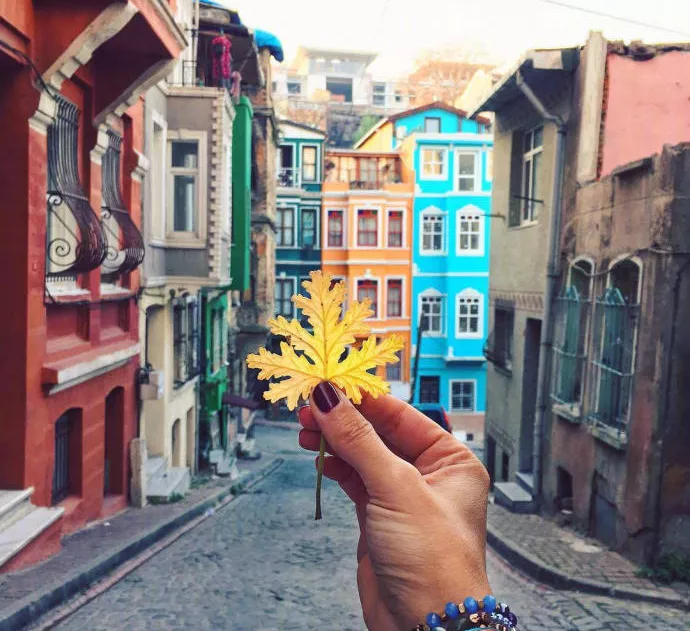 In Istanbul, there is no clear destination. Feel free to walk on the street, look at the painted streets, look for lazy cats, dogs and cats, is a great enjoyment. 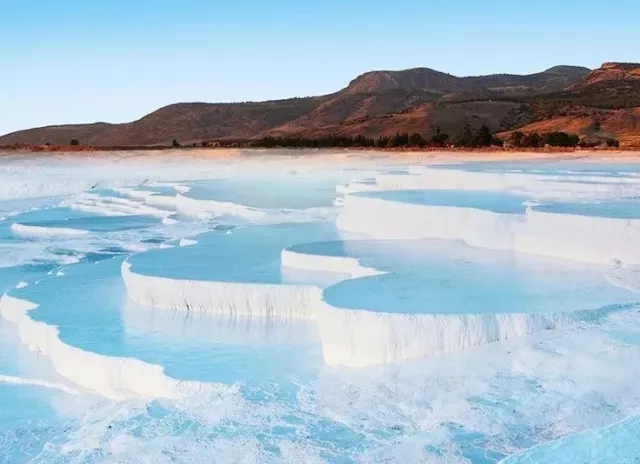 When you come to Turkey, you have to go to Pamukkale, a World Heritage Site. A pool of blue hot springs like mirrors and cotton-hills form a purely beautiful picture. 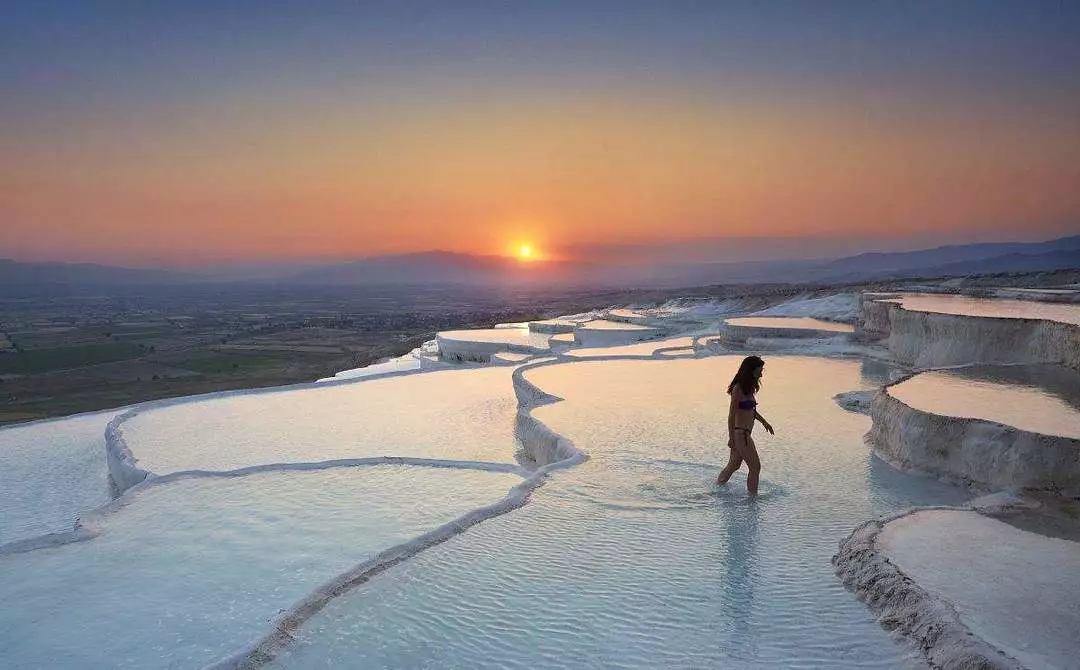 "Cotton" is actually a source of hot springs flowing down the hillside, the limestone deposits along the way, and over time, a piece of stepped calcified dyke is formed. Over time, the oddly shaped hills look like soft cotton, hence the name “Pamukkale”. 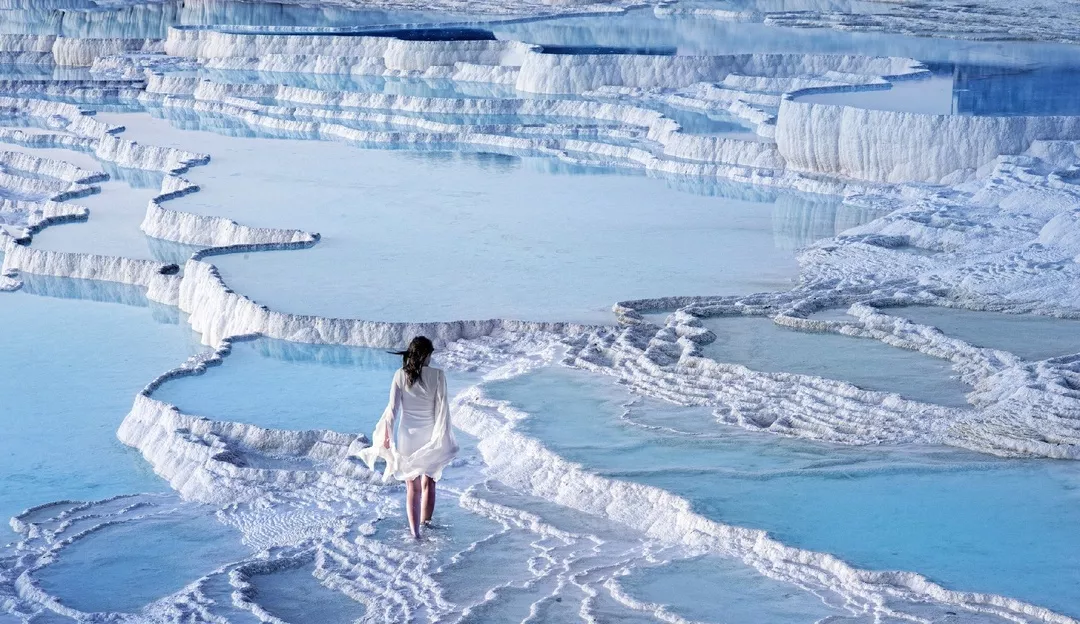 The pink-blue hot springs have a history of thousands of years. The hot springs of different shades, the water temperature is maintained at 36-38 ° C all year round, it is said to have magical effects on rheumatism, skin diseases, gynecological diseases, indigestion and neurasthenia. 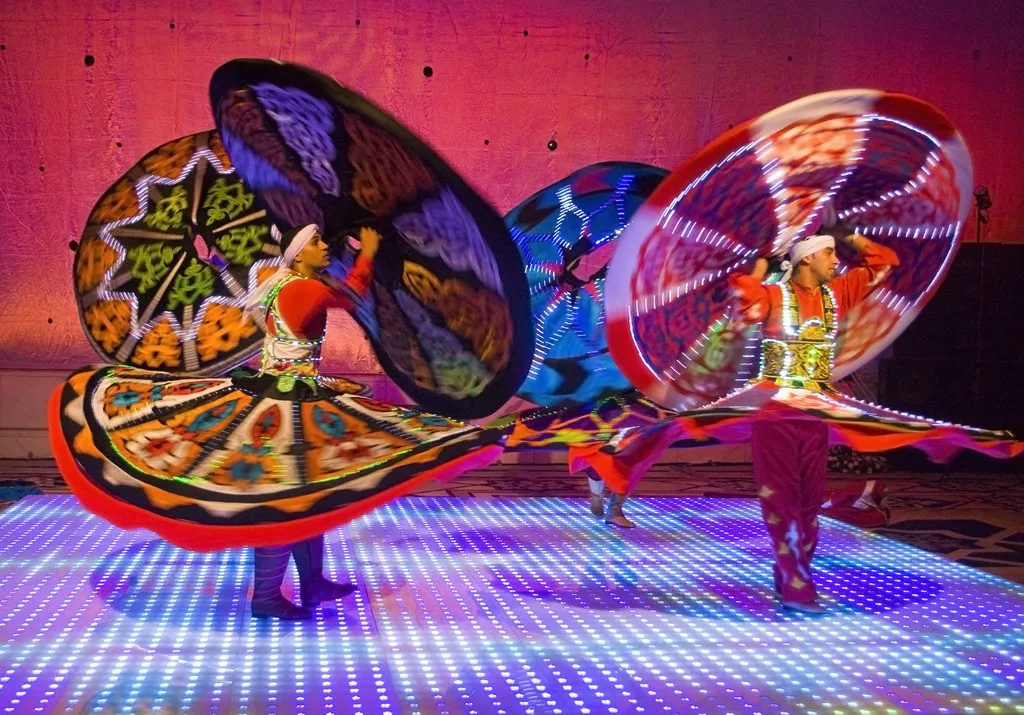 Konya is a veritable ancient city whose history can be traced back to prehistoric times.

Konya is the birthplace of the Rotary Dance. The dancers embraced their chests with their hands, closed their eyes, and turned their heads to one side. With the music as if they were crying, they slowly stretched their arms and turned counterclockwise. The floating skirt was like a blossoming white lotus.